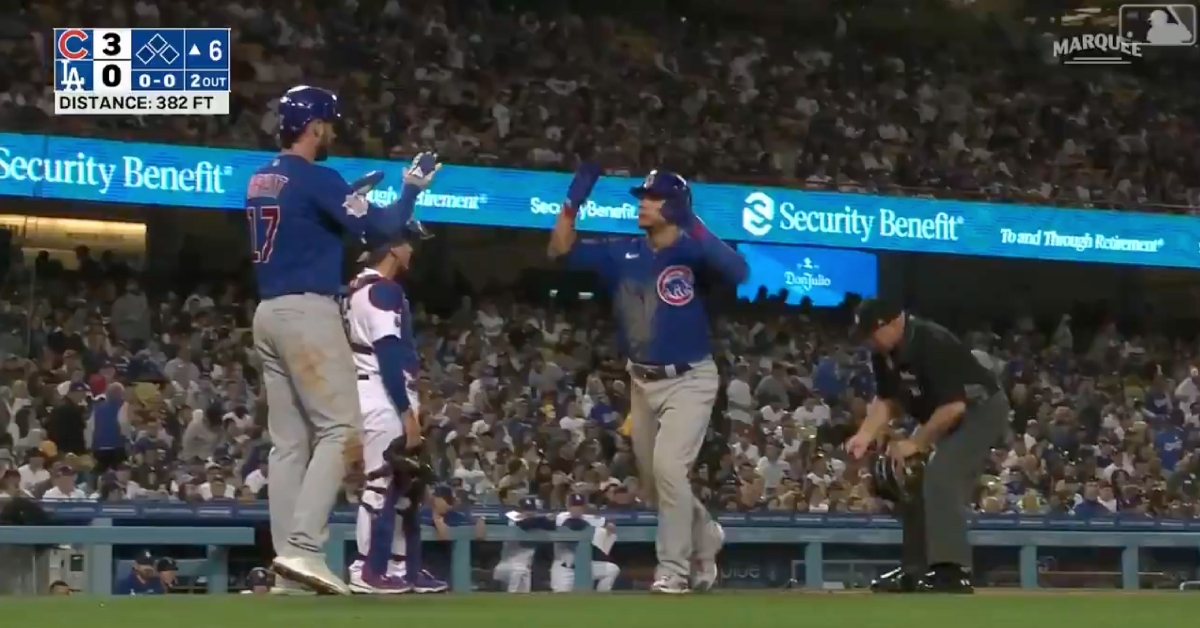 Willson Contreras collected his 13th home run of the year with a two-run blast against the Dodgers.

LOS ANGELES — Sending a high drive just over the left field wall, Chicago Cubs catcher Willson Contreras increased his club's lead to 3-0 over the Los Angeles Dodgers on Thursday. The two-run jack off starter Walker Buehler came with two outs in the top of the sixth.

Contreras' 13th long ball of the year, the 382-footer plated third baseman Kris Bryant, who led off the inning with a walk and later stole second base. Buehler was taken deep for the second time in the game, as shortstop Javier Baez homered off him with two outs in the first frame.

Making contact on a 95.2-mph four-seamer, Contreras lifted the pitch out to left field at 101.4 mph and 35 degrees. The moonshot at Dodger Stadium increased Contreras' 2021 RBI total to 30.