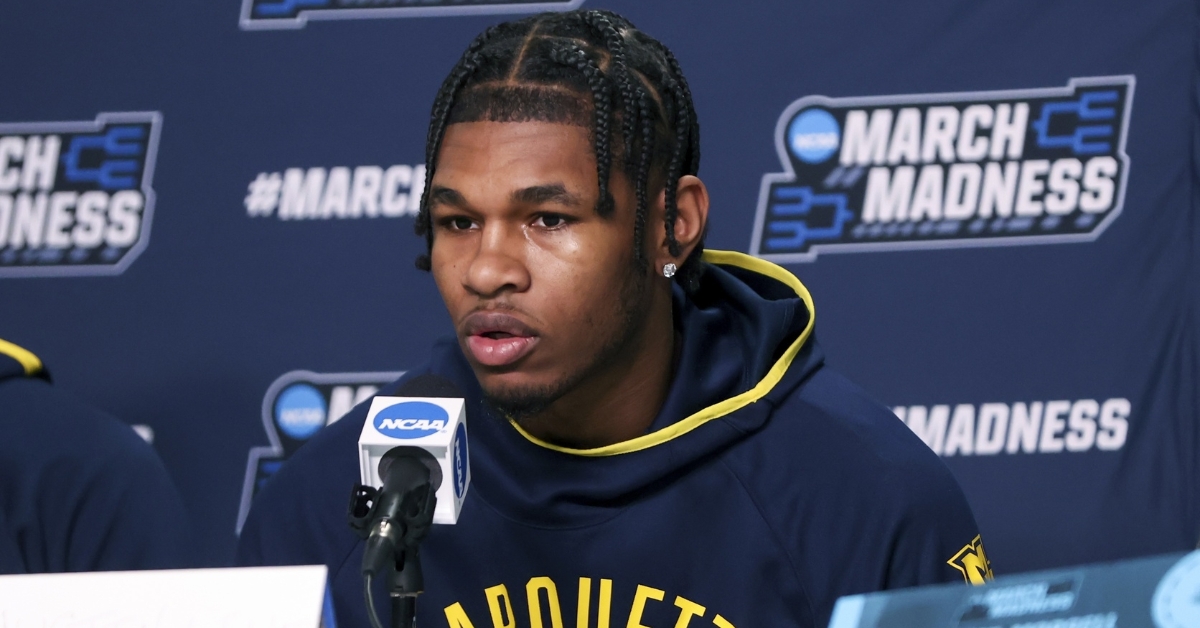 Although the Bulls only had one selection in the 2022 NBA draft and used it by making a surprising pick, the team wasn't done adding to their roster. Once the draft concluded, you had the undrafted free agency period where those left undrafted could sign with anyone they would like.

With so many prospects still searching for homes next season, it wouldn't surprise anyone to see the Bulls land a few more players for the Summer League with the opportunity to land a two-way deal. The one player we know for sure is coming to Chicago agreed to terms on a two-way contract last night in Marquette forward Justin Lewis.

I know what you are thinking, what will an undrafted piece bring to the table. Well, Devon Dotson was an undrafted player a few seasons ago, and after his play in the G League last year may have a spot on this roster next season. No one will sit here and compare Lewis to Dotson because they are not the same type of player.

Not only did most feel he was a mid-second round talent, but virtually every scout had him ranked between 42-44 in terms of the best overall prospect. When you look at guys like EJ Lidell falling to the second round, sometimes those rankings mean nothing as teams have other ideas about who they like.

This could go down as the steal of the night for the Bulls as Lewis will not only be part of their Summer League roster, but will be able to compete in both the G-League and regular-season games with his deal. At 20 years old, Lewis provides a similar length to first-round pick Dalen Terry, but offers much more size.

Not only will that help give the Bulls some much-needed frontcourt if he finds a way onto their roster, but with a much more prominant scoring role in college, Lewis has flashed an ability to create some of his own offense off the dribble with a bully-ball mentality. That is very important at the NBA level as often; you must play ISO ball and create your own shot.

While his offensive numbers are not going to be as good at the NBA level, or you wouldn't expect them to be, he does project to be a switchable defender like Patrick Williams. That should allow Billy Donovan to play him on multiple players at different positions to create matchup problems on the defensive end.

Although not the quickest player on the court, Lewis has tons of explosiveness around the rim and often plays much bigger than his size indicates. While the offensive numbers are encouraging, his overall offense can be clunky at times, but his shooting numbers are good enough to give you confidence he can make it at this level.

Lewis shot 76% from the free-throw line, 35% from a distance, and 50% from the field. Considering how highly he was ranked heading into the draft night, I have to imagine he had plenty of interest in the undrafted free-agent market, so the fact the Bulls inked him to a two-way deal feels like a win. He gives the Bulls two draft picks instead of one, and they gave nothing up to get him.

A two-day deal is helpful because it allows the Bulls to stash him in the G-League should they feel he needs more seasoning. If called upon for the NBA roster, you then have to look at whose place he would take. Malcolm Hill and Tyler Cook seem like the most likely options as both of them had two-way deals last season and are not out of the picture.