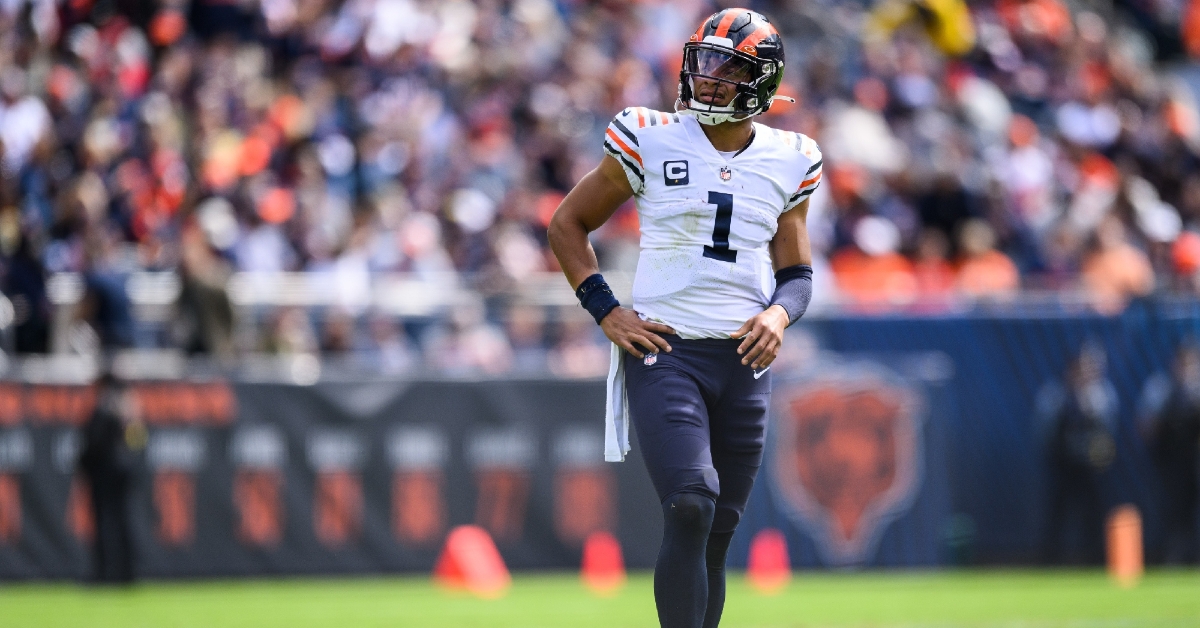 There was some good and bad on Sunday afternoon as the Bears won their second game of the season. The Bears are now 2-1 after getting past the Texans, 23-20 at Soldier Field.

So let's take a look and give out some grades based on the performances by position after the win over Houston:

Justin Fields has had better games in his career, completing only 8-of-17 passes for 106 yards and two interceptions on Sunday. Fields ran eight times for 47 yards and made some nice throws down the stretch, but he needs to make better throws if he wants to continue progressing.

David Montgomery finished the day with just three carries for 11 yards before he was sidelined with a lower-body injury. Khalil Herbert was excellent in response, with 20 carries for 157 yards, and caught two passes for 12 yards. Trestan Ebner also carried the ball seven times for 23 yards. Bears will hope to keep the running game involved as the season continues.

The passing game was not active, primarily due to a conservative game script. Third-year wideout Darnell Mooney caught just two passes for 23 yards. Equanamius St. Brown caught a pass for 20-yards, and he carried the football twice for 43 yards. Nobody else got involved aside from an 11-yard catch from Byron Pringle. The Bears certainly have some playmakers they will look to get the ball to more.

This unit has talent with Cole Kmet and Ryan Griffin, but they have not been active. Cole Kmet led the Bears with two catches for 40 yards, his first time showing up on the box score all season. Keep an eye on this unit to step up and make some plays.

The offensive line was terrible, allowing five sacks of quarterback Justin Fields and allowing pressure on him all day. What saves the grade is the holes they opened up in the run game, but they need to do a better job of keeping Fields upright.

The defensive line wasn't great. Justin Jones was the only lineman who came away with a sack, and the Texans' run game was solid. The d-line has to do a better job putting pressure on their opponents.

Roquan Smith had 16 tackles and was everywhere for the Bears, including a game-sealing interception. The rest of the unit was involved — but Robert Quinn was far too quiet.

This unit was special on Sunday. Eddie Jackson came away with an interception, and Jaquan Brisker was heavily involved well.

Kicker Cairo Santos made two extra points and three field goals. Tristan Ebner had three returns for 52 yards which was solid, and Trenton Gill punted four times and was able to land one inside the Texan 20.

The play calling was not improved in Matt Eberflus third career game with the Bears. The Bears came out the gates hot on the first drive and struggled to get anything going offensively after for the most part. It seemed like the coaching staff lacked confidence in quarterback Justin Fields and does not want him to be throwing the football.

Nonetheless, week 3 is in the books, and the Bears open the season 2-1. A New era of Bears football is upon us.