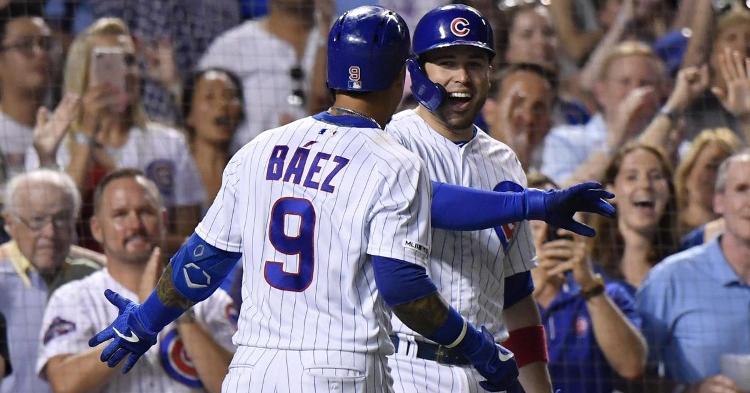 The Cubs have 44 games left on their schedule in 2019. Of the 44, 26 of the games remaining are against the division, 23 are against teams with playoff hopes, only two are inter-league games, 23 of them are on the road, and 21 of them are at the Friendly Confines.

To beat Pecota’s prediction for the Cubs record, the Cubs have to go 16-28 the rest of the way. To hit the over on the Vegas Odds, the Cubs must go 25-19.

The Cubs do not have to play any first-place teams the rest of the way, as the Cubs are finished with the Braves, Dodgers, and Astros and never had to play the Yankees or Twins.

In terms of the Pirates, the Cubs play them on the road twice and at home once for the remaining nine games against the Pirates (49-69). The Cubs are also finished traveling to Cincinnati as they only have one more series against the Reds (56-61) and it is at Wrigley Field. The Cubs play the Brewers (62-57) seven more times, three at home and four on the road. Finally, the Cubs take on the second-place Cardinals (61-55) seven more times, for a four-game home series and a three-game road series within the last ten games the Cubs play.

The Cubs began their season on the road and have struggled since only garnering 23 wins in 58 chances. The worst the Cubs have ever done under Maddon on the road is 44 wins, and the Cubs are on pace to fall far behind that mark. The Cubs have made up for their road woes at home, however, having a 41-19 record at Wrigley Field this season.

Division or not, the Cubs need to take advantage of the 21 games they have against below .500 teams. If they can win two-thirds of those games (14-7) and split against the above .500 teams (12-11) the Cubs would hit the Vegas over, hit the 90 win mark for the fifth consecutive season and be in a great position to play October baseball.

The division is there for the taking, and with 44 games left the final chapter of the regular season has yet to be written, but the Cubs have the pencils in their hands.