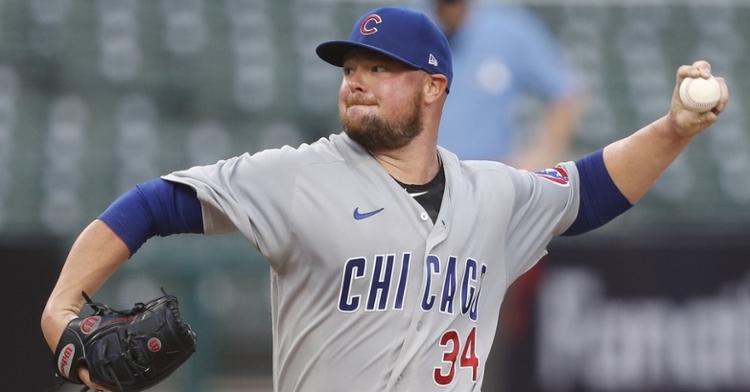 When thinking of the last half decade-plus of Cubs baseball, a few familiar faces immediately come to mind.

When you take that a step further and dive into those players who made the biggest difference in Cubs history over the last half-dozen years, one name should immediately come to mind: Jon Lester.

It has not been lightly emphasized that Lester’s impact in Chicago has been monumental to the organization’s recent success. Lester’s signing was truly the first shoe to drop in the Cubs’ rebuild turning from bad to good, and it happened quickly.

Lester’s leadership paid dividends on and off the field, and his postseason prowess was a huge reason the Cubs made and won the World Series in 2016.

At the end of the day, Lester is a borderline Hall of Famer who has a strong argument to have his No. 34 jersey flying from the Wrigley Field foul pole. And a large chunk of that career was spent changing the way outsiders look at the Chicago Cubs, once lovable losers turned into expected winners.

Lester signed a six-year 155 million deal ahead of the 2015 season — which included a $25 million option for 2021 that the Cubs understandably declined, considering Lester’s performance has also declined over the last few years.

However, when Lester became a free agent it was highly reported that both he and the Cubs had a mutual interest in coming to an agreement. Lester was set on finishing his career in Chicago and reaching his 200th win as a member of the Cubs — and the Cubs need innings eaters and there have not been many better at doing that than Big Jon over the last decade.

However, the Cubs have been so tight financially that they have done far much more subtraction than addition this offseason — despite the fact that ownership has poured money into a sportsbook, renovating the neighborhood, launching a network and even political campaigns — and that Lester’s price tag somehow was too steep for Jed Hoyer and the Cubs to reach.

For Cubs fans, it shows how dramatically things can change from bad to good, and good to bad.

Six years ago, the Cubs dove deep into the free-agent pool and made a franchise-altering splash, signing Lester for six years and 155 million dollars. Now, they find themselves one World Series title richer, but too poor to afford one of the organization’s most impactful players for around five million dollars.