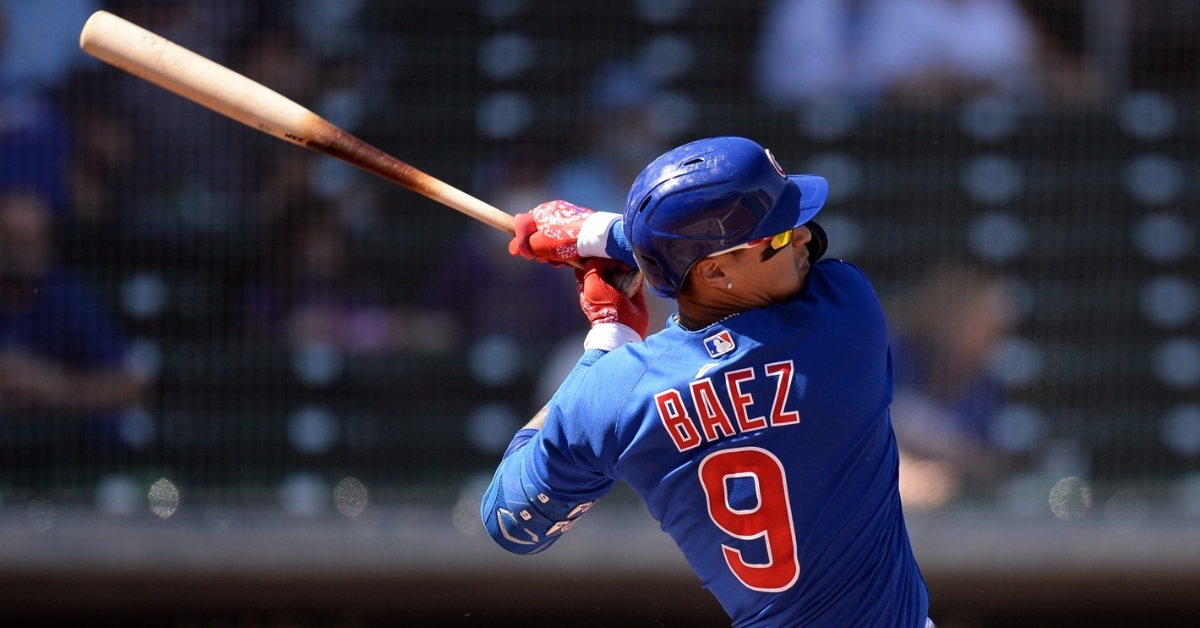 Javy Baez smacked a three-run homer yesterday and it was beautful:

Javy from all angles. pic.twitter.com/BIbWZ7G4jc

David Bote talked about having fans back at Wrigley in the following in-game interview:

"If you get a big inning going, things can unravel fast at Wrigley for an opposing pitcher."

Check out Dustin's three takeaways from the Cubs win against the Rangers:

"My mind is clear. I’m here," he said via Cubs beat writer Patrick Mooney. "I’m present. I enjoy the new faces around me. I enjoy my time at home. It’s a good feeling. I like to see fans in the stands again. “I’m not looking at it as my last year. Who knows what year it could be? I could have 10 more years here. Who knows? I could come back as a coach. I could live in Chicago. I don’t know.”

Speaking of Bryant, here are some projections for the upcoming season including his:

Cubs manager David Ross has 10/1 odds to win National League Manager of the Year in 2021, according to oddsmakers:

Vegas Line @betonline_ag have both Tony La Russa and David Ross 10/1 shots to win manager of the year award in each league. Toronto skipper Charlie Montoyo and Atlanta’s Brian Snitker both favorites to win at 7/1.

Help us wish a very Happy Birthday to Miguel Amaya!

Here's to many more home runs from @mamaya_9! pic.twitter.com/yvUp5AgDgj

Cubs first baseman Anthony Rizzo concentrating on the details during workouts on Tuesday:

see the ball, be the ball pic.twitter.com/PCWg4QHgH4

Interesting photo of David Ross with two diehard Cubs fans -- Bill Murray and Nick Offerman. What a trio to hang out with.

I’ve got some ideas for the dugout in 2021 @cubs pic.twitter.com/ur0vVJBbEC

Cubs President of Business Operations Crane Kenney talked to 670 The Score about having some fans back at Wrigley in 2021:

A video of some of the changes at Wrigley Field for 2021 because of COVID-19 safety precautions:

While a lot has changed since we were last together, our commitment to you remains the same: We will provide a safe, clean and friendly environment for you to enjoy Cubs baseball. https://t.co/JEZ0IU920j#CubTogether pic.twitter.com/rFXp8Kvtwh

Some rare footage of Brad Wieck throwing for one of the first times at Cubs camp:

Here is a throwback picture of Andre 'Hawk' Dawson in an Expos jersey and cap:

Andre Dawson's sacrifice March 9, 1987 saw him sign a "fill in the blank'' cheque with the @cubs after he left the #expos. There's a chapter on that in my upcoming book Never Forgotten available now thru pre-order at @chaptersindigo, later on @amazon. pic.twitter.com/stjC7var4X

Check out this rare photo of Chicago White Sox manager Tony LaRussa in a Cubs uniform from his baseball card back in 1974:

Good morning all! Up on the blog today, we have a "missing" 1974 card for future Hall of Fame manager Tony LaRussa, who appeared in one game during the 1973 season with the @Cubs : https://t.co/61Ybdzc1Vl @70sBaseball pic.twitter.com/aOeNLMpq2F