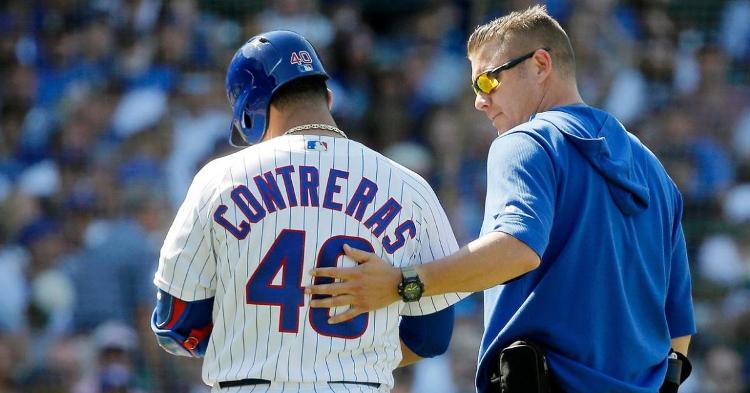 There will be playoff baseball in the Cubs organization this year as postseason play in the minor leagues begins Sept. 4. With the Cubs finishing the regular season with a perfect 4-0 mark, both Iowa and South Bend will get to see their seasons extended as they both advance to postseason play.

IOWA CUBS 9 – Memphis Red Birds 6: For the first time in over a decade, the Cubs found themselves advancing to the Playoffs as they claimed the PCL American Northern division championship at 75-65 following their 9-6 win over second-place Memphis on Monday.

With September call-ups ripping through the Iowa roster, the Cubs promoted a plethora of lower-level players to Iowa in hopes of continuing their season past the first round. One of those new players happened to be starting pitcher Michael Rucker who tossed two innings in what ended up being a bullpen-oriented game with seven pitchers seeing action.

The Cubs wasted no time backing their revolving door of arms on Monday with Trent Giambrone giving Iowa a 2-0 lead right away in the first inning on an RBI double. Following an RBI single in the second by Memphis, Vimael Machin went deep for his first bomb in AAA to extend the Cubs lead to 3-1.

Memphis refused to go down quietly as they struck again in the third inning. This time it was Ramon Urias getting in on the long ball fun as his ninth homer of the season made things even at 3-3. Iowa continued to keep the pressure on in the bottom of the third when Charcer Burks gave the Cubs the lead again on a bases-loaded single only to see the Red Birds respond in the fourth with a pair of homers to make things 5-5.

It was in the bottom of the fourth when Iowa was able to grab the lead for good as once again the bases were loaded. Zack Short provided the go-ahead run with a walk. That was followed the game-winning hit from Machin as his double extended the lead to 8-5. Burks added his second RBI single in the sixth putting Iowa up 9-5 as they managed to hold off the Redbirds from there for the 9-6 win.

It was all about the new faces in this one as both Burks and Machin recorded two hits each to go with three RBI’s each also. Phillip Evans and Giambrone joined them with multi-hit efforts as the Cubs bats were alive and well in this one. Willson Contreras continued his rehab stint by going 1-3 with one walk and two strikeouts as he hopes to be activated this weekend for Brewers series.

Capping the regular season with a win! Next stop -- playoffs! pic.twitter.com/emJpyqx54t

TENNESSEE SMOKIES 5 – Mobile Bay Bears 4: The Smokies capped off a brutal second half to their season on a positive note as they downed Mobile 5-4. Despite hovering close to 500 most of the first half, their 25-45 second-half record did them in as they finished the season 58-81.

Recently acquired Chih – Wei – Hu got the start and delivered a strong outing. In five innings, Hu allowed just one earned run on four hits while punching out three hitters to earn the win (2-1). The Smokies offense made sure to give Hu some run support early as they raced out to a 2-0 lead in the second with RBI’s from Jhonny Pereda and Tyler Payne.

A Gioskar Amaya fourth inning double pushed the lead to 3-0 before Mobile was able to breakthrough in the fifth on a Mario Sanjur sacrifice fly to make things 3-1. The Bay Bears continued to battle back in the eighth inning as a double steal helped push across the games next run off Jake Stinnett making it 3-2.

Looking for that big insurance run in the ninth, Pereda delivered by connecting for an RBI double to bring home a pair as it was now 5-2 Tennessee. Those runs proved to be especially huge as the Bay Bears were able to bring home two of their own off Manuel Rondon in the ninth on Brendon Sanger’s 12th homer to make it 5-4, but Rondon was able to hold them off for the win.

Pereda may have had just that game-winning hit, but it was an important one at that. He was only credited with one RBI, however, as two of the runs he drove in were later counted as unearned runs due to a pair of errors. Amaya paced the offense with a couple of hits on the day with four-five others joining in. Nico Hoerner ended his season by going 0-4 to finish the year with a 284 average.

Season started and ended with a W! For one final time check out how the Smokies wonhttps://t.co/ZebJIFMxu3

MYRTLE BEACH PELICANS vs. Wilmington Blue Rocks: Cancelled. With Hurricane Dorian bearing down on the South East Coast, Wilmington made the call to cancel the final game of the 2019 season-ending the Pelicans campaign with a 55-81 record. Don’t let that record fool you, however, as they certainly proved to be a much better team in the second half. After logging just 21 wins in the first half, the Pelicans missed the playoffs by only three games going 34-35 during the second half.

Tomorrow's season finale in Wilmington has been cancelled.

Due to Hurricane Dorian and the Pelicans players and coaches' safety in evacuating, the Pelicans will return to Myrtle Beach a day early.

SOUTH BEND CUBS 3 – Bowling Green Hot Rods 2: South Bend capped off what was an impressive overall season by downing the Mid-Eastern second-half champions 3-2 to move to a farm system best 76-61 on the season. The win also put them at 39-30 in the second half good for a wild card berth as they will be back in the postseason for the first time since 2016.

Zach Mort continued his second-half resurgence since coming back to South Bend from Eugene as his ERA lowered to 3.13 following another strong outing. In six innings, Mort not only kept his team in the game but allowed just two hits in the process in a no-decision effort. The Riley McCauley, Brandon Hughes and Blake Whitney trio combined to allow only one hit in three innings of relief while striking out five hitters and walking none.

Things did not get off to the smoothest of starts as it was the Hot Rods getting the upper hand quickly. With a Marcus Mastrobuoni throwing error leading to the games first run, the Hot Rods doubled their lead to 2-0 in the first inning as Jonathan Aranda added a sacrifice fly. That was it for the Bowling Green offense as South Bend made them look silly the rest of the way.

After spotting the Hot Rods two early runs, South Bend utilized the long ball to bring things even in the third. Clayton Daniel provided the early thunder as his second homer of the season brought things even at 2-2 with the Cubs now in control of the momentum. With that score holding up until the seventh, Brennan Davis joined in on the long ball party as his eighth homer proved the be the difference in the Cubs 3-2 win against their first-round opponent Bowling Green.

Both Daniel and Davis had the hot hand on Monday as they both tallied three hits to go with their homers. Nelson Maldonado continued to stay hot himself with another multi-hit night while Nelson Velazquez and Levi Jordan rounded out the hits for South Bend.

THANK YOU FANS!!
We hope you created All-Star memories that will last a lifetime!
See you in the playoffs! #ThankYou #BestFans #SBCubsASG #OnlyInTheBend pic.twitter.com/KCsEFu3pu3

The #SBCubs will head into the postseason with back-to-back win under their belt! After beating Bowling Green yesterday 3-2, the Cubs took the series victory and will start their playoff series against the Hot Rods Wednesday.

EUGENE EMERALDS 6 – Salem -Keizer Volcanoes 1: The defending league champions will have to wait another year to taste the postseason as they finished the year 33-43 following a 6-1 win over playoff-bound Salem. After an extremely rough first half, the Emeralds were in a position to make the playoffs as a wild card until a rough final two weeks sent them to a 17-21 second-half record.

Making his first start and second appearance for Eugene, Richard Gallardo tossed two scoreless frames before Yovanny Cruz earned the win in relief with four strikeouts in three scoreless innings. Offensively speaking, both teams were held scoreless through four innings before the Eugene bats broke out in the fifth to end that drought.

Sloppy play from the Volcanoes gifted the Emeralds the games first run as a passed ball made things a 1-0 Eugene advantage. A few pitchers later saw Jake Washer connect for the game-winning hit as his seventh double of the year pushed the lead to 3-0. Fernando Kelli busted things open in the sixth with a double of his own and just like that it was 5-0 Emeralds.

Salem answered in the bottom of the sixth with their lone run of the game when Brandon Martorano reached on a fielding error to make things 5-1. Grayson Byrd picked up the Emeralds third RBI double of the contest one-half inning later as his eighth double of the season capped off the scoring with the Emeralds ending the season on a positive note 6-1.

No one had an extensively great day offensively, but it was Kelli and Washer pacing the team with two RBI’s each with Byrd collecting the final RBI. Zach Bryant continued to shine in relief, lowering his season ERA to 1.35 following his scoreless two innings of work.

Thank you fans, for an incredible 2019 season. Let the countdown to Opening Night 2020 begin!#GoEms

DSL CUBS 2: DSL 2 had a much better season in 2019 as they finished 40-31 and four games out of a playoff berth. They did not end their season on a positive note, however, as the DSL Diamondbacks jumped on them early and often for a 9-2 win.

AZL CUBS 1: After a 15-13 first half, the wheels began to fall off in the second half as they limped to a 24-31 season-ending record. That record came with a loud thud in the teams’ final game as the Indians overpowered them 10-3 for the win.

AZL CUBS 2: Unlike AZL 1, the AZL 2 Cubs had a much better season that was capped with some final game drama. After posting a 13-15 first-half record, AZL 2 was the second-best team in the second half going 18-10 to finish the year 31-25. That record was good for second place in the division in the second half and gave them a shot to make the playoffs as the Giants won both the first and second half league titles. However, a gut-wrenching 2-1 loss on the final game of the season ended their playoff hopes as they dropped one game behind the Athletics for that final spot on what was otherwise a great season.