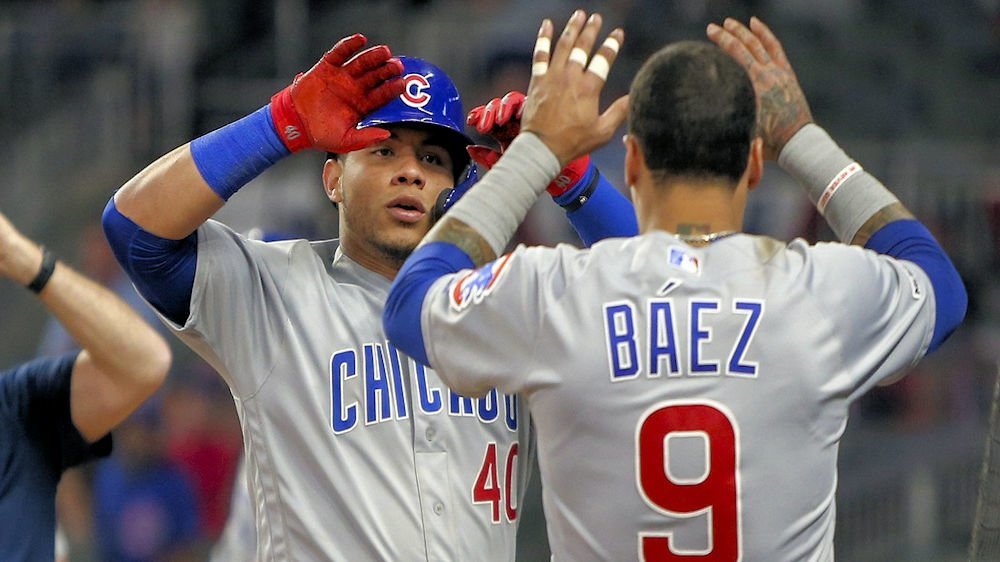 CUMBERLAND, Ga. — Bullpen woes have been a fixture for the Chicago Cubs (1-4) in the early goings of the season, and they doomed the North Siders yet again on Wednesday night at SunTrust Park in a matchup with the Atlanta Braves (2-3). Dropping their fourth straight with a 6-4 defeat, the Cubs were done in by a 4-run eighth that featured appearances by four different Cubs relievers.

The Cubs racked up 12 hits on the evening but also left nine stranded on base. Jon Lester started for Chicago on the bump and produced his second quality start of the year by throwing six innings of 2-run ball and striking out seven. Braves starter Julio Teheran managed to make it through five innings and fanned seven before being yanked with 91 pitches under his belt.

Teheran's exit benefited the Cubs, as Chicago catcher Willson Contreras drilled the second-longest home run of his career early on the sixth inning, which followed the departure of Teheran at the end of the fifth. The 452-foot bomb, Contreras' first of the season, scored left fielder Kyle Schwarber to put the Cubs ahead 3-2. The Braves scored both of their runs up to that point via a pair of solo jacks in the third, and, prior to that, an RBI single from Lester put the Cubs on the board in the second.

After a wild pitch brought Cubs first baseman Anthony Rizzo home in the the top of the seventh to make the score 4-2, Lester was pulled in the bottom half of the inning. That paved the way for the relief meltdown of the eighth that saw Steve Cishek get taken for a bases-clearing double by Atlanta's Johan Camargo to give the Braves a 5-4 lead. Two more pitching changes occurred in the inning, and the Braves added another run via a sacrifice fly.

Contreras led the Cubs with a 3-for-4 showing, and Chicago newcomer Daniel Descalso went 2-for-3 dish, but it was not enough for the Cubs to earn a victory. With the 6-4 loss, the Cubs saw their losing skid increase to four games. Blown leads have been heavily featured throughout the rough patch for Chicago, and the noise surrounding the bullpen issues faced by the Cubs will only continue to get louder after Wednesday's contest.