CHICAGO – Chicago Cubs players, coaches, ownership, executives and Hall of Fame alumni were presented their 2016 World Series Championship Rings prior to tonight’s game vs. the Los Angeles Dodgers. These rings were presented by 20 fans serving as honorary “Championship Ring Bearers” who were selected from more than 1,500 video nominations by family members, coworkers and friends in the offseason.

The Chicago Cubs World Series Championship Ring, designed and produced by Jostens, is made from 14-karat white gold. Its top features the traditional Cubs bullseye logo, masterfully crafted from 33 custom-cut genuine red rubies that are surrounded by 72 round white diamonds, all within a circular perimeter made up of 46 custom-cut, genuine blue sapphires. The bezel is surrounded by 108 round white diamonds lifting the Cubs logo to victory and signifying the end of a historic 108-year championship drought. Overall, the ring contains 214 diamonds at 5.5 karats, 3 karats of genuine red rubies and 2.5 karats of genuine sapphires.

One side features the player’s name set atop the iconic W Flag, which is created from 31 round white diamonds and a fire blue corundum understone that forms the “W.” Silhouette images of Wrigley Field’s bricks and ivy surround the flag and the player’s number, which sits below the flag.

The other side features the year 2016 above the iconic Wrigley Field façade and Marquee, displaying the message “CUBS WIN!” A silhouette of the World Series Trophy sits below the Marquee with a large round white diamond set in the center, signifying the 2016 World Series victory. Two princess-cut diamonds flank the trophy, representing the team’s two previous World Series titles. Wrigley Field’s bricks complete the background.

On the palm at the bottom of the outer band is the team’s rally cry, “WE NEVER QUIT.” On the inside of the ring is a custom triple arbor that features the local date and time the championship was won – “11-3-16, 12:47 am” – and the series scores and logos of the three teams the Cubs defeated on their epic journey to becoming 2016 World Series Champions. An image of the infamous goat representing a supposed franchise curse is included on the inner band.

Cubs Chairman Tom Ricketts, President of Baseball Operations Theo Epstein and President of Business Operations Crane Kenney led the team’s design committee with input from the players. A total of 1,908 rings and pins will be distributed to Cubs players, coaches, ownership, executives, front office associates, ballpark staff, partners and Hall of Fame alumni, including posthumous rings for the late Ernie Banks and Ron Santo, to be saved in the Wrigley Field archives.

“It was truly an honor to help design the first World Series ring in franchise history, and our family is thrilled to reward those who contributed to this long-awaited championship,” said Cubs Chairman Tom Ricketts. “It’s fitting the players who completed the greatest journey in sports were presented with their rings by some of the greatest fans in all of sports this evening.”

Thanks to a unique partnership between the team and Jostens, Cubs fans will be able to purchase heirloom-quality jewelry items including replica rings, pendants, bracelets, cufflinks and more. The Jostens Store at The Park at Wrigley is a first-of-its-kind partnership between a professional sports team and a jewelry manufacturer that provides a championship retail shopping experience for fans. Fans can visit the store, which opens this evening following the Ring Ceremony, on Monday through Saturday from 9 a.m. to 9 p.m. and Sundays from 9 a.m. to 7 p.m. Fans from around the country can view the collection and order online at www.jostens.com/cubsfan. Additional retail collection details will be announced by Jostens. 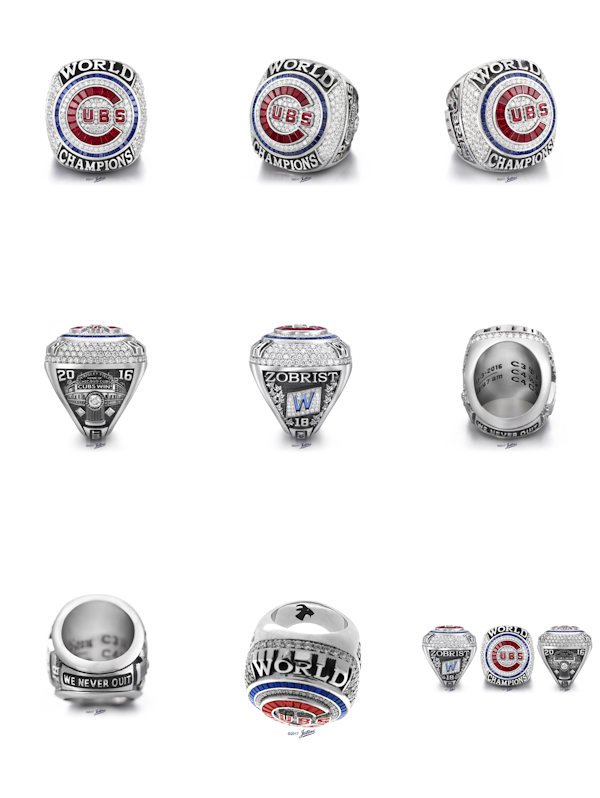