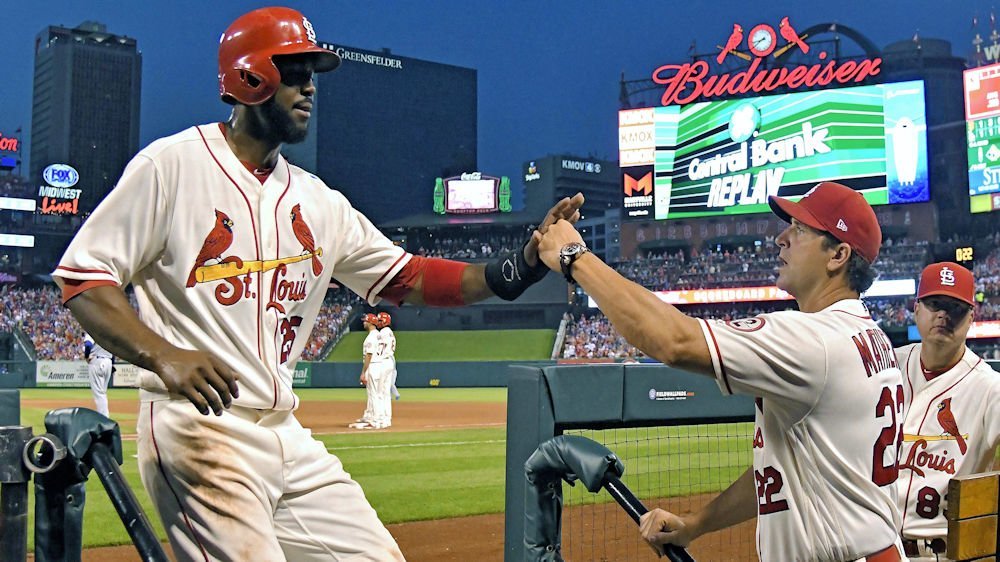 I don’t think Dexter Fowler had any idea what he was getting himself into when he left the Cubs and went to St. Louis; sometimes free-agency and money aren’t all they’re cracked up to be. Fowler landed himself a five year, $82.5M contract with St. Louis during the off-season, and I’m guessing that he is now regretting every minute and every penny of it.

In the last few weeks, Fowler has been treated rather rudely and unprofessionally by the St. Louis higher-ups. The public humiliation started when Cardinals’ President of Baseball Operations, John Mozeliak, lambasted his player by questioning Dexter’s effort and energy level during an interview. Fast-forward a week or so, and the Cardinals’ manager, Mike Matheny, took his turn at unprofessionalism, by allegedly informing Fowler, via a text message of all things, that he’d no longer have the leadoff job in the Cards’ batting order. The frigid temperature in the Fowler/Cards relationship doesn’t stop there; unnamed club resources have reported that Fowler and Matheny have spoken little to none (face-to-face) over the period of several months.

I’m not sure why there is such a dictatorial attitude in St. Louis’ management techniques. I’ve owned businesses and I’ve managed them, and my greatest successes came when both management (and ownership) and employees shared a happy, work-friendly atmosphere.

Many criticize Maddon’s laissez-faire attitude when it comes to his management style, but it seems to be working for both him and the Cubs. Maddon turned a 108-year drought into a World Series championship in just his second year as the Cubs skipper. Meanwhile, Matheny has one NL pennant (2013) to show for 6-1/2 years of work- bear in mind, he inherited the management job in 2012 after Tony La Russa retired; La Russa and the Cards had just won the WS in 2011.

Cracking the whip may work for some managers in some climates, while that style may fail miserably in other climates. Since 2012 (when Matheny started managing), he has gone 591-471 (.556), in the same period Joe Maddon has gone 603-458 (.569). OK, not much of a difference there, I agree, but it costs Matheny nothing more to loosen up, and by doing so, he may be able to reenergize his third (soon to be fourth) place team.

Interestingly enough, as I was doing some research for this article I stumbled upon a piece by MLB.com's Jenifer Langosh. In the article, Ken Rosenthal reported that while the contract terms weren’t disclosed [at the time], Fowler’s contract reportedly carried a full, no-trade clause. This should prove very interesting as time wears on. In any contract, clauses can become void if both parties agree, and at this point, I’m sure the Cards want to be done with Fowler, just as much as he probably wants to rid himself of St. Louis, its tyrannical management, and its unappreciative fan base.

I’m sure no one is more upset with Dexter Fowler’s statistics this year than Dexter Fowler is right about now, but a hostile climate isn’t going to help matters any. Players may remain silent in St. Louis, but believe me, they aren’t appreciating how old Dex is being treated. Who’s next to be slashed at and degraded when their performance falters? It may be July, but it’s seems plenty cold in St. Louis.