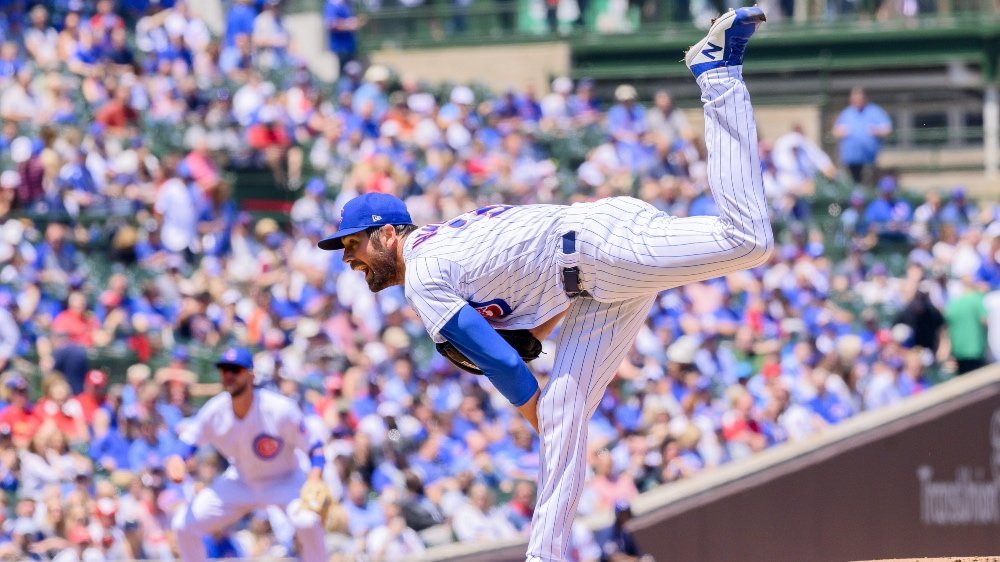 CHICAGO — After getting swept by the rival St. Louis Cardinals (31-30) last weekend, the Chicago Cubs (35-27) clearly had revenge on their minds as they opened up a 3-game set at Wrigley Field against the Redbirds on Friday. Nearly pulling off a shutout, the Cubs kept the Cardinals scoreless through eight innings and won 3-1 to improve to 4-1 through the first five games of their current 7-game homestand. A first-inning home run by shortstop Javier Baez proved to be the winning hit for the Cubs, who were braced by a dominant performance on the hill by veteran starter Cole Hamels.

Collecting a season-high 10 strikeouts in eight scoreless innings, Hamels gave up just three hits and one walk en route to picking up the winning decision. The veteran left-hander struck the side out swinging in the top of the eighth to cap off his marvelous outing. Cardinals starter Miles Mikolas, who pitched well against the Cubs last week, was not as fortunate, as he gave up three runs before leaving due to injury at the conclusion of the fourth frame.

Mikolas was taken deep by Baez in the bottom of the first, with "Javy" smacking a 2-run bomb to the opposite field for his 16th dinger of the season. Cubs first baseman Anthony Rizzo, who batted leadoff on the afternoon, started the inning by drawing a walk and was plated on the 2-out long ball from Baez. The Cubs used aggressive baserunning in the contest, as they attempted to steal a base three separate times and were successful on two such occasions.

Just a quick update on @javy23baez’s splits on 0-2 counts: pic.twitter.com/ZnRAg1mv7D

Following the lone unsuccessful steal attempt for the Cubs, right fielder Jason Heyward made up for it by tagging Mikolas for a double in the bottom of the fourth. In the next at-bat, catcher Victor Caratini, who went 2-for-2 with one walk on the day, hammered a double into the well in deep left field that scored Heyward and put the Cubs up 3-0. Mikolas did not last much longer, as second baseman David Bote drilled a comebacker right into Mikolas' throwing arm following Caratini's double. Mikolas was able to field the ball and throw Bote out, but he did not come back out to the mound for the bottom of the fifth.

The Cubs had an opportunity to increase their lead in the fifth, but a strange series of events resulted in Rizzo being outed at home. With two outs and Rizzo on first, third baseman Kris Bryant slapped a double down the third baseline that caromed off a security guard seated on a stool in foul territory. By rule, the ball was still alive after that because the security guard was located in the field of play and did not intentionally touch the baseball. However, several Cardinals defenders, as well as Rizzo, seemed to thing that it was a dead ball. Rizzo eventually galloped for home, but a throw from the outfield resulted in him being tagged out just before he could step on the plate.

In the bottom of the seventh, the Cubs missed out on another scoring opportunity when Bryant struck out swinging with the bases loaded to end the inning. However, Hamels' dominance was enough to allow the Cubs to win comfortably. Cubs closer Pedro Strop entered in the top of the ninth and gave up a 1-out solo home run to Paul DeJong, but Strop worked incredibly fast thereafter and tallied outs in back-to-back at-bats to earn his sixth save and secure the 3-1 victory for the Cubs.