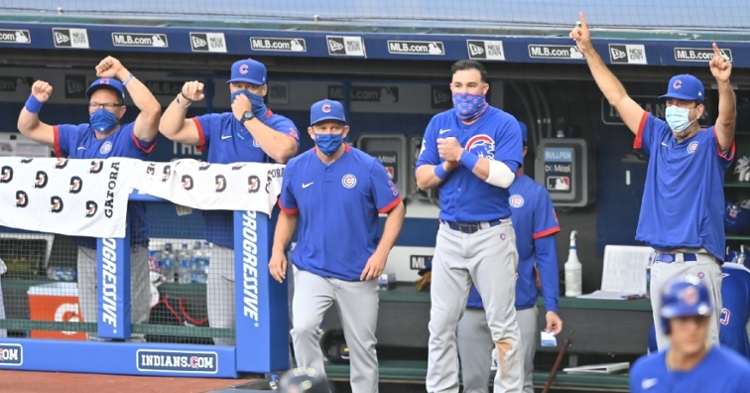 Another week has come and gone in the craziness that is the MLB. Despite the COVID-19 pandemic and multiple clubhouse outbreaks, the league has overcome them and push on in this odd but exciting season.

For most teams, this 60 game sprint is in its last leg. The Cubs, for example, have just 12 games left on the schedule. Like the St. Louis Cardinals, who are one of the teams that were most affected with a clubhouse outbreak, other teams have 20 games left to squeeze into the season's final 14 days.

The playoff pictures are coming into shape, but there is a record number of teams still in the hunt due to the fact that through 60 games, it is hard to create large separation in the standings, and the fact that the league implemented a new playoff format for this season so that over half the leagues' teams, eight per league, will make the playoffs this year.

A few multiple positive tests, protests, and weather have led to games being canceled. Still, for the most part, baseball is rolling toward a postseason, a potential bubble at that point, and awards being presented to various teams and players even though this season is only a little over a third of a typical season.

A majority of teams are now 75% or more through the season, so let's get you updated on the week that was and the week that will be in the NL Central.

The Cubs seem to have hit their stride at the right point this season. After battling offensive struggles and some rotation injuries, the Cubs are looking to build on a solid weekend. After dropping game one against the Brewers 1-0 in the late innings in walk-off fashion, the Cubs put together their two most memorable wins of the year in Milwaukee.

On Saturday night, the Cubs came from behind and rallied with four runs in the 9th inning against Josh Hader, including a three-run homer from Jason Heyward to put the Cubs on top. Building on that, Alec Mills and the Cubs NO HIT the Brewers on Sunday, in a 12-0 blowout that could permanently damage the Brewers' playoff chances. As for the numbers, Kris Bryant, Javier Baez, Kyle Schwarber, and Anthony Rizzo are still struggling mightily at the plate, but Willson Contreras has joined the group of Ian Happ, Jason Heyward, David Bote, and Jason Kipnis as the main contributors for the team. Kyle Hendricks and Jon Lester have bounced back with reliable starts, Yu Darvish is still a favorite to win the Cy Young award in the NL, and Alec Mills just threw a no-hitter.

This past week the Cubs won the finale against St. Louis on Labor Day, took two of three at home against Cincinnati, and ended the week by winning two out of three against the Brewers. This week the Cubs get a much-needed pair of off days on Monday and Thursday. In between the off days, the Cubs host the Indians for three games, and over the weekend, the Cubs host Minnesota for a three-game set.

St. Louis has struggled to get above .500 this season but has also been good enough to not sink below that margin. That record is largely because the Cardinals have played seven doubleheaders, swept two, been swept once, and split four times. Not to mention, these Cardinals still have four doubleheaders to go as they try to play 18 games in the season's final two weeks. What has kept St. Louis afloat has been the production from Paul Goldschmidt offensively, and Adam Wainwright and Jack Flaherty have anchored a solid pitching staff all around that.

This past week saw the Cardinals lost on Labor Day to the Cubs, split a doubleheader against Minnesota, split a doubleheader against Detroit, and then lost two of three to the Reds over the weekend. This week the Cardinals play two five-game series, one with Milwaukee on the road and then over the weekend with Pittsburgh on the road.

The Reds have been extremely disappointing despite having a Cy Young candidate in Trevor Bauer and one of the best starting pitching staffs in the league. Even with multiple offensive additions over the offseason, the offense has been the weak link for the Reds this season as they have spent most of the year below .500. Mike Moustakas seems to have found his power stroke to supplement Jesse Winker, Nick Castellanos, and Joey Votto on that offense, but the rotation has been the bread and butter of this team all year.

Milwaukee appears to be a sinking ship as the season winds down. The Brewers have been unable to get their stars going offensively. For example, perennial MVP candidate Christian Yelich is coming off a series in which he went 0-10 with six strikeouts. Yelich is hitting just .199. Keston Hiura has provided most of Milwaukee's offensive production this year with 11 bombs and 25 driven in, but it hasn't been enough for Milwaukee to get hot. The rotation has been solid for the Brewers as well, with Brandon Woodruff nearly no-hitting the Cubs the other night. The biggest plus of the Brewers season has been the outstanding back end of their bullpen with Devin Williams and Josh Hader having great years.

This past week was a tough one for Milwaukee. The Brewers split a doubleheader with Detroit and scored a whopping 19 runs in the game they won. Then as we already mentioned, the Brewers dropped two of three to the Cubs over the weekend, including a blown save and a no-hitter. This week has the Brewers hosting the Cardinals for five games in three days, and then an off day before hosting the Kansas City Royals.

The Pirates have been bad all year long, just as they were expected to be. Josh Bell, who was expected to be an MVP candidate as he was a year ago, has struggled this year. Colin Moran and Jacob Stallings have stabilized the offense, but neither's numbers jump off the page. On the pitching side, the Pirates have struggled to get comfortable and reliable starting pitchers but have boasted an above-average pen to help keep games within striking distance.

Let's also look at the Al Central, which features three of the league's best teams and arguably the best division the league offers this year.