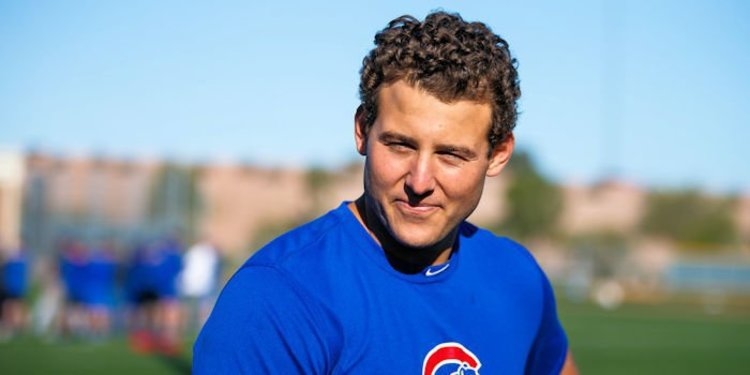 Chicago Cubs slugger Anthony Rizzo was hit by a pitch on the left forearm by former teammate Aroldis Chapman with the bases loaded to tie the game at 4-4 in the ninth inning against the Yankees on Sunday night.

Rizzo was in pain and took a few minutes before he walked to first base. The 98.9 MPH pitch was the third fastest hit by a pitch by a Cubs player since 2008.

Rizzo has stayed in the game to play defense in the 10th inning, but there was visible swelling in the forearm. He took some Tylenol and remained in the game for another eight innings before the Cubs lost 5-4. An X-ray on his arm during the game showed no fracture on the bone after getting hit with Chapman's fastball. This is great news for the Cubs as this could have been a serious injury with a prolonged DL time.

"Luckily, there’s nothing significant," Rizzo said to reporters after the game. "I thank my parents I drank my milk when I was a kid and have some decent bones."

He was asked if he would be able to play the next game against the Colorado Rockies.