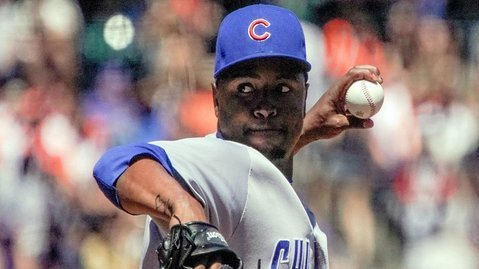 KANSAS CITY, Mo. — After a Cubs stint that was riddled with up-and-down performances out of the bullpen and frequented by promotions and demotions, 25-year-old left-hander Randy Rosario was designated for assignment by the Cubs on Monday. Rosario lost his spot on the Cubs' 40-man roster as part of a series of transactions that took place at the beginning of the week.

Rosario did not clear waivers, however, with the Kansas City Royals claiming him on Thursday, thus ending Rosario's Cubs tenure. In 13 relief appearances for the North Siders this season, Rosario, who was called up by the Cubs three different times in 2019, went 1-0 with a 5.91 ERA. Rosario initially joined the Cubs after being claimed off waivers in the fall of 2017. He will now join the Royals as a result of a separate waiver claim.

We have claimed LHP Randy Rosario off outright release waivers from the Cubs and added him to the active roster. #Royals