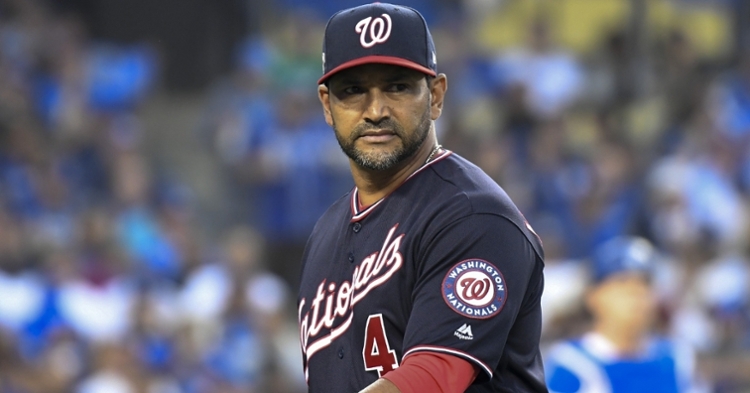 HOUSTON — Making history on Wednesday night, the Washington Nationals became the first team in the history of major American professional sports to win four road games in a postseason series. The Nationals defeated the Houston Astros in seven games to claim the first World Series title in franchise history, including the Montreal Expos days.

In fact, since relocating to the nation's capital and becoming the Nationals, Washington had never won a playoff series of any kind prior to this year. With a come-from-behind 6-2 victory at Minute Maid Park on Wednesday, the Nationals won the Fall Classic 4-3 via one of several comeback wins that they pulled off in the postseason.

The road team won all seven games in the series, marking the first time that has happened across all professional sports leagues in the United States. Nationals starting pitcher Stephen Strasburg won World Series MVP after dominating in his two starts. Several former Cubs ended up on the winning side, too, including Nationals manager Dave Martinez.

Prior to becoming the Nationals' skipper, Martinez, who formerly played as an outfielder for the Cubs, was the Cubs' bench coach under manager Joe Maddon. Nationals bullpen coach Henry Blanco came to D.C. with Martinez after a stint as the Cubs' quality-assurance coach. Blanco was also a catcher for the Cubs in the 2000s and became a fan favorite. At age 42, veteran reliever Fernando Rodney won his first World Series ring. Rodney finished out the 2015 season as a member of the Cubs' bullpen.

Congrats to World Series champion manager Dave Martinez, who played on both the north & south sides of Chicago pic.twitter.com/aKPqBPZ49U