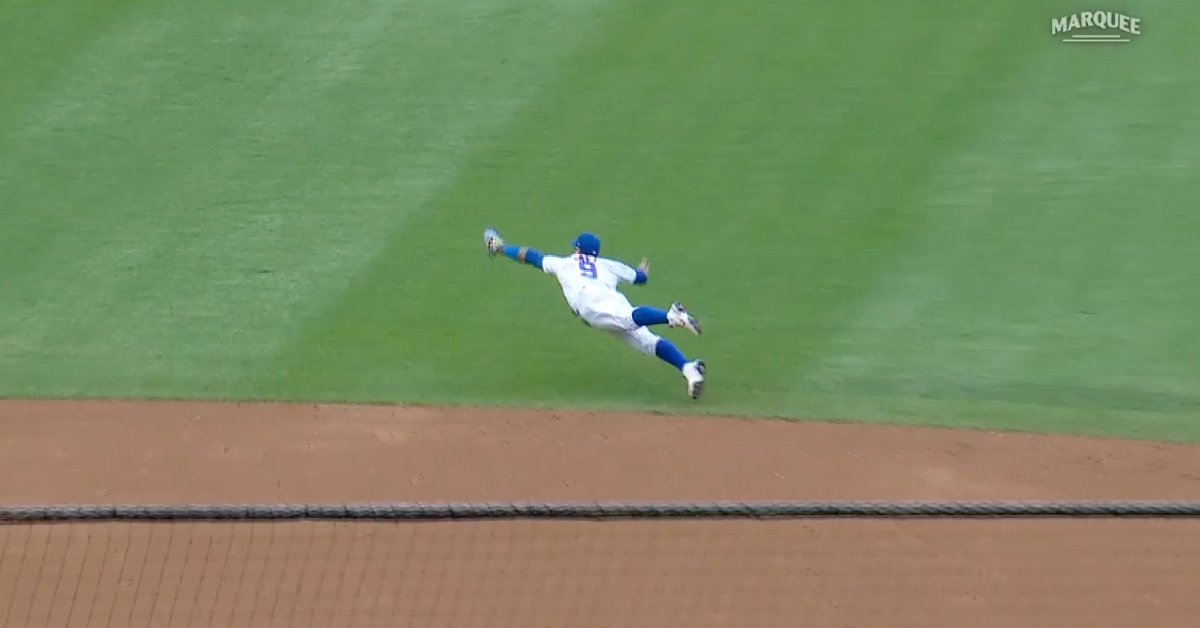 Going airborne, Javier "El Mago" Baez went all out in pulling off a breathtaking defensive feat.

First, while shifted into the 3-4 hole, Baez fielded a grounder hit between first and second by Miami Marlins left fielder Jesus Sanchez and did a 360-degree turn in the process of lobbing a throw to first baseman Anthony Rizzo for a putout. The spinning throw was smooth and flashy, but the web gem that soon followed was on another level.

With two outs and a runner on first, third baseman Jon Berti hit a chopper in the 5-6 hole, and Baez, who was back at his normal position, laid out at the back edge of the infield and gloved the baseball. Leaving his feet, Javy dived toward the hard-hit ball, which left the bat at nearly 100 mph, and snagged it.

Baez then quickly hopped up and fired a bullet to second baseman Sergio Alcantara, who recorded the inning-ending force out at second. Replays of the highlight showed pitcher Alec Mills' amazement from the mound as he witnessed El Mago at his very best, and the appreciative crowd gave Baez a rousing ovation as he headed to the dugout.

How does Javy do this? pic.twitter.com/u34S2nmGqz