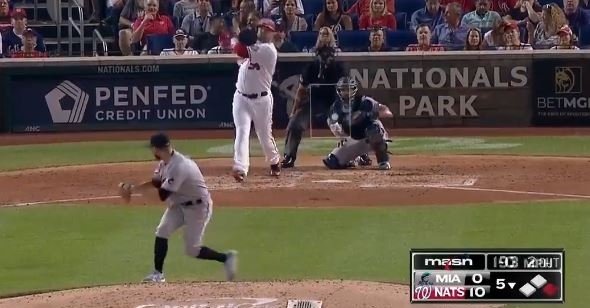 Former Chicago Cubs pitcher Jon Lester smacked a three-run homer to put the Nationals up 13-0 against the Miami Marlins on Monday night.

It was his fourth career homer, and it went a blistering 419-feet.

In addition to his two for three performance at the plate, he has pitched six innings giving up only four hits and no runs with seven strikeouts so far.