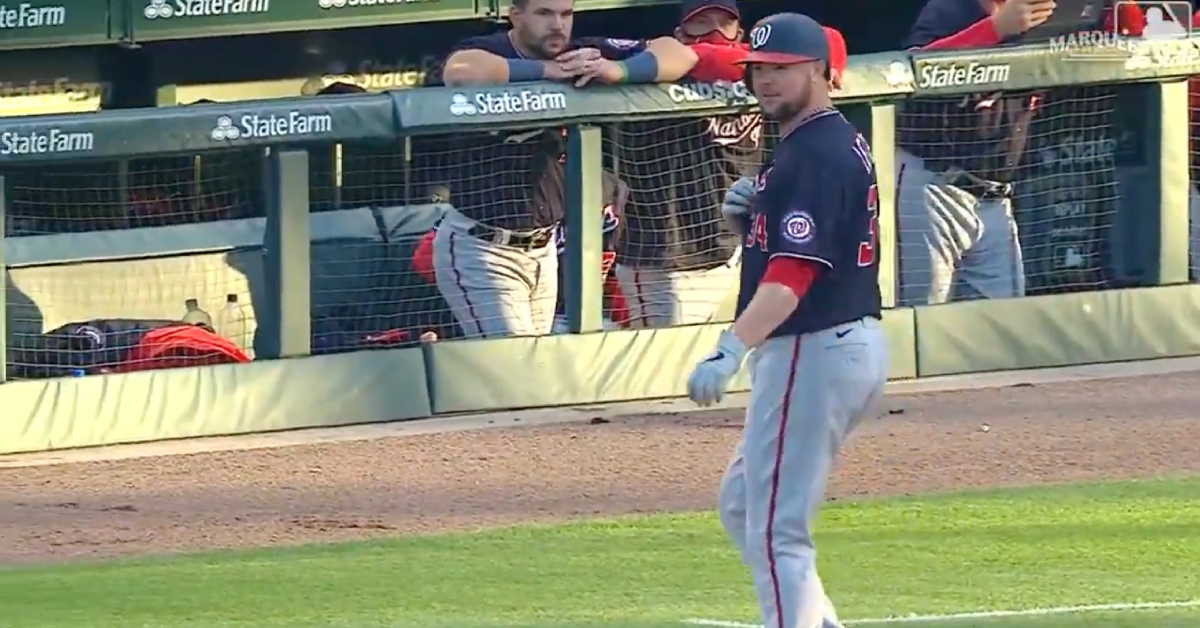 CHICAGO — Monday night at Wrigley Field made for quite the roller coaster ride of emotions, with starting pitcher Jon Lester and left fielder Kyle Schwarber returning to the Friendly Confines for the first time since the former Chicago Cubs stars departed the club and joined the Washington Nationals in the offseason. In addition to exciting and sentimental moments, there were comical moments, with a routine groundout in the third inning making for the funniest moment of all.

Lester and Cubs first baseman Anthony Rizzo are great friends from their time spent as teammates on the North Side. They are both fun-loving jokesters, as well, so "Big Rizz" chose to have some fun at the expense of "Big Jon" when Lester hit a leadoff chopper to him in the top of the third. The ground ball was hit not long after Lester was given a standing ovation by fans in attendance when stepping up to the plate for the first time.

What started as a tear-jerker of an at-bat ended as a side-splitter of an at-bat because Rizzo essentially taunted Lester over the veteran hurler's lack of speed by opting not to move an inch after gloving the grounder, which bounced right to Rizzo. Starting pitcher Adbert Alzolay hustled to cover first base and was on the receiving end of a nonchalant underhanded toss from Rizzo. Lester, who jogged down the baseline with no chance of tallying an infield single, was outed in plenty of time.

Lester noticed Rizzo's similarly understandable lack of effort on the play and had some fun with his good pal by playfully telling Rizzo, "I hate you," before walking off the field. Needless to say, Rizzo was all smiles after goofing on his erstwhile teammate. Meanwhile, Schwarber was seen on camera observing the hilarious moment from the dugout, making for a pleasant scene of three 21st century Cubs icons sharing an amusing moment together at the Friendly Confines.