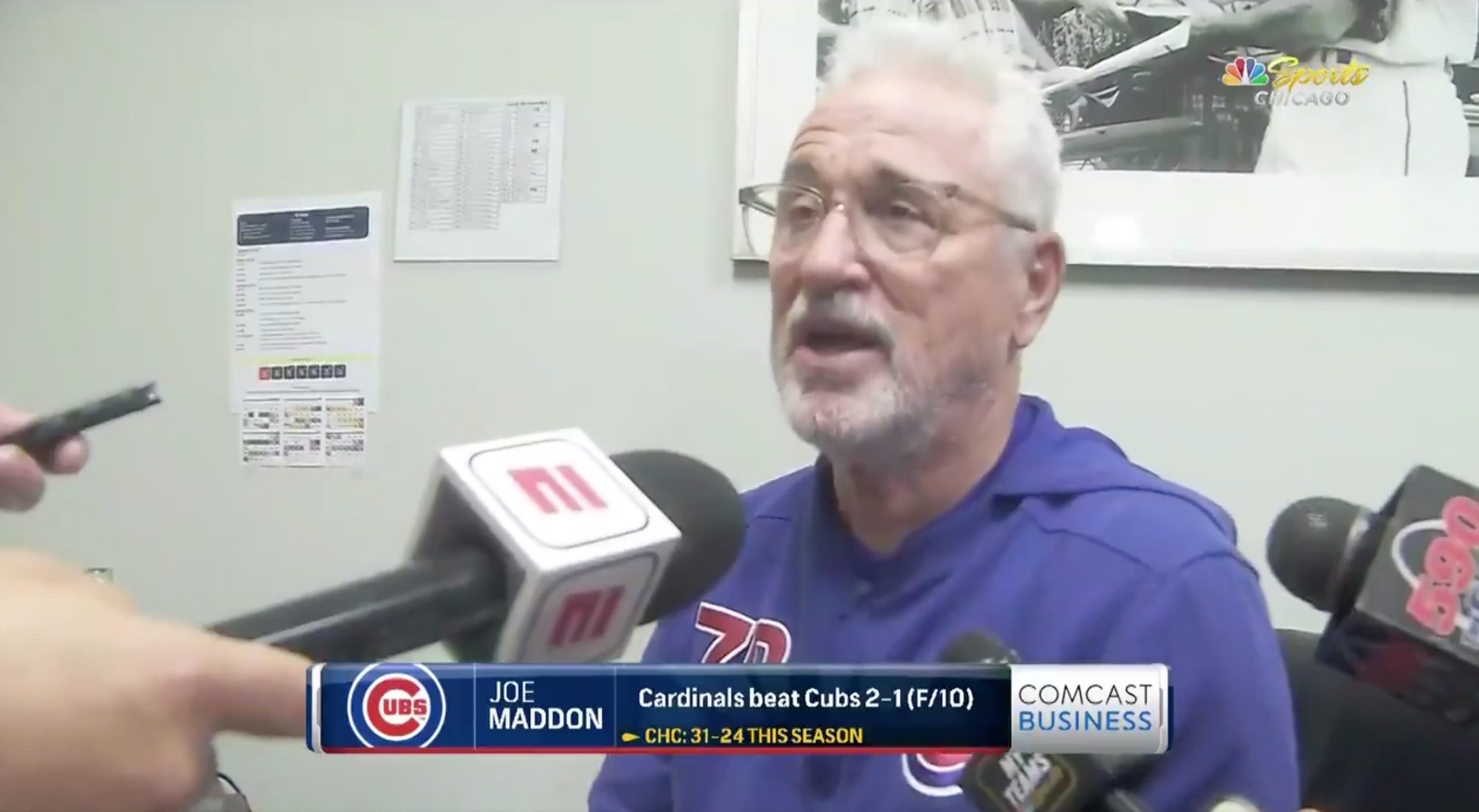 Joe Maddon was very unhappy with Laz Diaz's umpiring in the bottom of the 10th on Friday. (Credit: Michael McLoone-USA TODAY Sports)

The ending of the extra-inning battle between the rival Chicago Cubs and St. Louis Cardinals at Busch Stadium on Friday featured some rather questionable umpiring behind the plate. In the buildup to the Cardinals winning 2-1 on a walk-off hit in the bottom of the 10th, home-plate umpire Laz Diaz called multiple pitches balls that appeared to be strikes.

The most glaring instance came on a ball called with a full count that put runners on first and second with one out. With young reliever Dillon Maples on the mound, the Cardinals' Harrison Bader drew a walk on a ball four that looked like a strike on the inside edge of the plate. Maddon was upset with Diaz's call as soon as it was made and barked at Diaz about it from the dugout.

"You cannot miss that pitch in that situation," Maddon said to reporters during his postgame media session. "It wasn't even a borderline pitch. It was a strike. That's the kind of stuff we want to see something done about."

Maddon clarified that he does not support the idea of an electronic strike zone. Rather, he wants an increase in accountability for umpires when it comes to blown calls in critical situations. As for the call in question, it rattled Maples, who threw four straight balls, all of which were well off the mark, in the ensuing plate appearance to walk another batter and load the bases.

Maples was then pulled, but the damage had been done, as the Cardinals won on a walk-off single soon afterward. Maddon told the media that he was especially upset with the questionable ball-four call because of the fact that it came with Maples, an inexperienced pitcher who is gradually gaining ground in the big leagues, on the mound.

"There's a guy that's ascended to the major leagues as a relief pitcher, doing a wonderful job," Maddon said about Maples. "He does his job and does not get rewarded for it. That's what kind of pisses me off, quite frankly."

"You cannot miss that pitch in that situation." -Joe Maddon on the missed strike call in the 10th.