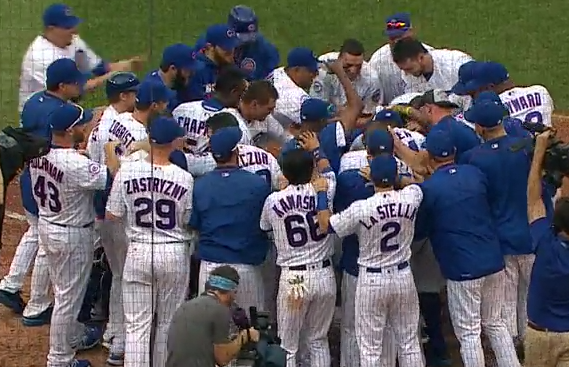 This was the 7th time this season that the Cubs have trailed entering the ninth inning but found a way to win the game.