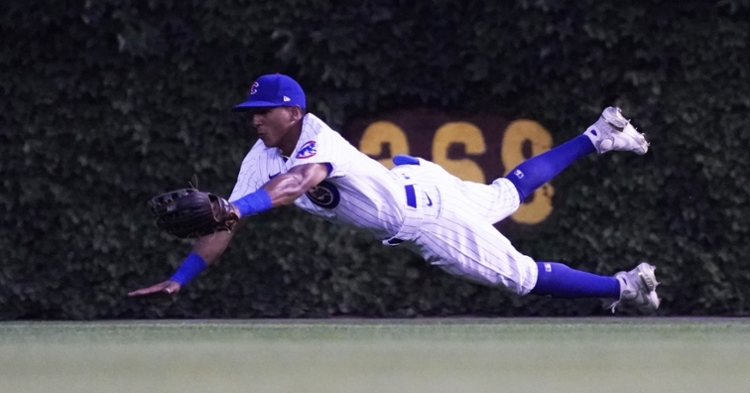 CHICAGO — In a game that featured a rain delay of over an hour and a half, the Chicago Cubs (52-63) lost their sixth straight and were swept in a day-night doubleheader at Wrigley Field. The Milwaukee Brewers (68-46) drove across all six of their runs in the fifth inning and went on to win the seven-inning matchup 6-3. A solo shot by Patrick Wisdom put the Cubs up 1-0 in the fourth frame, but the Brewers gained control in the ensuing inning and kept the Cubs at bay the rest of the way.

Aaron Ashby's first career start came against the Cubs in June, and it did not go so well, as he gave up seven runs, four of which were earned, in 2/3 of an inning pitched and failed to make it out of the first frame. Ashby fared better in his second career start on Tuesday, beginning with a 1-2-3 first. Meanwhile, Alec Mills prevented the Brewers from reaching scoring position through two innings of work, and right fielder Johneshwy Fargas helped his cause by laying out and robbing Rowdy Tellez of a hit in the second.

Frank Schwindel hustled for an infield single in the second, and Robinson Chirinos beat out a throw to first to break up a double play later in the inning. Fargas moved Chirinos to second with a two-out single, but Andrew Romine then lined out. The rain delay began with one out in the top of the third. Unlike Monday night's contest, which was rained out, Tuesday night's tilt was not washed away. Once play resumed, Rex Brothers took the mound and finished off the top half of the third.

Hunter Strickland struck out the side in the home half of the third, and Dan Winkler tossed a scoreless top of the fourth. Wisdom's leadoff jack provided the Cubs with a 1-0 advantage in the fourth. Rafael Ortega hit a one-out single and then stole second, with a throwing error by catcher Omar Narvaez allowing Ortega to reach third on the play. John Curtiss, who gave up Wisdom's homer, was pulled due to injury on a full count with two outs, and Miguel Sanchez needed just one pitch to strike out Fargas.

The wheels fell off for the Cubs in the top of the fifth, which Winkler, Kyle Ryan and Jake Jewell combined to pitch. A leadoff double by Luis Urias was followed by an RBI double from Jackie Bradley Jr., which Fargas arguably should have caught, a few at-bats later. After Urias scored, Avisail Garcia drew a walk, and both runners advanced on a Ryan wild pitch. Bradley came home on a Christian Yelich groundout, and the Brewers proceeded to produce a two-out rally that resulted in four more runs scoring. Garcia was plated by a Narvaez base knock, and Willy Adames made it home on an Eduardo Escobar single. Tellez plated Narvaez, who narrowly avoided being tagged out while diving back to second when Escobar singled, with a base hit. That resulted in the Brewers batting around, with Urias then plating Escobar via a single.

Intentionally walk Willy to get to Omar? Bad choice.#ThisIsMyCrew pic.twitter.com/iiLHEZ8k9i

Jake Cousins retired the side in order in the bottom of the fifth, as did Manuel Rodriguez in the top of the sixth. The Cubs threatened to inflict some serious damage on the Brewers by loading the bases in the sixth but mustered only one run out of it. Angel Perdomo walked Wisdom, Schwindel and Chirinos to load the bases and gave up a two-out infield single to Fargas that scored Wisdom. Fargas motored to first and beat out Perdomo's throw after hitting a tapper. Brent Suter then took the mound and struck out Willson Contreras in a pinch hitting appearance.

Fresh off being added to the active roster earlier in the day, Rowan Wick made his season debut and sat the Brewers down in order in the seventh. Matt Duffy kept the Cubs alive with a two-out single in the seventh and scored on an ensuing double by Wisdom. Suter put the finishing touches on the Brewers' 6-3 victory in the seventh, though, and collected his first career save in the process. The two National League Central squads used seven pitchers apiece in the lengthy, yet shortened, affair, which ended approximately 4 1/2 hours following the first pitch.