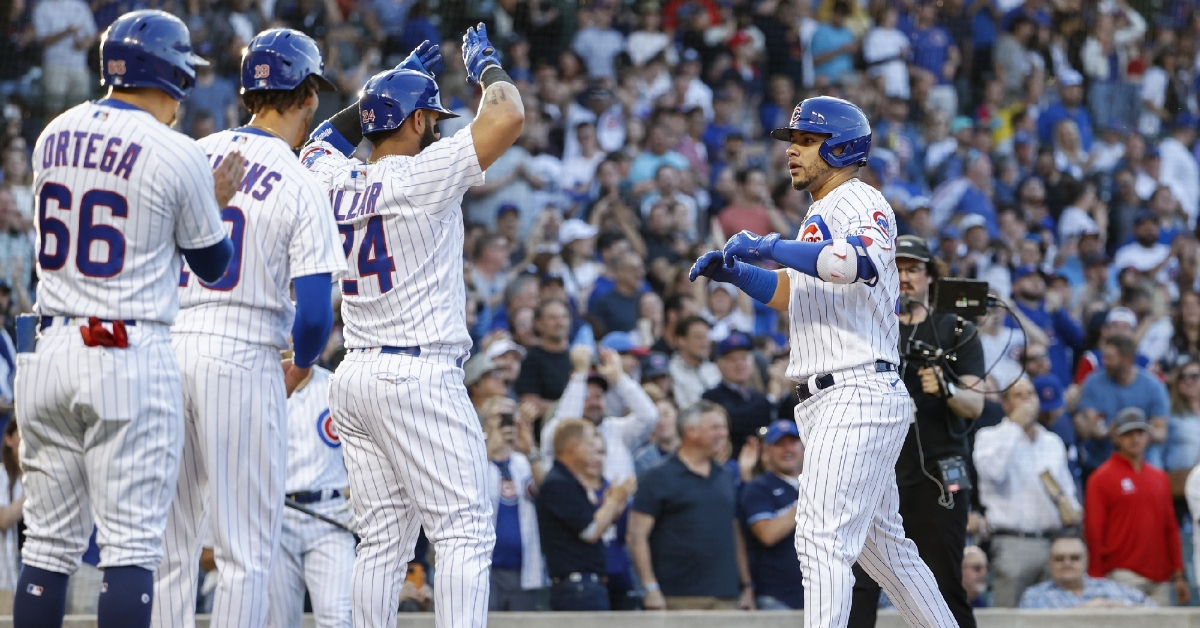 CHICAGO - The last time the Pittsburgh Pirates (15-20) were at Wrigley Field, there were witnessing a 21-0 beatdown and were outscored by 17 runs across a four-game series. Yet, they managed to win three of those four games, which is unheard of.

Taking the ball for the Cubs was Wade Miley, who was making his second start of the season and first at home. Not even Miley could have drawn things up any better as he delivered a near-perfect outing. Miley got through seven innings in his start allowing no runs on just one hit. He also didn't walk a batter while striking out six, as this was the Miley the Cubs paid for.

While he did his thing on the mound, the Cubs offense went to work for him as they backed him with eight runs of support in the first inning and never looked back. All that put together equaled a 9-0 win as the Cubs completed their first three-game winning streak of the season.

Opposing Miley was Dillon Peters, who was announced as the starter last minute. He wishes the original starter Bryse Wilson would have gotten the ball as Peters lasted just 2/3 of an inning and was charged five of the eight runs allowed.

Willson Contreras has been the Cubs hottest hitter the past two weeks and continued that trend with a leadoff double off the wall. Two batters later saw Ian Happ double down the left-field line to give the Cubs a 1-0 lead before the Frank Schwindel single put runners on the corners. Yan Gomes kept the line moving with an RBI single to make things 2-0, but a two-out rally by the Cubs did the most damage.

Jonathan Villar started that rally with a hard-earned walk, followed by an RBI infield single from Andrelton Simmons. One batter later saw Rafael Ortega work the bases-loaded walk, and it was a 4-0 game. With everyone in the batting order one crack at it in the first inning, Contreras did the most damage.

As if leading off the game with a double and getting the party started wasn't good enough, Contreras would belt his 100th career homer in grand style as his grand slam put the Cubs up 8-0 and the game out of reach. The Cubs would add two more singles in that inning, but neither of those men came around to score.

Ideally, you would like those eight runs to come in more than just one inning, as the Cubs managed to score just one run the rest of the way. However, having an offensive output like that in the first inning mixed with a dominant pitching performance makes things a lot easier for everyone.

The Cubs managed to push their final run across in the bottom of the fourth as the Pirates felt it was the time to give. Happ led things off with a free pass, but it was a costly fielding error that moved runners to the corners with no one out. One batter later saw Gomes bring home the final run as his double-play grounder allowed Happ to score. Gomes wasn't credited with an RBI, but he didn't care.

The lone hit Miley allowed came in the top of the fifth when Michael Chavis ripped a two-out single to extend the inning. Nothing would come from that, as Miley would retire the final seven batters he faced before turning things over to Michael Rucker.

Not used a ton in recent games, Rucker showed a bit of rust in the eighth, allowing singles to Yoshi Tsutsugo and Rodolpho Castro to put a pair of runners on base with one out.

Much like the Cubs have done for the better part of a week now, Rucker made the pitches he needed to make and got out of the inning without further damage. He came back out to finish things off in the ninth as the Cubs rolled over the Pirates again 9-0. Even with most of their offense coming in the first inning, the Cubs still managed 13 hits, with Happ and Gomes delivering three.