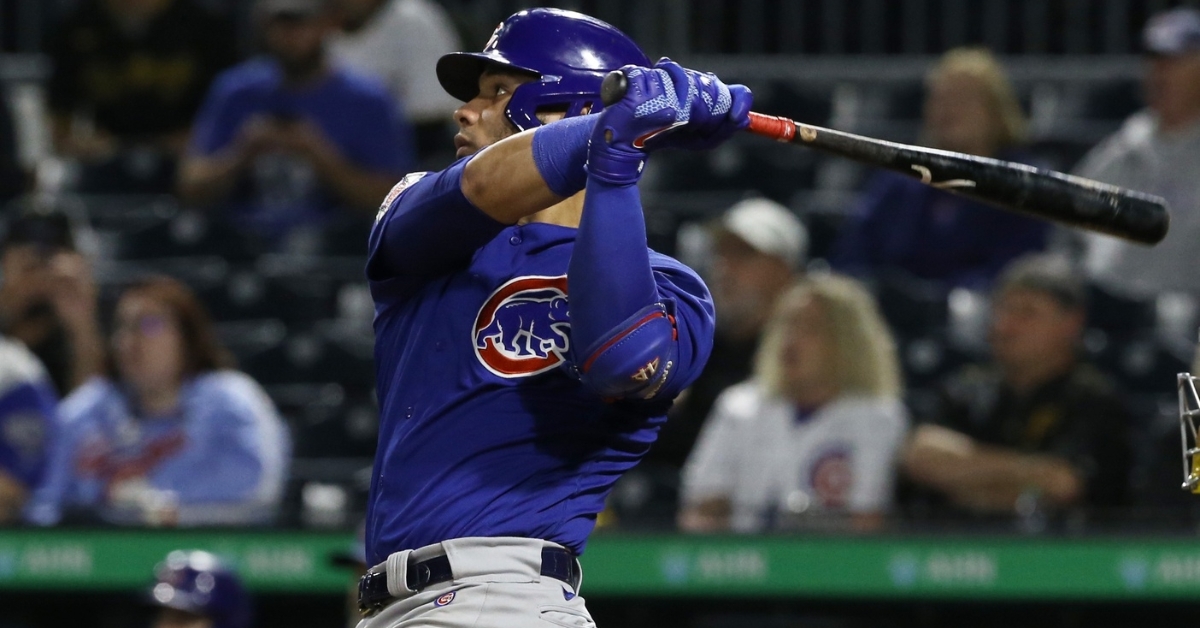 PITTSBURGH – Wednesday's game at PNC Park summed up the Chicago Cubs (68-90) season in a nutshell. As fans have watched this team play all season, people have noticed a few things. For starters, typically, when this team hits and scores runs, the pitching struggles to do their part.

Then, when the pitching holds up, the offense struggles to do its part. It looked like the latter against the Pittsburgh Pirates (59-99) as the Cubs had runners on base in every inning and stranded 14 of those runners. Usually, that would not be good enough to pick up a win, but thankfully for the Cubs, the Pirates struggle to score runs in their own regard.

Despite a rough season for Willson Contreras at the plate, he does have his third career 20 homer season under his belt and has really turned things on since coming off the IL earlier in September. Contreras put together one of his better performances while collecting two hits in the game while seeing the ball well all game long to come away with all three RBIs in the Cubs 3-2 win. The win moves them to 13-5 against Pittsburgh this season as they have owned the Pirates.

Speaking of someone looking to finish his season with a good start, Kyle Hendricks has been suffering from his worst season as a pro, at least ERA-wise. For whatever reason, Hendricks has not been himself for the better part of two months now after leading the Major League in wins through July. His command has been iffy at best, and there have been mechanical issues that he can identify, but for whatever reason, hasn't been able to fix.

A big part of his season-long struggles have been keeping the ball inside the yard and getting through the first inning, where his ERA is over 10.00 for the season. If there were some good to take away from his final start, it would be that he got out of the first without allowing a run and didn't allow a homer in the game. In total, Hendricks gave the Cubs five very efficient innings, allowing two runs on five hits to go with five strikeouts.

Kyle Hendricks has allowed 3 ER or less in 11 of 13 career starts at PNC Park. pic.twitter.com/gohPdKV6rl

Opposing him was the Pirates No. 6 overall prospect Roansy Contreras. The right-hander went just three innings but pitched well as he kept the Cubs off the board, allowing just three hits to go with four punchouts. He gave way to a bullpen that has struggled this season, and the Cubs took advantage of that in the top of the fifth.

With the score still tied 0-0 and one out in the fifth, Rafael Ortega and Frank Schwindel kept their great series alive with a pair of singles as each of them had multiple hits for a second straight game.

He has his 23 multi-hit game since August 5th ?? pic.twitter.com/o25enUplfL

Ortega advanced to third on the Schwindel single, which proved to be huge as Contreras drove home the game's first run with a sacrifice fly for the 1-0 Cubs lead.

After getting through five shutout innings, Hendricks started the sixth and didn't last too long, getting through just two hitters. With Yoshi Tsutsugo leading off the bottom of the sixth with a single, Bryan Reynolds tied things up with an RBI triple as he continues to play well. That signaled the end of the road for Hendricks, as he was lifted for Adam Morgan, who inherited another challenging situation.

Morgan didn't make it easy on himself by walking Colin Moran and hitting Ben Gamel to load the bases as the Pirates had a chance to bust things open with no outs. Kevin Newman followed that up with the go-ahead sacrifice fly only to see Morgan recover nicely to get out of the inning without further damage.

With Chasen Shreve on to pitch the seventh for the Pirates, Trayce Thompson collected a pinch-hit double to set the Cubs up before advancing to third on an Ortega bunt. Following a walk by Schwindel to keep the innings alive, Contreras continued his excellent night at the plate, doubling to deep right field to score both runners as the Cubs were back in front 3-2.

Not only did Scott Effross toss a scoreless seventh, but Rowan Wick followed that up with a scoreless eighth as the Cubs were three outs away from ending their losing streak. It appeared as if Contreras has one more great at-bat in him, taking a Kyle Keller pitch to straightaway center only to see Reynolds rob him of what would have been extra bases.

A double by Ian Happ followed that up before walks by Nick Martini, and David Bote had the bases loaded with two outs and a chance for the Cubs to break it open. Much like the rest of the game, the Cubs couldn't come away with the big hit, but give Sergio Alcantara credit as he fouled off six pitches in a 10-pitch at-bat before going down on strikeouts.

Codi Heuer was then called upon to secure the save in the ninth as his last several appearances haven't gone so well. Despite that, Heuer has been excellent with the Cubs, posting a 3.24 ERA across 23 appearances, and has shown he is an essential piece to the future. Even though Heuer allowed a pair of hard-hit balls in play, including the Kyle Tucker fly that took Martini to the wall, Heuer did what he needed to do as the Cubs prevailed 3-2 and snapped another long losing streak.

On a side note, the newest Cub Trent Giambrone picked up his first career hit after getting the call Wednesday afternoon.