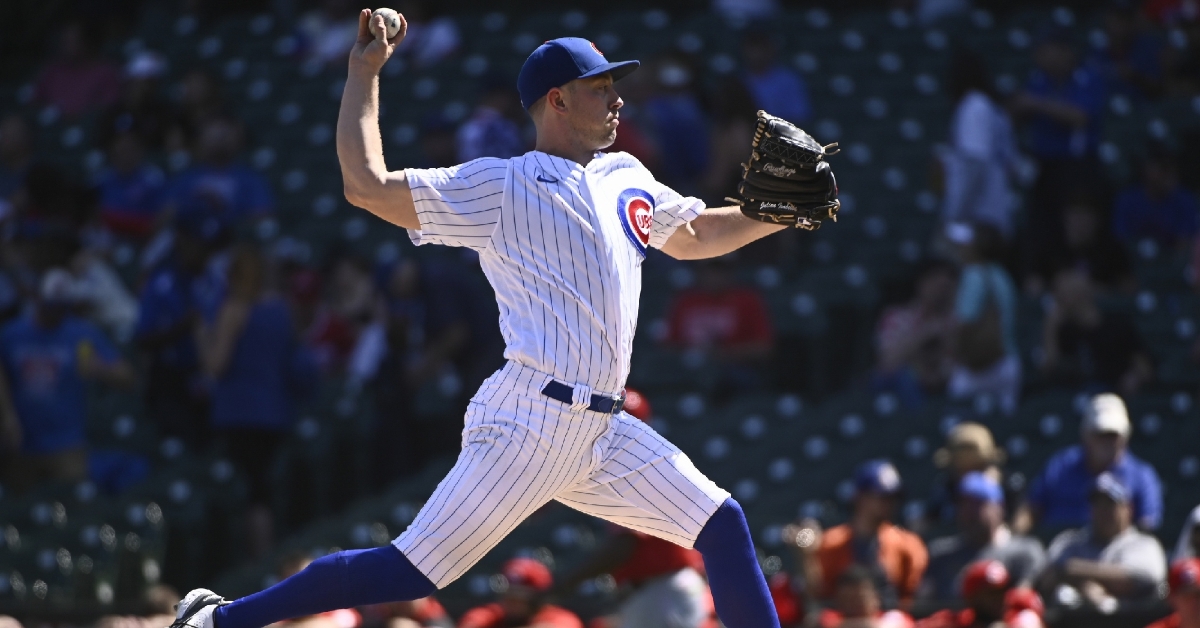 CHICAGO - You ever wonder why David Ross has gotten so Gray this year in the dugout? That happens with age, but when you have a bullpen that has blown or lost 49 games for the Chicago Cubs (57-80), it speeds up the process a bit.

Once again, the Cubs wasted another excellent starting pitching performance from Adrian Sampson, who must be frustrated by his results. Over six innings of work, Sampson was about as good as the Cubs have seen him, as he allowed just one run on five hits to go with a strikeout.

He left with the lead only to have the Cincinnati Reds (55-80) rally for three additional runs off the Cubs bullpen as they came from behind to take the series 4-3. Luis Cessa got the start for the Reds, and through four innings, he was not only good, but unhittable as the right-hander tossed four hitless frames before exiting the game after 5 2/3 with two runs and three hits allowed. Cessa added eight strikeouts to his line as he was terrific.

Across the first three innings, both Cessa and Sampson kept their opposition in check as minimal baserunners were on base. When on base, Sampson did his job in the first inning by recording a double play, while the Reds didn't have much to contend with through four innings.

In the fourth inning, Sampson ran into his first real sign of trouble, allowing singles to Jonathan India and Jake Fraley to put a pair of runners on base with one down. Like all good pitchers do, Sampson found a way to work around that jam as his second inning-ending double play kept the Reds off the board, and the game remained scoreless.

Searching for their first hit in the fifth inning, Nico Hoerner benefitted from the Wrigley Field wind and the bright sunshine as Fraley misplayed a fly ball that allowed Hoerner to reach third with a leadoff triple. Several pitches later saw the Cubs grab the 1-0 lead with PJ Higgins delivering the go-ahead sacrifice fly. Alfonso Rivas added a single later in the inning, but the Cubs saw strike him out and throw him out double play to end the inning.

Another scoreless frame in the sixth for Sampson made it eight straight retired for the right-hander as he was dialed in at this point. With Sampson now doing his thing on the mound, it was up to the Cubs offense to give him more support as they began to mount a two-out rally.

Led by another misplay in the field by TJ Friedl, Seiya Suzuki reached second base on the double before coming home to score on the Franmil Reyes single as the Cubs doubled their lead 2-0. Sampson then came out to pitch the seventh inning only to allow a leadoff homer to Kyle Farmer, which was the final hitter he would face.

Hoping to preserve the narrow lead, Brandon Hughes and Manny Rodriguez worked into and out of trouble as a pair of strikeouts to end the inning left two Reds runners on base. One of the most significant issues for the Reds this season has been their bullpen, and with Buck Farmer on the mound in the seventh, the Cubs tried to capitalize.

With Hoerner benefitting from another weather aided that resulted in a leadoff double, Higgins moved him to third with a bunt before a Rivas walk had runners on the corners with one down. Hoping for a big hit to bring in Hoerner, Alexis Diaz entered the game and struck out both hitters he faced in the seventh to extinguish the threat.

Since the trade deadline when the Cubs got rid of guys like Scott Effross, Mychal Givens, and Chris Martin, the eighth inning has been an issue that continued on Thursday. Not only did Rodriguez allow a walk to Friedl, but he served up a single to Farmer as Rowan Wick was summoned to take over.

Needing to record just one out to get the game to the ninth, Wick's second-half struggles continued as he walked the first two hitters he faced, including Spencer Steer, with the bases loaded to push in a run as the Reds tied things up 2-2 with Sampson getting another no decision.

Despite allowing the Reds to tie things up in the top half of the eighth, Suzuki put Chicago right back in front as his solo shot in the bottom of the eighth gave the Cubs a 3-2 lead as they were looking to close things out late. With Wick and Rodriguez already used, Ross had to go with someone else in the ninth inning and chose Mark Leiter Jr.

One of the biggest things that can haunt a reliever is walking the leadoff man, which is exactly what Leiter Jr did. Following a great play by Rivas on a popped-up bunt, Alejo Lopez made Leiter Jr pay for a mistake up in the zone as he grounded one into left field. Add in a costly misplay from Ian Happ, and Lopez raced to third while the tying run came in to score.

Two batters later, it was India turing on an inside fastball and placing it through the hole between short and third as the Reds took their first lead of the game 4-3. Down to their final three outs, the Cubs were looking to rally off of Ian Gibaut, and Hoerner nearly started that with another wind-assisted fly ball that was caught on a great play from the shortstop Jose Barrero.

One pitch later saw Higgins single up the middle to put the tying run on base as Michael Hermosillo entered as the pinch runner. That was as close as the Cubs would get as Gibaut struck out Rivas and Rafael Ortega to end the game as the Reds came into Wrigley and took the series.