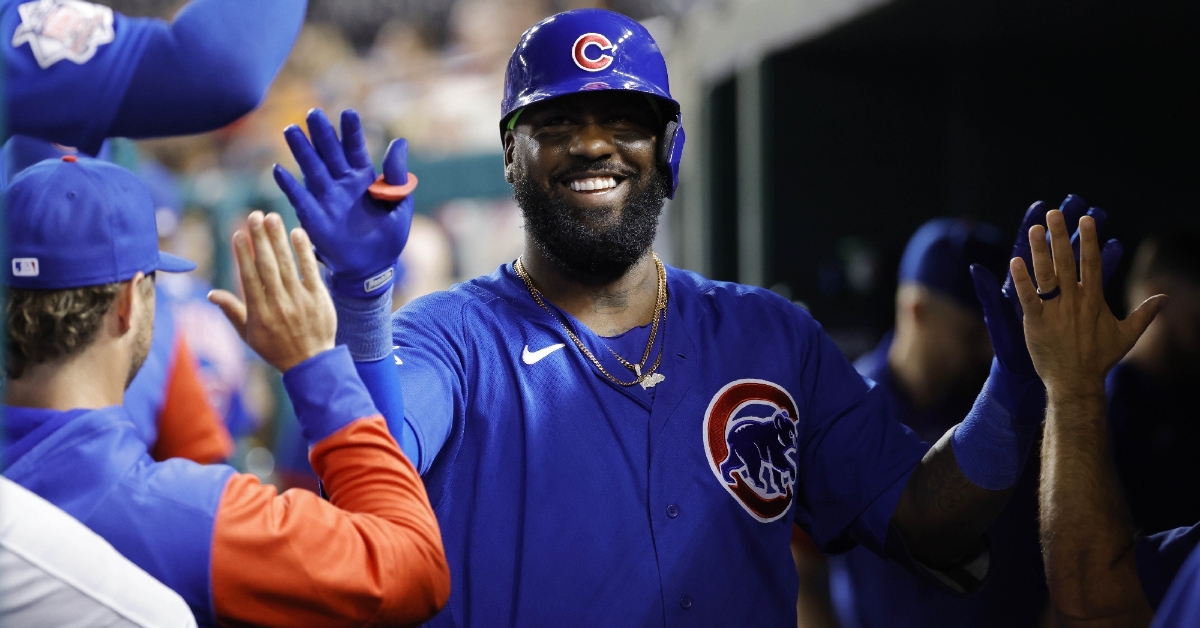 WASHINGTON D.C. - Although the Washington Nationals (39-79) have the worst record in the National League, the Chicago Cubs (48-67) are finding out firsthand that records don't matter in this game. For the second straight night at Nationals Park, the Cubs raced out to a three-run lead only to see that lead evaporate in the later innings.

Unlike Monday, which saw Washington come away with the late win, the Cubs had to dig deep as they picked up the 7-5 extra winning win to even up the series. For all the talk about Keegan Thompson and how good he has been this season, I think it is time Justin Steele starts to earn some of the respect he deserves.

Not only does he continue to get better with each start, but he has given the Cubs their first trusted lefty since Jon Lester and is making a case for himself to be the opening day starter next year. Across six strong innings on Tuesday, Steele was as good as ever, allowing just one unearned run on four hits with five strikeouts to bring his ERA down to 3.43. He now leads the team in ERA and strikeouts as his breakout season continues.

Opposing him was a fellow lefty in Patrick Corbin who can't wait for this season to end. Ever since signing his long-term deal with the Nationals, Corbin has been the worst pitcher in baseball, and it isn't even close. His 6.96 ERA is the worst mark of his career, and against a team he typically dominates, it was Corbin allowing four earned runs as his long season continues.

It didn't take long for the Cubs to strike first as they took the lead in the second inning. With Franmil Reyes and Nico Hoerner picking up one-out singles, it was Nelson Velazquez who cashed in with an RBI double to make things 1-0. That was more than enough for Steele in the early going as he allowed one baserunner in each of the first three innings, but no runs.

Still leading 1-0 in the fourth, the Cubs offense slowly started to come to life against Corbin as Seiya Suzuki led things off with a walk. With one down in the inning, Hoerner doubled the Cubs lead with an RBI double and then raced home on the PJ Higgins single to put the Cubs in front 3-0. The Cubs would extend that lead to 4-0 in the sixth off the Reyes homer before the Nationals started to chip away.

With Victor Robles leading off the bottom of the sixth with a walk and Joey Meneses picking up a single, the Nationals had the first two on for their best scoring chance of the night. They made sure to capitalize on that as Nelson Cruz picked up a sacrifice fly to bring home their first run, which was also the end of the night for Steele.

In what was now a matchup between two struggling pens, it was the Cubs bullpen who continues to have issues, but that is what you get when you trade away the entire back half of your pen. As David Ross continues to tinker with his new look bullpen, Erich Uelmen was the first man to work and didn't even last an inning.

Not only did Cesar Hernandez lead off the bottom of the seventh with a double, but after the Keibert Ruiz single, the Nationals had runners on the corners with one down. A few pitches later saw Ilderamo Vargas come through with an RBI single to make things 4-2, forcing Ross to go back to the pen with Rowan Wick next up.

Wick has been on quite a roll the last two weeks and figured out a way to escape the seventh inning before struggling in the eighth. It was in that inning when the Nationals decided to play long ball as Luke Voit and Lane Thomas connected for solo homers, and just like that, the game was tied. Wick would allow another Hernandez double later in the inning before giving way to Sean Newcomb.

Despite walking the first two men he faced to load the bases, Newcomb worked around that jam and kept things tied as that was the biggest out of the game thus far. With neither team able to come away with a run in the ninth, it was time for some extra baseball where the Cubs were hoping to turn their luck around.

What started with a Zach McKinstry single to put runners on the corners suddenly turned into a bases-loaded situation as Nick Madrigal took one for the team. That set the stage for Willson Contreras, who drove in the go-ahead run with a sacrifice fly, but a costly baserunning mistake by Ortega ended what could have been an even bigger inning.

Washington used that baserunning mistake to their advantage as CJ Adams drove in the tying run in the bottom of the 10th to send the game to the 11th. Once again, it was the Cubs coming away with some quick offense as two batters into the 11th saw them take a 7-5 lead. Patrick Wisdom was responsible for the game-winning RBI double, while Suzuki added some much-needed insurance with a single. Looking to finish things for the Cubs in the 11th was Mark Letier Jr, and all he did was retire the side in order with a pair of strikeouts to pick up his first save of the season.

Hoerner continues to swing a hot bat as he registered three more hits and is now fourth in the NL with a .306 average. Reyes added two hits, with five other players picking up one in the win.