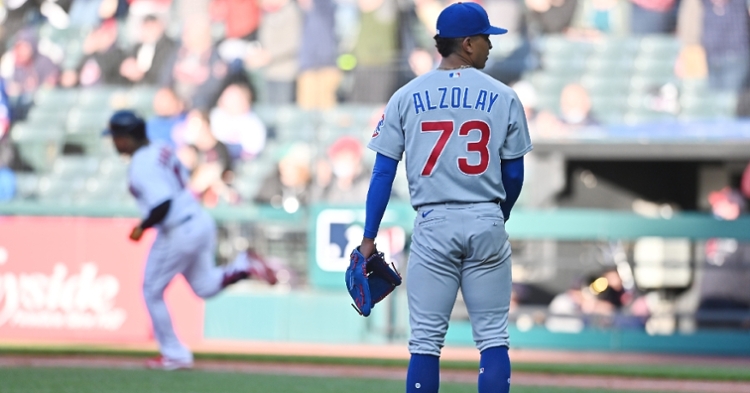 CLEVELAND — In a rematch of the 2016 World Series, the Chicago Cubs (17-18) came out on the losing end against the Cleveland Indians (19-14). The opener of a two-game series at Progressive Field marked the Cubs' first interleague matchup of the season. Tuesday's tilt saw the Tribe score all three of their runs via a pair of homers, and the Cubs fell 3-2. Kris Bryant departed the game in the sixth inning after falling ill during the course of the action.

The Cubs experienced early success at the plate against ace Shane Bieber. Anthony Rizzo hit a doubled that bounced off the wall in left to lead off the second against the reigning American League Cy Young Award winner. Willson Contreras then smacked an RBI base hit to center that plated Rizzo. David Bote walked after that, and a pitch grazed Jason Heyward's knee to load the bases. After striking out Ildemaro Vargas, Bieber forced Eric Sogard to ground into a 4-6-3 double play.

The Indians collected a pair of two-out singles off Adbert Alzolay in the bottom of the second but did not score. Bryant doubled with one out in the third, before Matthew Duffy lined into a 3-6 double play that resulted in Bryant getting doubled off at second. A walk of Rizzo and a single by Contreras led to Rizzo getting thrown out at third on a tapper hit by Bote. Both runners advanced on an ensuing groundout by Heyward, but Vargas struck out swinging to leave them stranded.

Jose Ramirez led off the bottom of the fourth with his 10th dinger of the season. The solo shot to right tied the game at 1-1, but Sogard regained the lead for the North Siders by leading off the top of the fifth with a go-ahead blast that sailed just inside the foul and over the wall in right. The dinger was Sogard's first as a Cub. Alzolay beaned Andres Gimenez in the fifth, and Gimenez stole second with two outs. Soon afterward, Gimenez came home on a two-run jack off the bat of Cesar Hernandez. The 401-footer to right gave the Tribe the lead.

Don't know how in the world José pulled this ball.#OurCLE pic.twitter.com/dAN7615A69

Heyward doubled in the sixth and reached third prior to Sogard striking out swinging to end the half-inning. Joc Pederson singled to begin the seventh, but Nick Martini, who replaced Bryant in the lineup, was then sat down as part of a "strike 'em out, thrown 'em out" play that saw Pederson get gunned down attempting to steal second. Duffy singled to right after that and took second due to a fielding error committed by Josh Naylor in right. Bieber was relieved at that point, and Rizzo subsequently flied out on the first pitch thrown by James Karinchak.

Rizzo made up for the flyout with a web gem in the bottom half of the frame. He snagged a hard-hit burner off the bat of Naylor and threw to a charging Brad Wieck, who relieved Alzolay during the seventh-inning stretch, from one knee for the putout at first. In the ninth, Emmanuel Clase gave up a one-out single to Pederson that bounced off Hernandez's glove at second and carried into the outfield. Martini advanced Pederson to second with an ensuing single, but the game then ended with Duffy grounding into a 4-6-3 double play.