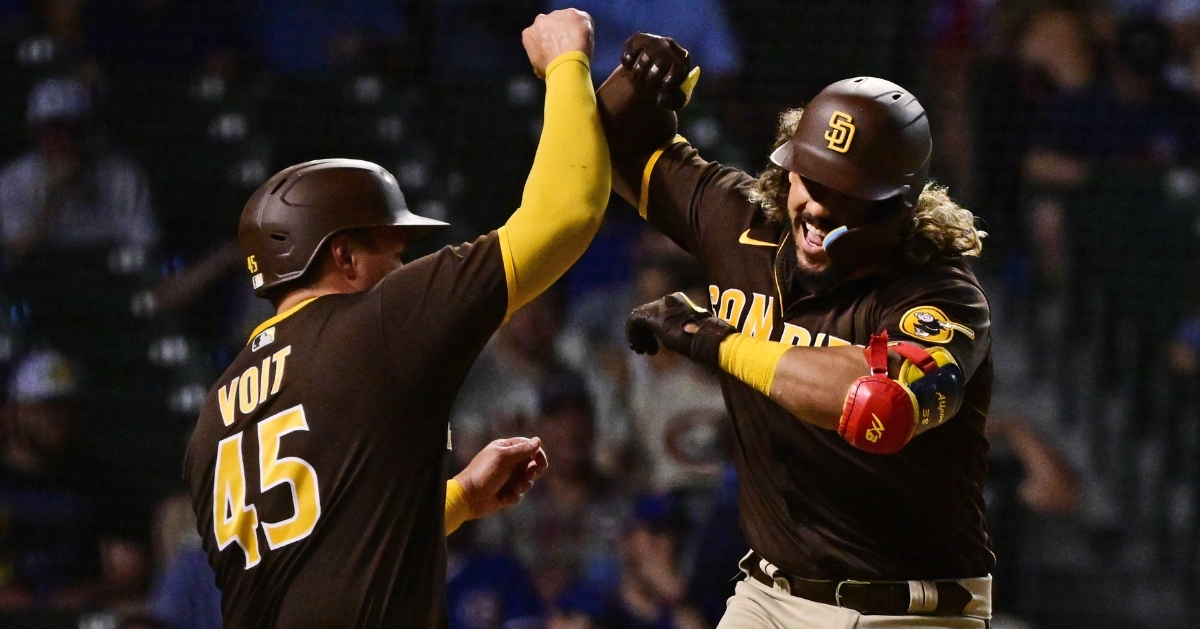 However, if these were little league games where the sixth inning would be the final inning, the Cubs may be a first-place club as they have no trouble grabbing the lead, but can't hold it. One night after letting a 5-0 lead get away and falling 12-5 to the San Diego Padres (40-24), the Cubs were at it again.

With Caleb Killian making his second start, the right-hander was not pleased with his outing as he allowed five runs across four frames with five walks and no strikeouts. Even with that, the Cubs offense managed to grab an early lead as they took a 4-2 lead off of Ryan Weathers in the third. However, just like Tuesday, the bullpen became the laughing stock again, with the Padres outscoring the Cubs 15-1 after the third inning and rolling to another blowout win 19-5.

Killian was abnormally wild and was battling with that from the first inning on. After allowing a Manny Machado single in the first to put the Padres in front 1-0, Killian walked the next two, loading the bases before an RBI forceout from Jorge Alfaro put San Diego up 2-0. That was a common theme all night for Killian as he had to work around plenty of traffic, but he did a great job limiting the damage early.

That allowed the Cubs offense to settle in as they used a massive second inning to take the lead. Four batters in, and the Cubs had the bases loaded with Ian Happ and Nico Hoerner picking up singles and Frank Schwindel working a walk. Walks from Jonathan Villar and PJ Higgins followed that to tie things up before Christopher Morel gave the Cubs a 4-2 lead with his single.

Two innings later, the Padres took the lead for good as a nice two-out rally got the job done. Ha-Seong Kim started that rally by getting hit by a pitch before singles by Trent Grishman, and Jurickson Profar made things 4-3. A Jake Cronenworth double followed that up to give the Padres a 5-4 lead as his massive series continued. That closed the book on Killian's line as he was unhappy with the overall performance.

Like Killian, Weathers was not on top of his game, as he yielded to Craig Stammen and the Padres pen in the fourth inning; the rest was history. In the fifth inning, everything started to unravel as Daniel Norris couldn't do anything right.

An Eric Hosmer single and Alfaro double started that fifth inning before Nomar Mazara's single made things 7-4. That single was followed by a Kim triple, and a Grisham sacrifice fly as the Padres were up 9-4. Norris was charged with all four runs and failed to record an out. With Rowan Wick now on the mound, the right-hander allowed a pair of doubles and a Machado homer as San Diego was creating some distance leading 11-4.

Two singles in the bottom of the fifth from Happ and Villar went by the wayside as the Cubs continued to squander scoring chances. The Cubs did manage to see Morel connect for a solo shot in the sixth, but that was the last of their runs as they still trailed 11-5. While the Cubs may be struggling to hit runners home, the Padres certainly are not, at least not in this series.

Alec Mills twirled a scoreless sixth, but then ran into significant trouble in the seventh as he allowed a double and a single to start the inning before Machado and Luke Voit added RBI hits to make things 13-5. Following a Hosmer RBI groundout, Alfaro capped off another massive inning with a two-run shot as the Padres led 16-5. Apart from Morel and his game, Eric Stout was one of the nice takeaways in this one as he struck out four in 1 2/3 scoreless innings.

Over the past few weeks, blowouts have been a common theme for this team, which is not good. That means David Ross has gone with position player pitchers, and Schwindel was making his third appearance on the mound. Not only did he allow a Voit homer to make things 17-5, but RBI singles from Sergio Alcantara and Grisham had the Padres in front 19-5 and went on to win by that score.

Happ had a great day at the plate, collecting three hits, while Morel added two with three RBIs. Not only are the Cubs riding a nine-game skid, but they are just .5 games ahead of the Cincinnati Reds, who started the season 3-20. If something doesn't change soon, you could be looking at the worst team in baseball by the end of the year and a team playing for the top pick in next year's draft.