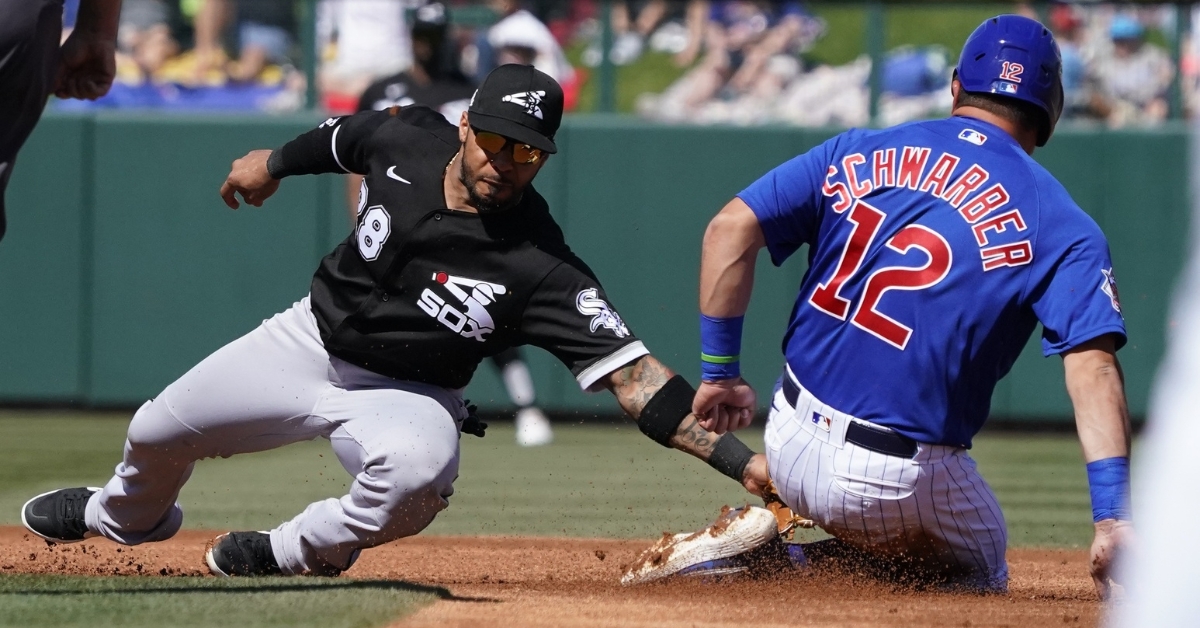 The Cubs (5-8-1) have had a rough go of it for the last week, suffering several bullpen meltdowns, which have resulted in losses. This afternoon they hosted the White Sox (7-5). LHP Jon Lester got the start for Chicago, while RHP Lucas Giolito took the mound for the White Sox.

T-1 Lester gave up back-to-back singles, but righted the ship, fanning the next three.

Lester after his start Friday pic.twitter.com/AGXD5nmI7K

B-4 Cubs finally get a hit as Caratini singles to center. He’d then get second base on a balk. Almora hit a hard, line drive to third (caught),

then Caratini got doubled off of second. Bote reaches on a fielding error by Anderson. Descalso GO-2.

B-5 Perez GO-6, Hoerner HBP, Schwarber singles to the right, Contreras grounds into a 5-4-3 double play.

T-8 Rex Brothers strikes out the side. Cubs trail 6-2.

B-8 Miller uses his speed and bunts his way on. He then steals second and subsequently takes third on an errant throw. That makes Miller’s seventh stolen base this spring.

Much better showing for Big Jon than the last one. pic.twitter.com/1xRDQ7yJnV