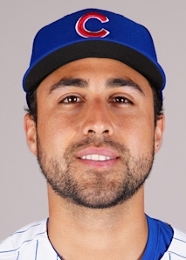 2020
Did not play due to the COVID-19 pandemic postponing the minor league season.