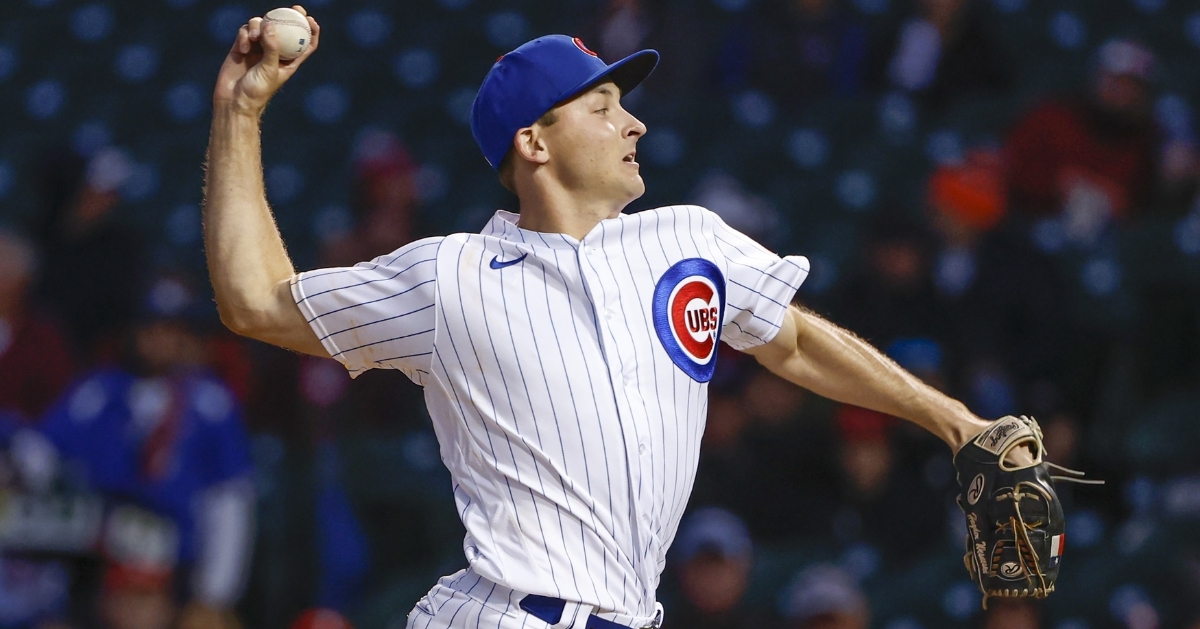 CHICAGO - There may not be a team in baseball that is more feared than the Chicago Cubs (69-86) right now. Record aside, this team has been out of playoff contention for a long time, but since the all-star break, they are five games above .500 and have the third-best ERA among starters in that span.

The Philadelphia Phillies (83-71) are finding out the hard way at Wrigley Field how good their pitching has been, making their playoff chances crumble in the process. Led by another impressive showing from Hayden Wesneski, the Cubs used a four-run fifth inning capped off by the Christopher Morel homer to take down the Phillies 4-2. The win not only clinched the series for the Cubs, but the Phillies are 0-5 against the Cubs this season, leading the Brewers by just .5 games for the final wild-card spot. Should they miss the playoffs, you will look back at this Cubs series as one of the many reasons why.

With every passing start, Wesneski is further solidifying his case that he deserves a shot at making the rotation next year. Not only that, but he deserves to be in the top three as he continues to impress. Not one of his better outings lasting just five innings, Wesneski continues to do what he needs to, as he allowed just one earned run and saw his ERA fall to 2.33.

The Cubs needed that kind of start from him as they faced another tough customer in Aaron Nola. Despite a dismal 10-13 record, Nola has been one of the best pitchers in the national league in September, further proving that wins and losses are the least useful stat among starters. Nola was dominant early on, striking out five consecutive hitters at one point and eight for the game. However, he was charged with four earned runs and took another loss as the Phillies offense continued to scuffle at the worst time.

After wiggling out of a bit of trouble in the second inning, Wesneski had to battle again in the third, with the Phillies looking to break the scoreless tie. With Kyle Schwarber getting hit by a pitch to reach base, Rhys Hoskins followed that up with a single, putting two men on and one out. Schwarber then showed great awareness on the bases as no one was covering third, and he took off to steal it. That proved costly for the Cubs, with Bryce Harper giving the Phillies a 1-0 lead with a sacrifice fly.

With the Cubs offense silent through three innings, it put more pressure on Wesneski, who really ran into trouble in the fourth. Not only did Alec Bohm and Nick Castellanos single to lead things off, but add in another single by Jean Segura, and the Phillies had the bases loaded with just one out. Wesneski managed to pitch around that jam without allowing a run, and that proved to be the momentum shift the Cubs needed as they still trailed 1-0.

It took five innings for them to solve Nola, but once they did, the runs came in bunches. Nico Hoerner led the inning off with a single and would later steal second for his 19th stolen base. A single from Patrick Wisdom put runners on the corners as Yan Gomes tied things up with an RBI fielders choice.

Still batting in the fifth, Alfonso Rivas was hit by a pitch putting two runners on base with Morel stepping to the plate. The rookie utility man has had an up and down second half, but is finishing his season with fury as he connected on the Nola heater for the game-winning three-run shot as the Cubs now led 4-1.

Given the score and how many pitches Wesneski threw, David Ross elected to go to his bullpen with Mark Leiter Jr the first one up. All he did was toss a scoreless sixth inning before running into major trouble in the seventh. Leiter not only allowed Schwarber to lead things off with a single, but Hoskins connected for a single to put runners on the corners with no outs. Harper would then push the Phillies final run across with an RBI groundout as the Cubs led 4-2.

Leiter was done after that batter as Adbert Alzolay came in to finish the inning. Like Leiter, Alzolay ran into trouble during his second inning of work as singles by Castellanos and Segura had the Phillies in business yet again. That was until Brandon Hughes entered the game to play stopper as he picked up a pair of strikeouts to end the threat.

Still holding the 4-2 lead in the ninth, Hughes allowed a leadoff single to Hoskins, but responded with a huge strikeout to Harper for the first out of the inning. Ross then called on Manny Rodriguez to finish things off, and the right-hander did just that, needing seven pitches to retire the final two hitters for his fourth save and gave the Cubs another hard-fought 4-2 win.

Despite being outhit 11-6, the Cubs made their hits count as Esteban Quiroz led the way with two hits. Morel, Rivas, Hoerner, and Wisdom had the rest of the hits for the Cubs as this was their final night game at Wrigley Field for the season.