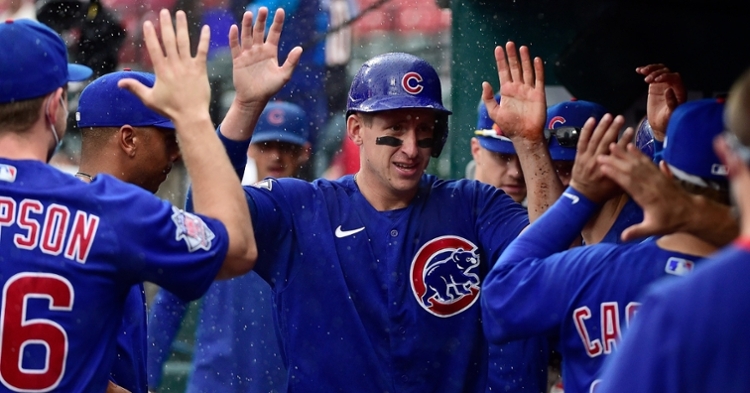 Schwindel is back with the Cubs (Jeff Curry - USA Today Sports)

Schwindel, 29, who was optioned to Iowa prior to yesterday’s game, is hitting .209 (19-for-91) with three doubles, two home runs and nine RBI in 25 games for Chicago this season.

Schwindel made his major league debut in 2019 with the Royals, appearing in six games. He signed with the Athletics as a free agent in November 2020 and played in eight games with Oakland in 2021 before he was claimed off waivers by Chicago.

Menez, 26, will wear uniform number 65 and is 1-0 with a 2.16 ERA (4 ER/16.2 IP) in seven games (one start) for Iowa in his first season in the organization. The left-handed pitcher has tossed 2.0-or-more innings in six of his seven appearances and 3.0-or-more-innings in two games in 2022. Menez was acquired by the Cubs from San Francisco during the Triple-A phase of the 2021 Rule 5 Draft.

Sampson, 30, appeared in his first game for the Cubs this season last night vs. Los Angeles (N.L.), allowing two unearned runs in 1.0 inning of relief.