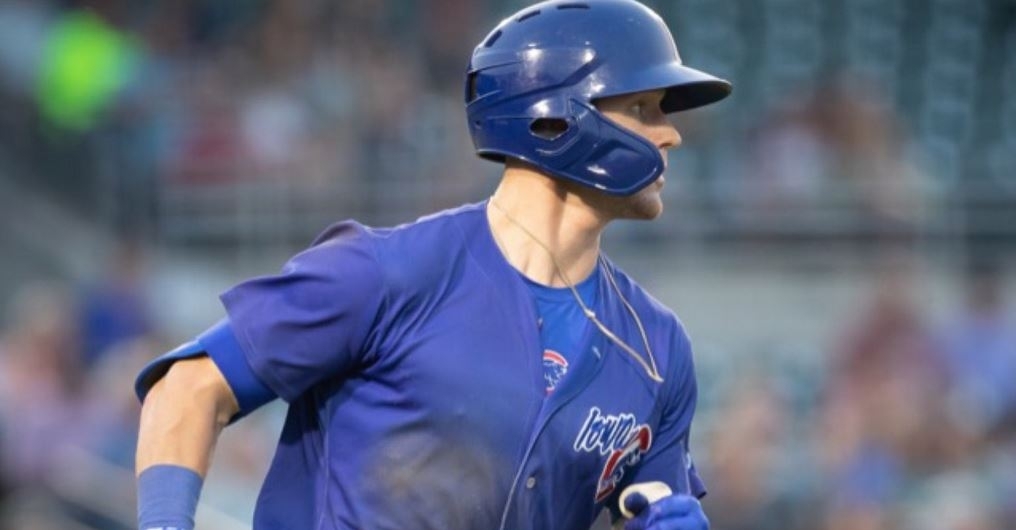 The Cubs loss to the White Sox on Friday was not only tough to swallow, but it set the tone in what was a long night on the diamond for the entire organization. With six minor league games taking place during the major league game, wins were not easy to come by as South Bend was the only team to come out on top.

That left the Cubs with a 1-5 mark on the night after playing great baseball to begin the week. Fans have expected this out of the system at times as the Chicago Cubs continue to call up players from AAA, which forces other affiliates to move players around to balance out their rosters.

When you look at the Chicago White Sox roster and what they did last night, the Omaha Storm Chasers are comparable to minor league standards. Michael Hauschild not only got the start, but is still searching for his first win at Iowa as he allowed six runs in just 3 1/3 innings of work.

Homers by Bobby Witt and Ian Miller had things tied 1-1 in the first, but in the second, Omaha got things going and never looked back. The Kyle Isabel single gave the Storm Chasers the lead at 2-1, but it was Rudy Martin delivering the big blow as his three-run shot had Omaha up 5-1. In the third, a Nick Pratto homer stretched the lead to 6-1 as Iowa will be happy not to see those three for the foreseeable future.

Needing a ton more in terms of offense, Greg Deichmann cashed in with his second homer with Iowa in the bottom of the third, pulling the Cubs within 6-2. MJ Melendrez followed that homer with a homer of his own in the fifth before adding an RBI single in the seventh to push the lead to 8-2. Now trailing 9-2, the Cubs used a Jared Young homer and an Alfonso Rivas seventh-inning single to pull within 9-4 before Johneshwy Fargas went deep in the eighth, making it 9-5. Melendrez capped off the scoring with his second homer of the night in the night as Omaha stood tall 11-5.

Miller was one of three Cubs to record two hits in the game, joining Young and Deichmann. Rivas and Fargas collected the other hits while Nick Martini, Trayce Thompson, and Abiatal Avelino all went hitless.

The Cubs used a fantastic pitching performance on Friday night to double up the Chiefs as they picked up a much-needed 4-2 win. Anderson Espinoza put together an excellent start for South Bend despite going just four innings. He allowed just two runs on two hits, but managed to strike out nine as he continues to impress on the mound.

For Espinoza, the Cubs gave him an early lead with help from Peoria as an error had the Cubs in front 1-0 in the first. That lead held until the fourth, with Espinoza served up a two-run double to Matt Chamberlin, putting the Chiefs in front in the process. Fortunately for Espinoza and the Cubs, their offense would start to heat up as the game went on, and they were able to bail him out of a losing start.

Immediately following that double by Chamberlin, Bryce Windham brought the power as his third homer of the season gave the Cubs a 3-2 lead in the fifth, and they never looked back.

An Alexander Canario single in the eighth provided the Cubs with a huge insurance run before Eduarniel Nunez came on to secure the save in a 4-2 Cubs win.

There was plenty of contact to go around for South Bend, with Luis Vazquez, Yohendrick Pinango, Jake Slaughter, and Canario all having two-hit games. Tyler Durna, Windham, and Scott McKeon tallied the remaining three hits for South Bend in the win, with Bryce Ball and Yonathan Perlaza going hitless.

Canario adds an insurance run in the eight but Bryce Windham's two-run shot is the difference as the Cubs take their third win of the series in Peoria!#SBCubs | #CubTogether pic.twitter.com/LYV0HO0GT4

To say the Pelicans had the Fireflies number would be an understatement as they took the first three games of this series. Not only that, but going back a bit further and the Pelicans entered Friday riding an 11-game winning streak against Columbia. That all came to an end on Friday as the Fireflies finally solved the Pelicans in a 5-0 win.

Jose Miguel Gonzalez got the started and struggled through his four innings as he allowed all five runs, with four of them earned. Porter Hodge and Jaret Wright came on in relief of Gonzalez, but Hodge put together a great effort giving Myrtle Beach four shutout innings to go with five strikeouts.

Typically, you wouldn't worry about the Pelicans trailing after just a few innings with Juan Carlos Negret picking up a first-inning sacrifice fly ahead of the Diego Hernandez homer in the second to make things 2-0. Given the way the Pelicans have played this series, no lead seemed safe at this point, and Columbia had that same mindset.

That is why they took it upon themselves to put the game away in the fourth as Omar Hernandez opened the scoring in that frame with a ground-rule double before trotting home on the Diego Hernandez single. Herard Gonzalez picked up a sacrifice fly later in that inning as the Fireflies chased Juan Gonzalez following that frame and holding a 5-0 lead.

In the end, that would be more than enough runs for Columbia on the night as Myrtle Beach was held to just four hits in what was a quiet night for them. Christian Franklin was one of four players to pick up a hit as he tallied his first Low A hit of his career. He was joined by Kevin Made, Owen Caissie, and Jacob Wetzel, with Ed Howard and Casey Opitz going hitless. Howard did manage to take a pair of walks.

Columbia takes this one. We’ll be back tomorrow. #MBPelicans pic.twitter.com/OQkBzvHmHW

The Cubs saw an early lead erased in the third inning before the Reds added to it and picked up the win. Ronnier Quintero got the scoring started with a huge RBI double in the second that put his team in front 2-0. Add in the Ezequiel Pagan homer in the third, and the Cubs were rolling 3-0 at that point, but it was the Reds who had an answer.

Not only did they have an answer, but they tied the game with one swing as Jay Allen cleared the bases with an RBI double, and just like that, it was 3-3 in the bottom of the third. One inning later saw the Reds take the lead with the Ivan Fernandez single before adding to it in the sixth off a Gus Steiger single. Trailing 5-3 in the seventh, Pagan picked up his second RBI of the night with a sharp single as the Cubs were within 5-4.

Unfortunately for them and the fans, that would be all the offense they could generate as the Reds picked up the one-run victory. Pagan and Ronnier Quintero provided all the offense, but Pagan and Ismael Mena led the team with two hits. Miguel Fabrizio, Felix Stevens, Ronnier Quintero, and Juan Mora added hits, with Yeison Santana and Kevin Alcantara suffering hitless nights.

Despite a big second inning early in the game, the DSL Red Cubs continue to struggle winning games as they dropped one to the Rangers 9-7. Pedro Ramirez continues to hit the ball hard, collecting three more hits to go with three RBIs, and is now hitting .386 on the season. The longer he continues to do this, the more he proves to be the best hitter in the system.

Cristian More and Andrews Cruz added two hits, with Brayan Altuve, Samuel Duarte, and Raino Coran all having hits. After a strong start to his season, Moises Ballesteros has started to cool off and saw his average fall to .233 after a hitless night.

The Cubs will be happy not to see the Rangers for a while as both rookie teams struggled with them all weekend. On this day, the Rangers used a pair of three-run innings and a two-run inning, all in the first five innings, to do most of the damage, while the Cubs scored three in the ninth to make things more interesting.

Two of those three late-game RBIs came off the bat of Leonel Espinoza, who connected for his third homer of the season, with Carlos Ramos adding the only other RBI for his team. The Cubs were gifted a pair of runs-off errors in the game, but ultimately, they couldn't come up with enough clutch hits to win the game.

Espinoza added two hits to go with his two RBIs from the leadoff spot, joining Jerry Torres with a multi-hit game. Cristian Hernandez stayed hot, picking up another hit while Frank Hernandez, Joanfran Rojas, Lizardo Ruiz, and Carlos Ramos all had hits.