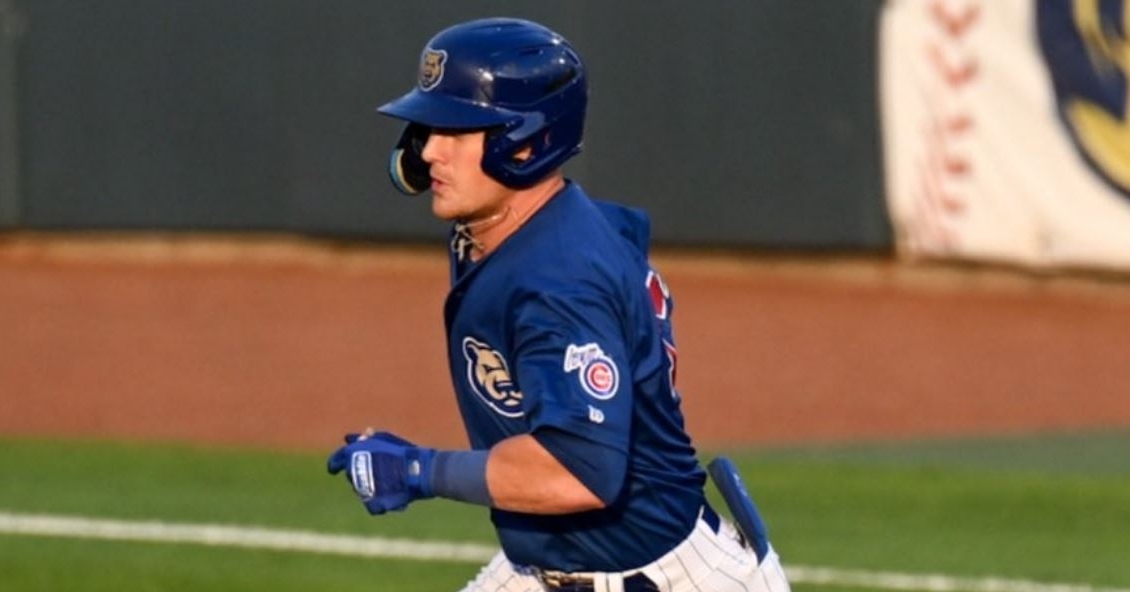 As we move toward the All-star break, the Cubs are starting to see their minor league system put together some big wins. One night after watching the offense shoulder the load, the pitching stood out as the Cubs went 2-2 in full-season play on Friday.

Led by an outstanding pitching performance and one big inning, the Cubs continued to play well, heading into the All-star break, and topped the Bisons 3-1. Matt Dermody continues to give the Cubs quality starts by giving them five innings of one-run ball to go with four punchouts.

He was relieved by Sean Newcomb, who tossed three scoreless frames, while Erich Uelmen finished things off for the save. The only run of the game for the Bisons came in the second when Logan Warmoth cashed in with an RBI single that put the Cubs behind by one.

At that time, that score looked like it would hold up as the Iowa offense was doing next to nothing in the early going. That was until the fourth inning when Greg Deichmann provided all the Cubs offense with one swing as his three-run shot lifted the Iowa Cubs to the 3-1 win.

Greg Deichmann puts us on top with this three-run shot! pic.twitter.com/1SJ8ZtDYKu

Deichmann led the way with two hits as Darius Hill, and Jared Young joined him.

It took four games into this weekend's series for the Smokies to fall as the Shuckers bested them on Friday. Peyton Remy was hit with the loss as he gave the Smokies six innings of five-run ball with four runs earned.

A large chunk of the damage against Remy came in the first inning when the scorching hot Garrett Mitchell cranked a three-run homer to make things 3-0 in favor of Biloxi. Speaking of homers, the Smokies managed to pull within 3-2 in the bottom of the first, with Matt Mervis getting in on the fun.

Mervis with a 2 run shot to put the Smokies on the board! Smokies trail 3-2 in the bottom of the first. @mmervis12 pic.twitter.com/ywRgOTFwkx

Still trailing by one in the fourth, the Smokies fell further behind, with Brent Diaz and Sal Frelick cashing in with RBI singles to make things 5-2. Tennessee would get one of those runs back on the Jake Slaughter RBI single in the fifth, but couldn't come away with anything else, falling to the Shuckers 5-3.

It took 14 games for the Chiefs to win a game against the Cubs, but they managed to pull one out Friday. Despite Manuel Espinoza dealing with command issues, he got through four innings allowing just one run, which gave South Bend a chance.

Unfortunately, Jarod Wright couldn't hold on to that lead as he surrendered four runs across the final four innings to take the loss. Looking to secure his second win of the season was Zane Mills, and things got off to a bumpy ride for him as Yohendrick Pinango left the building in the first to put the Cubs in front 2-0.

Mills did a great job settling in after that, as he didn't allow another run the rest of the way while getting through seven innings. The one run-off of Espinoza came in the third inning when Todd Lott singled to close the gap to 2-1.

Two innings later saw the Chiefs grab the lead for good, with LJ Jones taking Wright deep and putting the Cubs in a 3-2 hole. That score would hold until the bottom of the eighth when Osvaldo Tovalin came through with a clutch RBI single to make things 5-2.

Looking to rally in the ninth, Casey Opitz came up with an RBI single to pull the Cubs within 5-3 while also setting the offense up with runners on the corners. That would be as close as the Cubs, as they couldn't get the big hit. Pinango and Fabian Pertuz led the way with two hits, while Opitz and BJ Murray Jr picked up the other two.

Just like that, we have a tied-up series as the Pelicans shut out the Woodpeckers 2-0. Tyler Santana set the tone on the mound allowing just two hits across his 5 1/3 innings as he walked one and struck out six. His ERA now sits at 2.38 for the season, and he should continue to get more looks at the rotation during the second half.

Frank Scalzo Jr took over for Santana and tossed 2 2/3 scoreless frames to earn the win while adding five strikeouts. Despite the Pelicans putting together a strong pitching performance, so did Fayetteville, as Edinson Batista struck out nine in six solid innings.

Batista was charged with both runs in a tough-luck loss as Kevin Alcantara delivered the game-winning single ahead of the Ezequiel Pagan double that lifted the Pelicans to the 2-0 win.

Those were just two of the team's five hits as James Triantos led the way with two and Juan Mora grabbed one.

Santa gifted a shutout for Christmas in July.