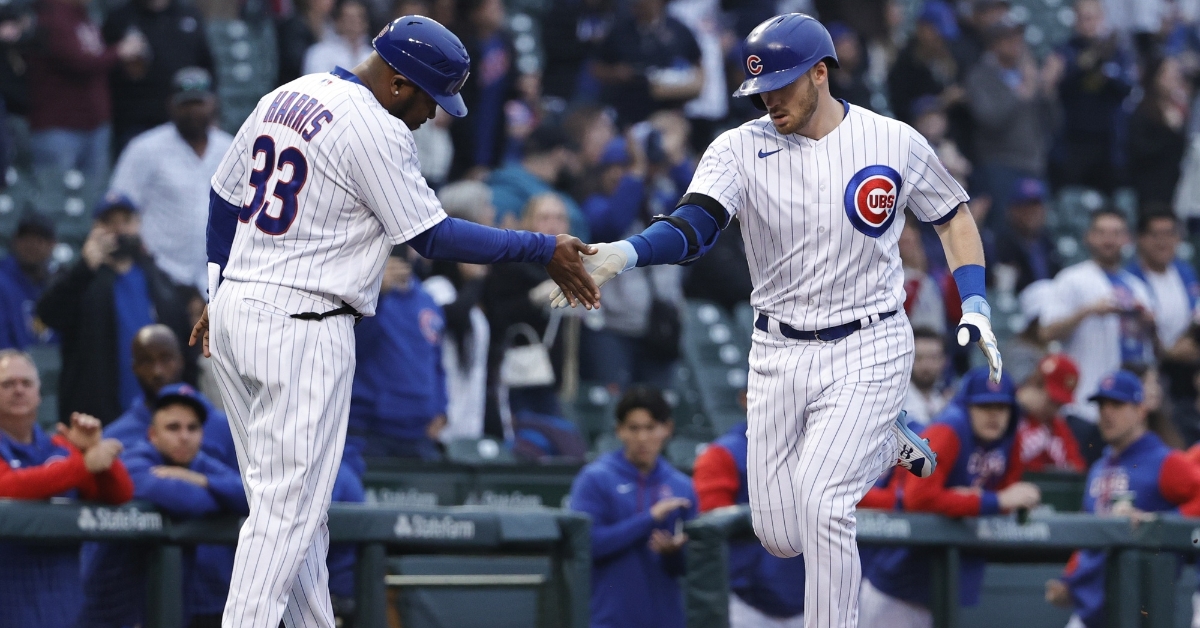 CHICAGO - One of the best things about Major League Baseball is watching a game at Wrigley Field when the Chicago Cubs (15-21) are winning. Sure, they may not be winning a ton this season, but they are playing better lately, bringing more fans back to the ballpark. Throw in some new faces, and the energy is at a season-high.

Already with a pair of shutouts over the Pittsburgh Pirates (16-21) this week, the Cubs starting rotation has been on a roll and looked to continue that with Drew Smyly. Say what you want about his 1-5 record. Of all the starters in the Cubs rotation, Smyly has been the most consistent since day one and was consistent again on Wednesday. His final line doesn't look great in terms of 4 1/3 inning of work with three runs allowed, but he did strike out five. Regardless, the combination of Will Crowe and Mitch Keller for the Pirates did the job early as Pittsburgh avoided the sweep with a 3-2 win.

Not known as a strikeout pitcher, Smyly came to play on Wednesday, recording a pair of first-inning punchouts before striking out the side in the second. Ironically, those were his only strikeouts on the day, but he continues to do what you would expect from him.

All series long, the Cubs have gotten off to great starts, which continued against Crowe in the first. With two outs in the inning, Ian Happ got into one and took it over the left-center field to make things 1-0 Cubs. Despite his strong start to the game, Smyly struggled in the third as this was the inning that started to signal the end of the road for him. 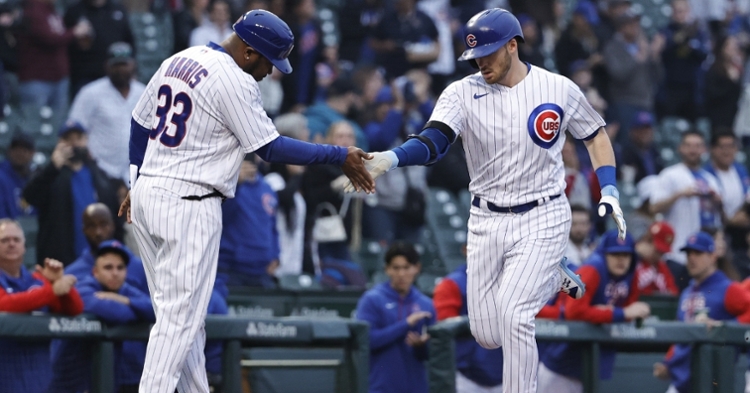 After retiring the first two hitters of the inning, Ke'Bryan Hayes unloaded for a long fly ball to dead center, which ultimately hit the basket for a double. With Bryan Reynolds keeping the inning alive with a base on balls, RBI singles from Michael Chavis and Daniel Vogelbach brought home two runs as Pittsburgh took the lead and ended their scoreless streak against Cubs at 20 2/3 innings to start the series.

With Keller now on the mound for Pittsburgh, the Cubs offense started to heat up in the bottom of the fourth, with Seiya Suzuki ripping a leadoff double to set things up. Two batters later saw Frank Schwindel drop one into right field for the single, and just like that, the game was tied 2-2. A Jonathan Villar single and Christopher Morel walk loaded the bases, but the Cubs were unable to strike for more.

That would be the last run for the Cubs, but three of their five hits came in that inning as things were very slow offensively for them. Heading to the fifth inning, fans were treated to a great moment, even if it was for the visiting team. With Chicagoland native Jack Suwinski at the plate, he managed to get under a Smyly off-speed pitch and rode it out to center field for the solo homer putting the Pirates back on top 3-2.

Given how tough the back end of the Pirates bullpen has been, that was a massive run for that team as Duane Underwood Jr was set to take the mound. The former Cubs farmhand did what he needed to do over three innings, allowing minimal baserunners to keep the Pirates in front. That 3-2 lead remained in effect to the night as Pirates closer David Bednar entered to pitch the eighth retiring the Cubs in order.

With just one inning to go, David Robertson returned to the mound after missing nearly two weeks with COVID. Although not a save opportunity, Robertson treated it like one and finished his inning of work with two strikeouts and no runs allowed. With Bednar still on the hill in the bottom of the night, both Schwindel and Villar were retired as the pressure fell on Morel to keep the game alive.

From being down 0-2 to working the count back to full, Morell kept the inning alive as his single up the middle kept the game alive, with Yan Gomes coming to the plate. Gomes had a couple of good swings in his at-bat, but couldn't generate the game-ending hit as his routine flyout sealed the Cubs fate in a 3-2 Pirates win. The Cubs had just five hits in the game, with Suzuki, Happ, Villar, Morel, and Schwindel grabbing one.