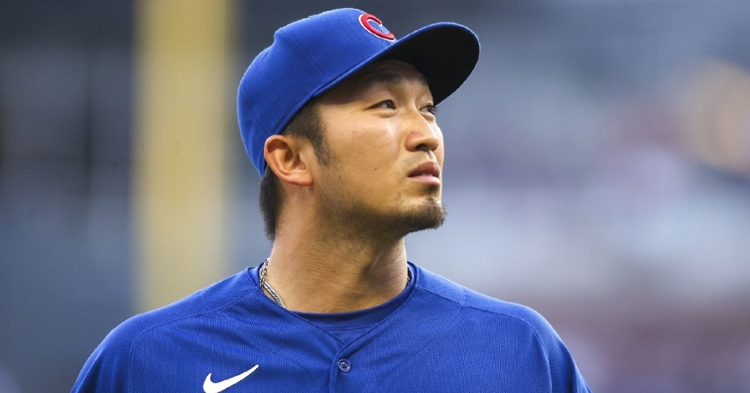 ATLANTA - It was an emotional night at Truist Park on Thursday as fans were greeted with a pair of special moments. First, Willson Contreas and his younger brother William exchanged the lineup cards as this was the first time they were on a major league diamond together. Secondly, after nearly a year away from the game, Ronald Acuna Jr returned to the Atlanta Braves (9-11) lineup, and they were hoping he could bring the spark they have been waiting for.

The Chicago Cubs (8-11) are looking for a spark of their own as their offense has struggled over the last week. On Thursday, things didn't get any easier with Kyle Wright taking the mound against Drew Smyly. Entering the game with a sub 2.00 ERA, Wright continued to do his thing giving the Braves seven quality innings of one-run ball to go with eight punchouts. That not only lowered his ERA to 1.13 on the season, but a late-game offensive surge for Atlanta gave the Braves a comfortable 5-1 win.

Looking at the final score, you would think that the Braves dominated the game from start to finish. That was not the case, as the Cubs hung right with them apart from one bad inning. You have to feel for Smyly, who continues to pitch well and took a hard-luck loss. Despite going just 4 2/3 innings, Smyly held the Braves to just two runs while walking one and striking out four. His ERA continues to be the best in the rotation sitting at a 2.73, but with a lack of offense, he falls to 1-2 on the season.

Coming into the game, the Cubs knew Wright would be a tough customer, but they never knew how tough. They had a chance to breakthrough in the first inning with a leadoff single from Rafael Ortega and then a Contreras walk, but couldn't cash in when needed. On the other hand, Atlanta did cash in during the bottom half of the first, with Austin Riley going yard for the fifth time this season to put the Braves on top 1-0.

Not to be discouraged from wasting an opportunity in the first, Alfonso Rivas and Jason Heyward began the second inning with a pair of walks, putting two runners on. Standing at third and two outs, Rivas showed great awareness on the bases as Nico Hoerner got into a rundown after getting picked off, but stayed alive long enough for Rivas to come home and tie things up 1-1. Baserunning continues to be an issue for the Cubs as they need to fix that and fix it fast.

One inning later saw the Braves play long ball again, with Dansby Swanson getting into a Smyly fastball and driving it out to center for the 2-1 lead. Little did Atlanta know that would be the winning run as Wright was tough to crack all game long. Across the next two innings, Atlanta had several opportunities to bust things open, but credit Smyly and Scott Effross for working around those jams.

The Cubs, on the other hand, didn't have hardly any chances as they managed just three hits in the game. That put more pressure on a bullpen that has been good all season, but has shown some weakness over the last few nights. After scoreless outings from Effross and Chris Martin, it was time for the rookie Ethan Roberts to pitch the eighth as he was tasked with keeping things close.

Roberts has been thrown into the fire quite a bit this season, but that shows you how much David Ross trusts him. Although some of his outings haven't been great, Roberts continues to show flashes of being a legitimate big-league start which is all you can ask for in a young arm. Thursday was a rough outing for Roberts and his worst outing of the season.

After allowing Marcell Ozuna to lead things off with a single, Roberts bounced back to retire Ozzie Albies only to allow a Travis d'Arnaud double to put the Braves up 3-1. Several pitches later saw Adam Duvall end his long homerless streak as his two-run shot busted the game wide open 5-1. Roberts was charged with all three of those runs as his ERA rose three runs to 7.71.

Needing a boatload of runs late and not a ton of time to get those runs, Will Smith entered the game to replace A.J. Minter and retired the Cubs in order to secure the Braves first series win of the season. Although the Cubs had just three hits with Ortega, Heyward, and Ian Happ recording those hits, they did take four walks. However, several wasted chances early in the game drastically changed the outcome as the Cubs now shift their attention to Milwaukee.