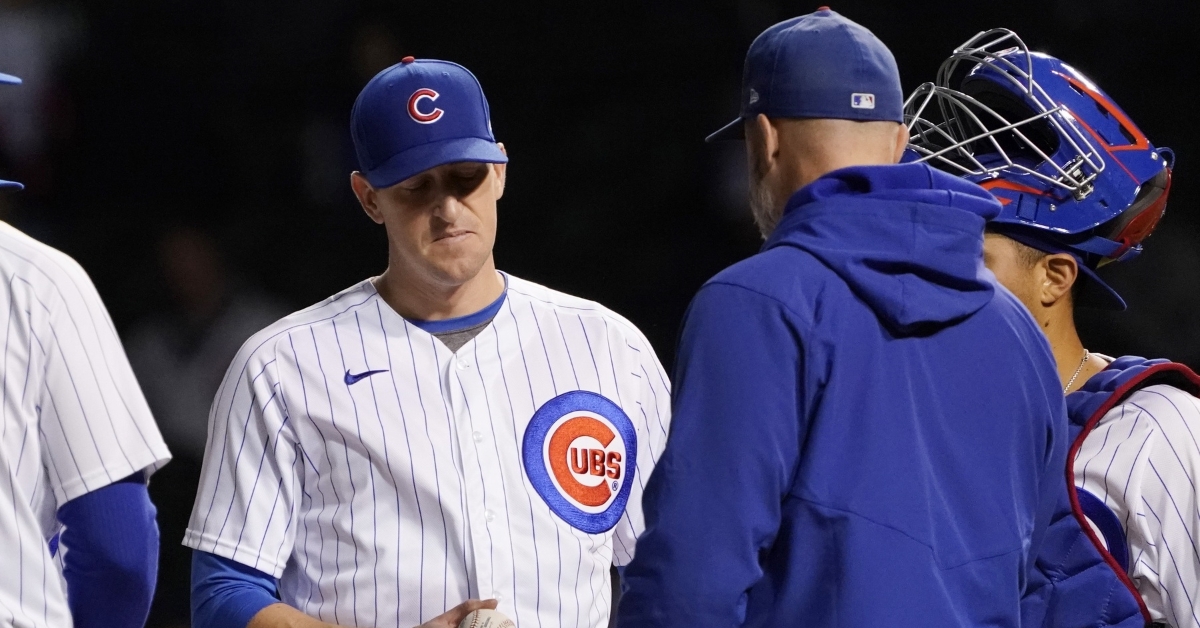 CHICAGO – If the Chicago Cubs (67-85) goal coming into this series with the Minnesota Twins (67-85) was to gain a better draft pick instead of winning games, then mission accomplished. In what was an extremely windy night at Wrigley, where the ball looked like a disappearing act in mid-air, the Twins were doing what they needed to do as Max Kepler led the way for the offense.

Behind Joe Ryan and his arm, and Kepler's bat, which he somehow managed to power two homers out into the teeth of that wind, the Twins managed to build an early lead before holding the Cubs off 5-4 in the end. The loss moves the Cubs and Twins to an identical record in the reverse standings, but given the Twins have a higher run differential in the head-to-head, the Cubs now move into the seventh pick for the 2022 draft while the Twins fall to eighth.

Kyle Hendricks is looking to finish his season on a positive note, who continues to go through a horrendous stretch on the mound. After posting a 3.71 ERA pre-trade deadline, things have gone south for Hendricks in a hurry as his ERA is north of 6.00 since including a five-start stretch where it is over 8.00. Something has been off with him all season long, and it is a concern when he is looked at as the Cubs ace heading into next season.

A big reason for his struggles has been his inability to keep the ball in the yard and his first-inning struggles, where he has an ERA around 11.00. Both of those were once again an issue last night as Josh Donaldson singled up the middle with two outs extending the first for Kepler. Left-handed hitters had the only advantage with the wind howling in off the lake, even if it wasn't a significant advantage. Knowing this, Kepler capitalized on that advantage, clubbing the first of his two homers to put the Twins on top 2-0 in the first.

The same couldn't be said about Ryan as he was simply brilliant on the mound. Acquired in the Nelson Cruz trade at the deadline, Ryan made his major league debut against the Cubs on September 1 and has only gotten better in his four starts since. He delivered his best outing as a pro Wednesday as the right-hander allowed two runs on three hits in just five innings, but struck out 11 of a possible 15 in the process.

After striking out the side in quick fashion in the first, Ryan ran into some trouble in the second, walking Ian Happ to lead off the inning. That was followed by a slicing Matt Duffy double down the right-field line putting two runners in scoring position with no one out. Looking to drive home at least one, Robinson Chirinos hit one high up into the night sky and watched the win push the ball back to short left for a challenging but meaningless out. Fortunately, Nico Hoerner came through, ripping a Ryan fastball up the middle to plate a pair and tying things up 2-2.

Hendricks appeared to be settling in after another painful first inning only to see Kepler greet him again in the second with his second homer of the night as the Twins took the lead for good at that point 3-2. That didn't bode well for the Cubs at this point, as Ryan struck out the final seven he faced to end his outing and eight of nine following the Frank Schwindel single, which extended his hitting streak.

Hendricks started off the sixth inning strong, but began to labor after a Kepler double, followed by an error that allowed another run to score. Hendricks final line was 5 2/3 innings on the mound allowing three runs with three punchouts as his miserable second half continues.

Over the next few innings, it became a battle of the bullpens with Adam Morgan, Adbert Alzolay, and Rowan Wick tossing scoreless frames for the Cubs while Tyler Duffey, Juan Minaya, and Jorge Alcala all tossed scoreless outings for the Twins to keep the game 4-2 heading into the ninth. In that inning, both offenses started to heat up as Codi Heuer suffered his second straight rough outing after a dominating stretch.

Nick Gordon led things off with a sharply hit double before a walk put two runners on with no outs. After Gordon used his legs to steal third, Andrelton Simmons pushed home the winning run for the Twins as his sacrifice fly made things 5-2 before Heuer got out of the rest of the inning unharmed.

Looking to close things out was Alex Colome, who didn't make things easy on himself. Not only did Schwindel pick up his third hit of the game with a leadoff double, but two batters later saw Happ drive him in with a single as the Cubs were within 5-3. Following a Duffy walk, David Ross got aggressive on the bases as a double steal moved the tying run to second and winning run at the plate.

Willson Contreras did his part with an RBI groundout to make things 5-4, but Duffy held at second, which proved to be costly in the end. Looking to keep the line moving was Hoerner, who picked up a shallow single of his own once again putting runners on the corners. Hoerner would end up stealing second as he was now the winning run, but that is as close as things would get with Trayce Thompson striking out to end the game.

The Cubs will enjoy the day off on Thursday before starting their final home series of the season with a doubleheader against the burning hot St. Louis Cardinals on Friday. Game one set for 1:20, with game two later in the day.