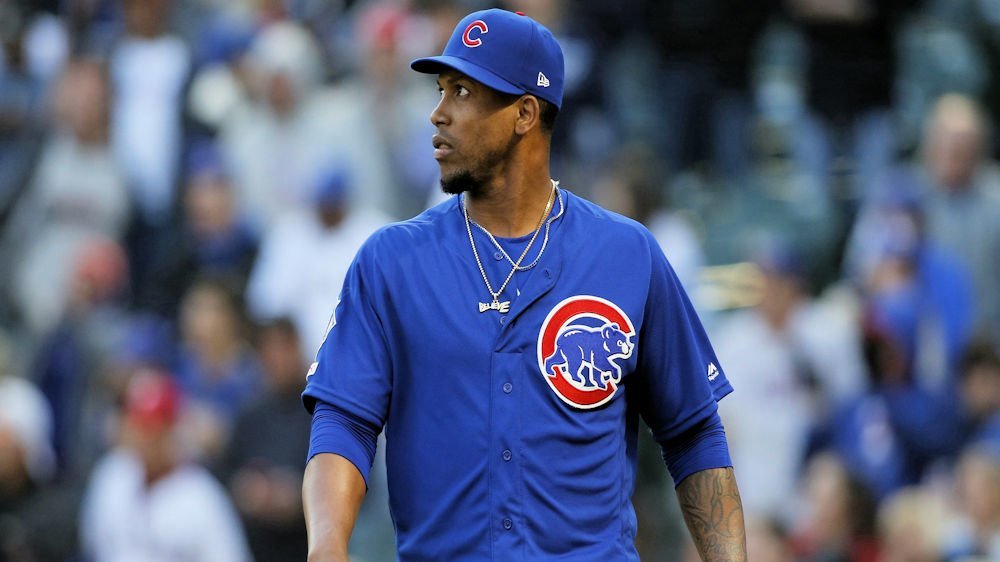 The Cubs farmhands continue to flash what the future holds as may players are having great seasons. From comeback players to breakout performances, this season has been a successful one thus far as the future looks bright in Chicago. Despite a 1-2 record last night, there were still some positive performances that will look to be built upon down the road.

IOWA CUBS 3 – New Orleans Baby Cakes 0: Perhaps the biggest storyline for the Iowa Cubs this season has been the comeback effort from starting pitcher Collin Rea. Signed as a minor league free agent this offseason, Rea was once a top of the rotation arm for the San Diego Padres before being dealt to Miami where arm issues sidelined him for many seasons.

Now back in a baseball uniform, Rea (6-1) has not only been determined to make it back to the bigs but has been the best pitcher in AAA for the Cubs as his strong season continued with a 3-0 win yesterday. Rea continues to dominate hitters, lasting seven innings with just 3H, and allowing 0BB with 5K to bring his ERA down to 2.77. The bullpen finished things off from there with Junichi Tazawa earning his first save of the season.

It took a little while for the Iowa offense to get going as the teams were held scoreless through four innings. It was in the fifth when Iowa broke the scoreless tie, plating what would be the game-winning run on the Wynton Bernard double for the 1-0 lead. Looking to back Rea with a little bit more run support, the Cubs got just what they needed in the eighth putting Iowa in complete control.

It was all about the long ball in this half of an inning as both Ian Happ (7), and Donnie Dewees (5) went deep for solo home runs as the lead grew to 3-0. The inning continued with the next hitter as Phillip Evans worked a walk putting another baserunner on base, but a pair of strikeouts immediately following prevented Iowa from scoring more runs.

Looking to make a strong impression to get back to the bigs this weekend, Pedro Strop began his rehab assignment in the eighth inning tossing a scoreless frame with 1K. Tazawa then entered the game in the ninth to shut the door for the save and 3-0 win as he still has yet to allow an earned run with Iowa.

With the win, the Cubs are back to playing winning baseball battling out of a two-week slump to get back to 32-21 on the season. Bernard was the lone Iowa batter with multiple hits in the game collecting two of the teams eight in the win. Happ went 1-4 with 2K, while recently demoted Mark Zagunis went 1-4, 2K in his first start for Iowa this season.

.@EMCInsurance Player of the Game goes to Colin Rea! pic.twitter.com/MPZWlCBbfY

TENNESSEE SMOKIES 1 – Biloxi Shuckers 7: Looking to continue his AA dominance, top pitching prospect Oscar De La Cruz got the ball looking for his third straight win. On this night, however, De La Cruz (2-2) was off his game allowing a season-high 5 ER in 5 innings to bring his ERA to 3.62 as the Smokies couldn’t get much done offensively falling 7-1.

You could get the sense that it was going to be a long night on the diamond as the Shuckers put the pressure on De La Cruz immediately in the first two innings. A one-out Trent Grisham double, and Jake Gatewood walk put a pair of runners on base as Dillon Thomas doubled home both runners shortly after for the 2-0 Biloxi lead.

The Shuckers doubled their lead in the second inning as Grisham ripped another base hit, this time a 2 RBI triple for the 4-0 lead. After settling down for a couple of innings, De La Cruz allowed one final run in the fifth when Patrick Leonard took him deep for his fifth homer of the season and the 5-0 Shuckers lead.

Luis Aviles Jr, continued the Biloxi scoring onslaught in the sixth inning, pushing the lead to 6-0 following an RBI single. It wasn’t until the seventh inning when the Smokies put an end to the shutout bid as they looked to battle back. With the first two batters down on strikes, it was some two-out magic that pushed across the lone Tennessee run of the game.

Singles from Gioskar Amaya and Jesse Hodges put a pair of runners on as the Smokies looked to strike for a big inning. Connor Myers kept the line moving with a third consecutive single and just like that it was a 6-1 game. However, the offense stalled right there as Weston Wilson added one more Shuckers run in the bottom of the seventh to roll past the Smokies 7-1 for the win.

Tennessee continues to battle through some injuries as they fall to 25-25 on the season. The Smokies tallied seven hits in the game with seven different players collecting one each. Ian Clarkin was again strong in relief, tossing the lone shutout inning out of the pen to drop his season ERA to 3.38.

The Smokies are looking for a dynamic performer to provide entertainment as our Homer Hound mascot during home games and special events!

SOUTH BEND CUBS 3 – Lake County Captains 10: In a critical first-half matchup, where the Cubs could take over first place, South Bend turned to Peyton Remy as he looked to deliver an ace like performance on the hill. Despite his ERA still relatively solid at 3.81 following his start, it was not a great effort in this one allowing 6 ER in five innings to fall to (1-2) on the season with a 10-3 loss.

Runs were at a premium early on as both teams were held scoreless through three innings of work. It was in the fourth inning when the offenses came to life, in particular, Lake County as they started to tee off on Remy. A pair of extra-base hits broke the scoreless tie as a Mitch Reeves two-run double and Jesse Berardi triple gave the Captains a 3-0 lead. South Bend responded with an RBI double from Andy Weber in the bottom of the fourth to bring home Levi Jordan cutting things to 3-1, but in the fifth, it was the Captains taking full command of the game with another big inning.

Looking to take control of the game, the Captains continued the hit parade with a second consecutive three-run inning. This time it was singles from Tyler Freeman and Reeves, mixed with a double Bo Naylor as Lake County was in full control 6-1. Once again South Bend responded with a run in the bottom of the fifth as Eric Gonzalez made it a 6-2 game following his sacrifice fly.

With the South Bend bullpen now in the game hoping to keep things right where they were, Lake County had other plans as they continued to show why they are the class of the Midwest league. A seventh-inning homer from Will Benson (13) brought the lead to 8-2, before a ninth-inning single from Freeman and Naylor RBI groundout made it 10-2 Captains. With just three outs to go, the Cubs managed to plate one more run in the bottom of the ninth as Gonzalez picked up his second sacrifice fly of the game before the Cubs fell 10-3.

South Bend is now 28-22, but still, have a golden chance to creep toward first in this series. Brennan Davis and Rafelin Lorenzo continue to stay hot at the plate collecting two hits each in the loss. Delvin Zinn, Jordan and Weber each added one hit each as the Cubs connected for seven total hits in the loss.

Cubs snap their 4 game winning streak and the Captains take game one of the series. We're back to it bright and early tomorrow! pic.twitter.com/Jjj4jmP7ac