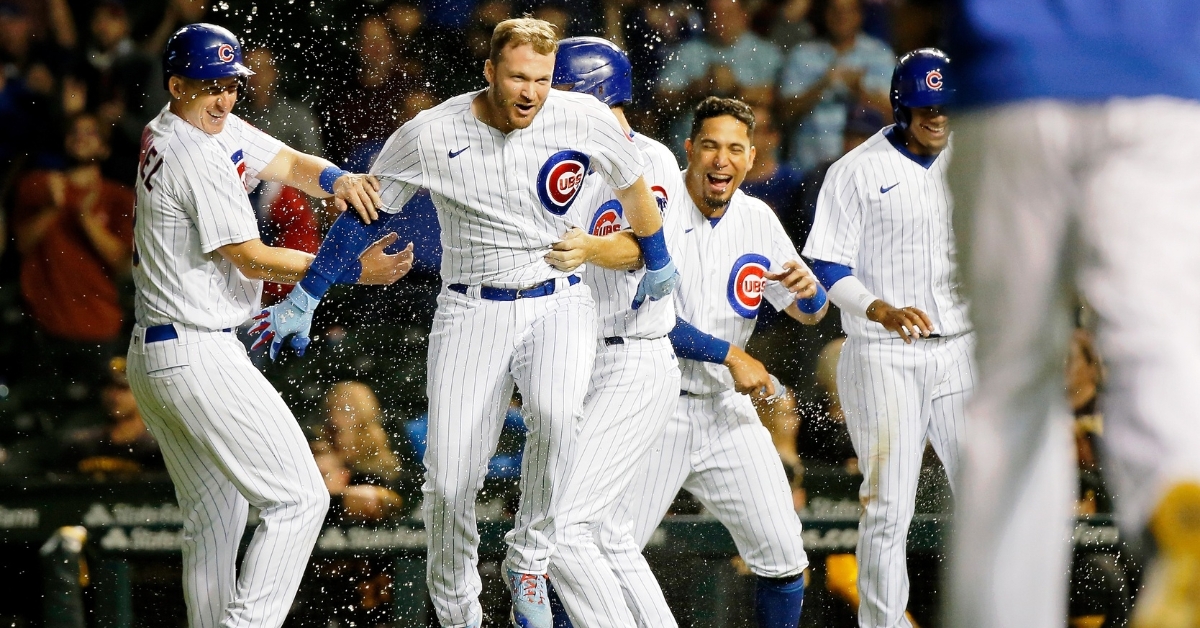 CHICAGO – Following a brief two-game sweep of the Twins, the Chicago Cubs (60-75) returned to Wrigley Field to face the Pittsburgh Pirates (48-86) for the beginning of a 10-game homestand Thursday night. For as bad as the Pirates have been this season, give them a ton of credit because, for whatever reason, they have given the Cubs problems this season.

That was once again the case on Thursday as the Pirates not only build an early lead, but managed to climb back late in the game to tie things up before eventually heading to extras. Fortunately for the Cubs, they were the ones coming out on top as a dropped fly ball in the 11th allowed for the winning run to cross home, with the Cubs taking advantage in the 6-5 11 inning win.

Looking for his first win as a starter this season was Keegan Thompson as he took the mound against Mitch Keller. Since moving to the rotation full-time in August, Thompson has taken his lumps along the way as he is still learning what it takes to be a starter in this league. That was once again the case last night as the righty went just 1 2/3 innings, allowing three runs on four hits in his shortest outing of the season. His ERA remains 3.54 as his slow starts continue, only to settle in as the game goes on.

All the damage done off him came in the first inning after striking out Cole Tucker to open the game. Ben Gamel worked a walk followed by the Bryan Reynolds single putting a pair of runners on base. The big blow came from Colin Moran as he continues to hit Cubs pitching exceptionally well. His three-run shot put the Pirates up 3-0 in the first and at the time looked to be the winning runs in the game.

That was because Mitch Keller was on top of his game and delivering what could have been his best start this season. Entering his start with an ERA approaching 7.00, Keller looked like a completely different pitcher on Thursday, tossing six shutout innings and allowing just six hits to go with eight strikeouts as he had the Cubs searching for answers at the plate.

Fortunately for the Cubs, their newly revamped bullpen continued to pitch well, which all started with Adrian Sampson, who entered in relief of Thompson in the second. All Sampson did was continue to pitch lights out, going 3 1/3 hitless innings striking out four in the process as he continues to impress. He wasn't alone in having strong showings as Scott Effross followed him up with two scoreless frames of his own with four strikeouts as the Cubs kept things 3-0 heading into the seventh.

With Keller now out of the game, Derek Shelton called on Chad Kuhl out of the pen in hopes of keeping things right where they were. Used as a starter most of the season, Kuhl has moved to the pen as the season has gone on, which has proved beneficial at times. He tends to struggle against the Cubs, and that mainly happens when pitching in relief.

Not only did Kuhl last just 1/3 of an inning, but he was hammered in the process allowing five runs on six hits to give the Cubs a 5-3 lead. Two of those six hits were home runs with Rafael Ortega tying things up with a three-run shot, only to see Ian Happ come up clutch and answer with a two-run shot to give the Cubs the lead.

Rowan Wick was looking to collect his second save in as many nights as he was called upon for the ninth inning. Unlike the Twins game that saw him retire them in order, the Pirates kept the pressure on with Jacob Stallings and Wilmer Difo picking up singles to open the frame. Following a catcher's interference to load the bases with one out, Michael Perez came through with a massive RBI single as the Pirates climbed back to tie things up 5-5. Another single had the Pirates threatening for more, but Wick was able to induce an inning-ending double play to get the Cubs out of the inning.

After failing to score in the bottom of the ninth, it was time for extra innings where neither team got anything done early. Credit Codi Heuer for some of that as he was lights out again in two innings. Coming to bat in the bottom of the 11th, Ortega did the smart thing by dropping down a bunt to move Sergio Alcantara over. With Frank Schwindel getting the free pass, Happ looked to have popped out to the second basemen, only to see Difo drop the ball, allowing Alcantara to score for the walk-off 6-5 win.

Well that was ... something

Ever since coming over to Pittsburgh from Tampa Bay, Moran has been a consistent hitter who has shown flashes of greatness at first. He has the ability to hit 20-25 homers, although his power numbers are way down this season than in the past. However, one thing that hasn't changed is his love for the Cubs as he continues to murder them at the plate.

With his home in the first, Moran has a .331 career average against the Cubs with eight career homers in just over three seasons with Pittsburgh. That includes four homers off them this season which equals half of his season total. For whatever reason, Moran not only loves to hit against the Cubs, but often comes up with clutch hits in the process.

He is a big reason why the Pirates play the Cubs so tough. If he does what he usually does, the Pirates will score runs, but if not, they struggle to do anything against this team.

This team has capable starters

As the season has gone on, we have seen the Cubs trade Jake Arrieta and Trevor Williams from the starting rotation and replace them with Justin Steele and Thompson. Add in Alec Mills, Zach Davies, and Kyle Hendricks as your other three starters, and you have a rotation that is built for the future minus Davies.

However, Adbert Alzolay and Sampson have also emerged as critical pieces for this team. Both have started games this season, especially Alzolay, who returned from IL on Wednesday, giving this team a great option in relief. If you look at things, the Cubs have seven starters as Alzolay, and Sampson could easily be starters along with the other five.

The bonus is that the Cubs could essentially do what they have done the rest of the way regarding both Steele and Thompson. Both are young guys who are getting stretched out as starters but have a long way to go in terms of development. They will take their bumps along the way, but that may allow them to piggyback like what they have done the last two days.

On Wednesday, Steele went five innings before Alzolay closed out the final four. Last night Thompson went 1 2/3 innings before Sampson came through with 3 1/3. It is a unique strategy, but one the Cubs may use the final month of the season to monitor innings on all their young guys and give guys like Thompson, Steele, Alzolay, and Sampson all fair looks at the rotation for next season.

Cubs mgr. David Ross on Adrian Sampson’s 10-up, 10-down performance in relief of short-starting Thompson:

“Sampson did a phenomenal job. … He set the tone, #GOT the flow kind of back in our corner.”

Said it's possible Sampson might get a start down the stretch.

JD back in the booth

When Les Kasper elected to leave the Cubs for the White Sox, it left the Cubs with a huge void, but a very coveted TV gig. There were many candidates out there, but ultimately Jon Schiambi got the gig as the Cubs new play-by-play man. He wasn't alone as he still has ESPN stuff tied to his contract, which has given guys like Pat Hughes and Chris Meyers, along with Beth Mowings, all-time calling games this season.

The biggest surprise in the broadcast booth this season has been Jim Deshaies, who has been gone more than his fair share of time the last two months. In his absence, we have seen Ryan Dempster, Rick Sutcliffe, Ryne Sandberg, and Mark Grace at times. While all those former players are good to have around, something has been off with Deshaies this season, especially when missing the number of games he has missed.

He and Boog do a great job together, but his chemistry with Kasper isn't there yet with Boog. There have been plenty of rumors going around as to why he hasn't been in the booth much this season, but he did return last night and looked happy.