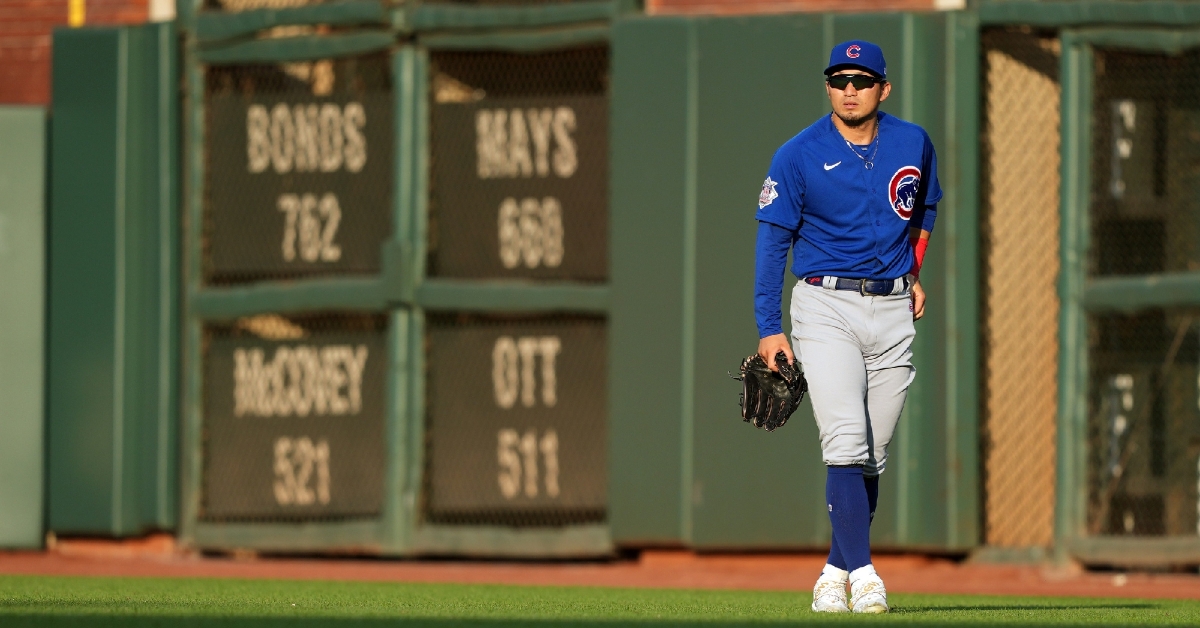 SAN FRANCISCO - As the MLB trade deadline rapidly approaches, the Chicago Cubs (41-60) are expected to be very busy. According to reports, many deals are already in place, but they may not come full circle until hours before the deadline on Tuesday.

Saturday saw the first trade go down with Chris Martin heading to Los Angeles. That was followed by a second trade between the Cubs and the San Francisco Giants (51-51), with Dixon Machado heading to the Bay area in exchange for minor league pitcher Raynel Espinal.

For the longest time, you have heard names like Drew Smyly, Wade Miley, and even Kyle Hendricks as possible trade casualties from the Cubs rotation, but what about Adrian Sampson? Since filling in for the injured Hendricks, Sampson has been solid, posting a 3.20 ERA. Going back to last season, Sampson has made 12 starts and posted a 3.41 ERA over that span.

Sampson has also delivered three of the Cubs eight 100-pitch outings this season, so to say he has been durable is an understatement. Paired up against Carlos Rodon, who may have made his final start in a Giants uniform, Sampson was strong early only to come unglued in the fourth when four runs came across to score. That would be all the Giants would need as they shut out the Cubs 4-0.

Looking to start things off with a bang, Christopher Morel took a Rodon fastball deep to left field only to see Luis Gonzalez rob him of a potential homer. That summed up the night for the Cubs offensively as Rodon went seven innings allowing just two hits and striking out 10.

Not known as a strikeout pitcher, Sampson was on top of his game early as he struck out four of his season-high six through two innings and managed to keep pace with Rodon early. Even with Tommy LaStella picking up a double in the second, Sampson made the pitches he needed to make to keep the Giants off the board.

With Ian Happ picking up the Cubs lone hit with a single in the first, Seiya Suzuki ripped a two-out double to center in the fourth, as that was the final hit the Cubs would see off of Rodon in this one. That is not a good sign when your starting pitching was about to come unglued in the bottom half of the fourth.

On the verge of getting out of the inning, Sampson walked Lamont Wade Jr to keep things going before a Mike Yastrzemski single and Machado hit by pitch saw the Giants load the bases with two outs. Still, with the possibility of getting out of things, Sampson allowed a two-run single to Jason Vosler and a two-run to Austin Wynns as the Giants finally broke through with a 4-0 lead after four.

Granted, there was still plenty of time left in this one; Sampson was done after that inning. When you look at how good Rodon has been not only this season, but in this start, four runs seemed like asking a lot from your offense as he went on to strike out the side in the fifth after being given the lead.

With Brandon Hughes on to pitch the fifth, the left-hander ran into trouble with the Giants putting a pair of runners on with one out. Hughes zoned in following a meeting on the mound to finish off the inning strong before the scoreless sixth from Rowan Wick got the game into the seventh.

As Rodon made quick work of the Cubs to finish his outing, another arm came in from the pen, with Steven Brault being summoned to pitch the seventh. With one down, Brault ran into trouble as singles by Gonzalez, and Austin Slater had the Giants in business before a walk loaded the bases and forced David Ross to go with Erich Uelmen in a tough spot.

Tough spot or not, Uelmen did his job striking out both Yermin Mercedes and Yastrzemski to end the seventh before pitching into and out of a bases-loaded jam in the eighth. Going back to the top half of the eighth for a minute, it was the Cubs making a little noise as Patrick Wisdom, and PJ Higgins added the final two hits before the Giants bullpen retired the last four hitters to finish off Chicago 4-0.

With an off day Monday and Tuesday being the trade deadline, the next 48 hours could be very interesting for the Chicago Cubs as plenty of names are on the block. Should Willson Contreras and Happ be on the move, it will be interesting to see what this team gets for them, especially with the haul Cincinnati got for Luis Castillo.

This is not how Cubs fans wanted things this season, but this is the reality of their situation. They are a rebuilding team as much as Jed Hoyer or anyone in the front office wants to admit it. The only way to get back to contention is to retool the entire organization and spend when the time is right. Unfortunately, that time is not now, and the Cubs will suffer because of it.