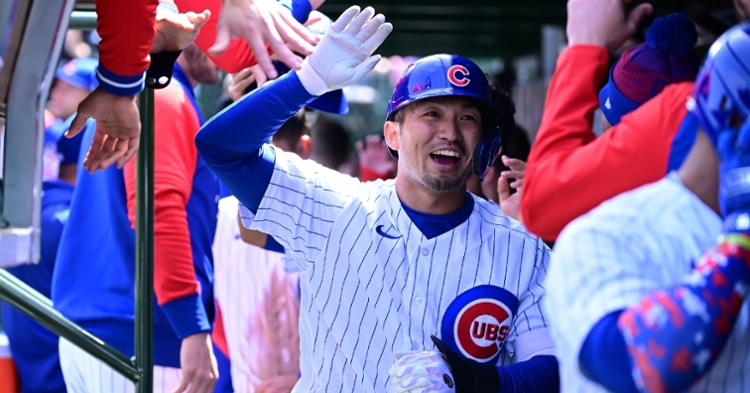 The Chicago Cubs have played only just three games in the young 2022 season, but it has been no secret that they look like a much different offensive team this season.

Over the past few years, the Cubs have fallen victim to being a true-outcome offense. Striking out far too many times and relying offensively on home runs. On paper, an offense that consisted of names like Anthony Rizzo, Kris Bryant, Javier Baez, Kyle Schwarber, Nicholas Castellanos and others appeared to be one of the leagues best — but a tendency of striking out and a dependence on the long ball either hurt the Cubs in the playoffs or kept them out of it completely.

Take the Cubs against the Brewers, for example. The Cubs scored 13 runs against Corbin Burnes, Brandon Woodruff, and Freddy Peralta and struck out 12 times over the weekend's series. Last season, that trio of excellent pitchers faced the Cubs 13 times and allowed just 13 runs while striking out over 100 Cubs. In just three games, the Cubs have matched their season total of runs against those pitchers while striking out over 90 times less.

Of course, it's a small sample size, but the Cubs hit just two home runs the entire series. The Cubs are tied for the second least amount of home runs thus far but have scored the fifth-highest amount of runs thus far. The Cubs have ridden a high contact and patient approach at the plate to manufacture runs — something the Cubs of old struggled mightily to do.

“I don’t know that power is going to be our strongest suit, but the good at-bats and turning it over to the next guy seems to be a trend already that I love,” Cubs manager David Ross said over the weekend. “If we continue to put these guys in the right spots, that’s the kind of offense I hope we can have.”

While Ian Happ, Nick Madrigal, Frank Schwindel and Nico Hoerner may not be as sexy as Kyle Schwarber, Anthony Rizzo, Kris Bryant and Javier Baez — the Cubs made an effort to reconstruct their lineup, and the results, although early, point to that being the right move.

The Cubs have some players with power of course. Patrick Wisdom hits balls as far as anybody in the league, Willson Contreras is one of the league’s premier power hitting catchers and the ball certainly jumps off of Seiya Suzuki’s bat, but the Cubs do not rely on the home run ball nearly as much thus far.

Plus, they are more patient at the plate. In those 13 appearances against the Brewers' big three in 2021, the Cubs walked just 25 times. The Cubs walked ten times alone in just 12.2 innings against those three over the weekend.

"Some really good pitchers to face to start off, and guys are staying committed to their approach and zone," Ross said. "I think good things happen because of that. Felt like there was a lot of traffic on the bases all day long for us. That's super positive from my standpoint."

It may not be pretty and may not be as exciting as a home run derby, but if it gets results, the Cubs should be plenty happy with the approach.

"It's great," said outfielder Seiya Suzuki through his interpreter Toy Matsushita. "Overall, we're covering each other and playing as a team. We're putting pressure on the opposing pitcher, and I think it's great. I hope we can continue this."

While overreactions are a common denominator of games after the season's first weekend — this Cubs offensive game plan seems to be sustainable. While not relying on one particular player to come up with the big hit or depending on one specific mode of offense, the Cubs can bring a selfless, contract-based approach to work counts, see more pitchers, and hopefully win more games.

“The mantra is important,” said veteran Jason Heyward. “Not chasing results, getting your pitch to hit, pass it to the next guy and believing they can get it done. But don’t get too up or down. We have guys who are capable of doing a lot of things, moving the baseball even when we get an out.”