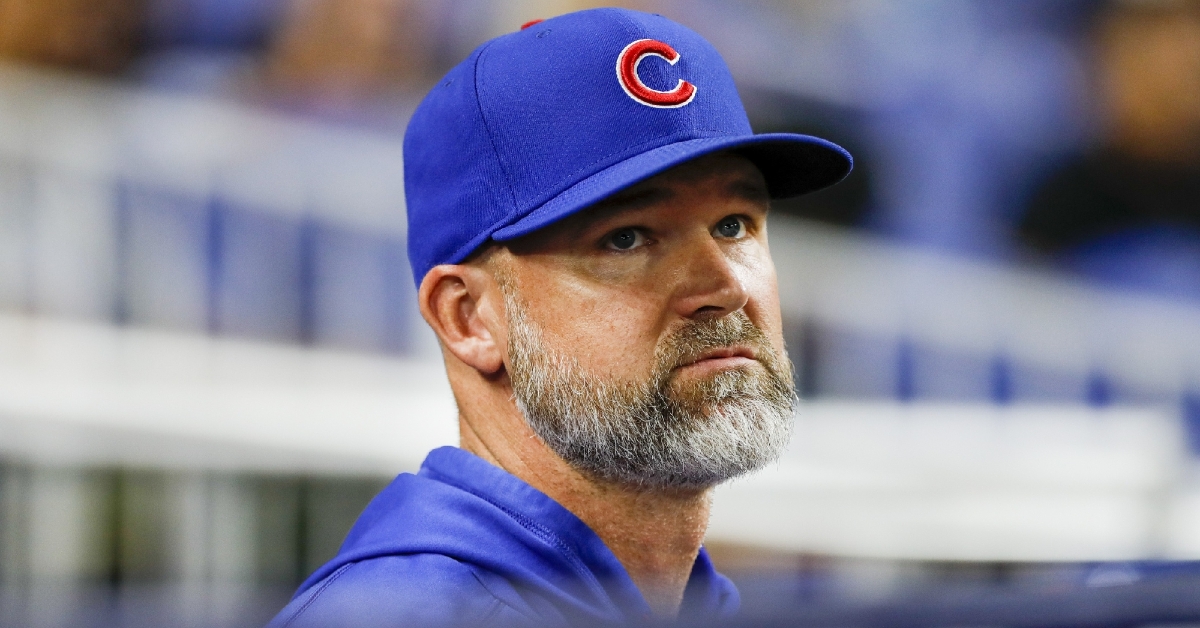 MIAMI - Please, mommy, make it stop, as in, please make this nightmare of a Chicago Cubs (62-85) season go away. Rebuilding or not, the 2022 season has been a struggle in more ways than one, and it has really tested David Ross as a manager. Despite being 23 games under .500 and having nearly half of his opening day lineup out with injuries, Ross has still gotten his team to play 28-26 ball over their last 54 games, which is more than a big enough sample size to see the job he has done.

The problem, however, is that the Cubs dug themselves in such a deep hole that there was no climbing out of it. Opening their final multi-city road trip of the season against the Miami Marlins (61-87) at Marlins Park, you had to like the Cubs chances to take this series. After all, Miami has been in rebuild mode for two decades, but they will break out at some point.

With Wade Miley on the bump making his sixth start of the season, the Cubs offense came to life early as they gave Miley some early support for an early lead. That was until a nightmarish two innings ended his night after just three innings as Miley allowed seven runs in a 10-3 loss for the Cubs. Granted, only three of those runs were earned, Miley still suffered one of his worst outings of the season.

Record aside, one thing the Marlins have going for them is a strong cast of young and talented arms that the Cubs saw firsthand in the 2020 playoffs. Edward Cabrera is another one of those arms as the right-hander got through five innings to bring his record to 6-3 with his ERA sitting at 2.91.

Neither team could score in the early innings, although the Marlins were getting some good swings off Miley. That didn't phase Miley or the Cubs offense as they struck first to begin the third. With two down, Christopher Morel brought home the game's first run as he unloaded for a long homer to left-center for No. 14.

That homer was followed by a Zach McKinstry hit by pitch and the Ian Happ double as the Cubs were off and running 2-0. Unfortunately for them, that lead was not only short-lived, but it was the only time they would hold the lead as the Marlins came back with a vengeance in the bottom of the inning.

Not only did Joe Berti open the scoring for the Marlins with a homer, but Miley and the defense didn't do themselves any favors as an error, and hit-by-pitch kept the line moving. With Nick Fortes picking up a two-out single to load the bases, the Bryan De La Cruz homer proved to be the game winner as his Grand Slam gave the Marlins a 5-3 lead.

That lead continued to grow in the fourth as a walk and a pair of singles led to the Marlins next run, with Berti getting credit for the RBI. Miami added a second run in the fourth inning off an error to extend the lead to 7-2 before it was time for Jeremiah Estrada to enter the game. Estrada would walk the first hitter he faced, but was dialed in after that and went on to strike out the next three he faced.

In desperate need of some offense, McKinstry provided that in the fifth as his RBI double brought the Cubs within 7-3. That was the final run for the Cubs on the evening as they couldn't get it done against the Marlins pen. Speaking of the bullpen, the Cubs have seen their bullpen change drastically over the last few months, and the team has suffered because of it.

Even with all the moving parts, things have improved, and the combination of Estrada and Erich Uelmen looked great in their three innings as they helped cool the Marlins off. That was until Michael Rucker and Rowan Wick entered the game as Rucker allowed three straight singles in the eighth, including an RBI single to Miguel Rojas, and the Marlins extended their lead to 8-3.

Wick not only allowed a leadoff single to Berti, but Charles Leblanc continued his torrid season against the Cubs as his homer made things 10-3 in favor of Miami. Down to their final three outs, the Cubs started to make some noise and put Andrew Nardi in a tough spot. With the help of a pair of two-out walks from Michael Hermosillo and Morel aided with a McKinstry single, the Cubs had the bases loaded and were one big hit from making things interesting.

That hit never came, and their woes with runners in scoring position continued as Happ struck out to end the game and gave the Marlins a 10-3 win. McKinstry continues to play well since given everyday time as he led the team with two hits and one RBI. Happ, Morel, David Bote, and Franmil Reyes picked up the remaining hits for the Cubs.