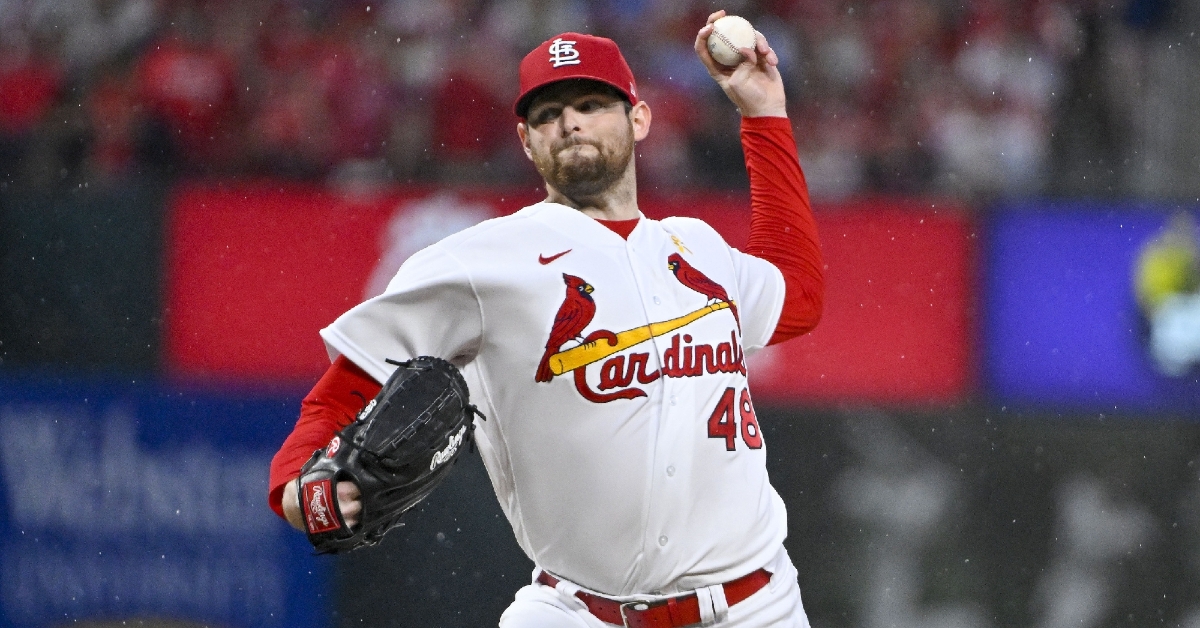 St. Louis - Sometimes you have those games where you want to throw it in the trash and forget about it. Friday was one of those games for the Chicago Cubs (56-76) as they were no match for the St. Louis Cardinals (77-55) 8-0. For the second time in as many starts, Jordan Montgomery made quick of the Cubs and their offense as he clearly has their number on the hill.

After tossing a complete game shutout out against the Cubs last time, Montgomery was at it again as he allowed seven hits in six innings, but no runs again. His ERA since coming over from the Yankees is a microscopic 0.38 as he continues to impress on the hill. Adrian Sampson was reinstated to the Cubs roster on Thursday and immediately took the ball on Friday.

Despite tossing a 40-pitch first inning where it seemed like it wouldn't end, Sampson did a great job recovering from that as he managed to get through five innings and allowed just two runs on four hits. He did his part to keep the Cubs in the game, but their bullpen and lack of an offense didn't amount to much.

In his previous start against the Cubs, Montgomery was about as good as you can get. Still, after Nick Madrigal and Seiya Suzuki connected for consecutive singles in the first, the Cubs had a chance to score first. Unfortunately, they couldn't as that was not only a theme on the evening, but would come back to bite them later on.

On the other hand, the Cardinals made sure to capitalize on the opportunities they were given, which is why this is a first-place club. One out walks by Brendan Donovan and Paul Goldschmidt set the Cardinals offense up in a good spot while the Tyler O'Neill single put them in front for good 2-0. Little did anyone know, but that single was the game-winning hit, as the Cubs offense couldn't do anything.

With Yadier Molina leading off the second with a double before advancing to the third on the Tommy Edman single, the Cardinals only had another excellent scoring chance, only to be turned away. Those would be the final baserunners Sampson would allow as he retired the last 12 hitters he faced to get through five innings of work.

The best scoring opportunity for the Cubs came in the third when they had Montgomery on the ropes. With a Madrigal single sandwiched between walks by Christopher Morel and Franmil Reyes, the Cubs had the bases loaded with one out only to see Ian Happ ground into an inning-ending double play.

With the score still sitting at 2-0 in the sixth, Javier Assad was brought into the pitch as he was looking to extend his scoreless innings streak to 10. With two outs in the inning, O'Neill played a significant role in the game's next run as he singled and stole a base before coming home on the Corey Dickerson single to make things 3-0. Far from out of it, PJ Higgins and Yan Gomes led off the seventh with singles off of Jordan Hicks, only to see Hicks escape by striking out the next three he faced.

Coming off his worst outing of the season, Sean Newcomb was on to pitch the seventh, where things continued to be a struggle. Not only did he allow a leadoff walk to Molina, but two batters later saw Lars Nootbaar come through with another homer to extend the lead to 5-0. The next inning was the same story as Newcomb put two more guys on base before the Edman homer extended the lead to 8-0. Across his last two outings, Newcomb has been charged with 11 runs in just over 4

innings as the Cubs need to cut ties with him now as he took what was a close game and helped turn it into a laugher.

Despite coming away with seven hits, none of those hits brought home a run as Madrigal and Suzuki did the most damage whit who hits. Higgins, Gomes, and Nelson Velazquez added hits in the game as the Cubs continued to struggle against Montgomery and the birds. Next on the docket for the Cubs is another matchup with Adam Wainwright as he will oppose Drew Smyly of the Cubs.