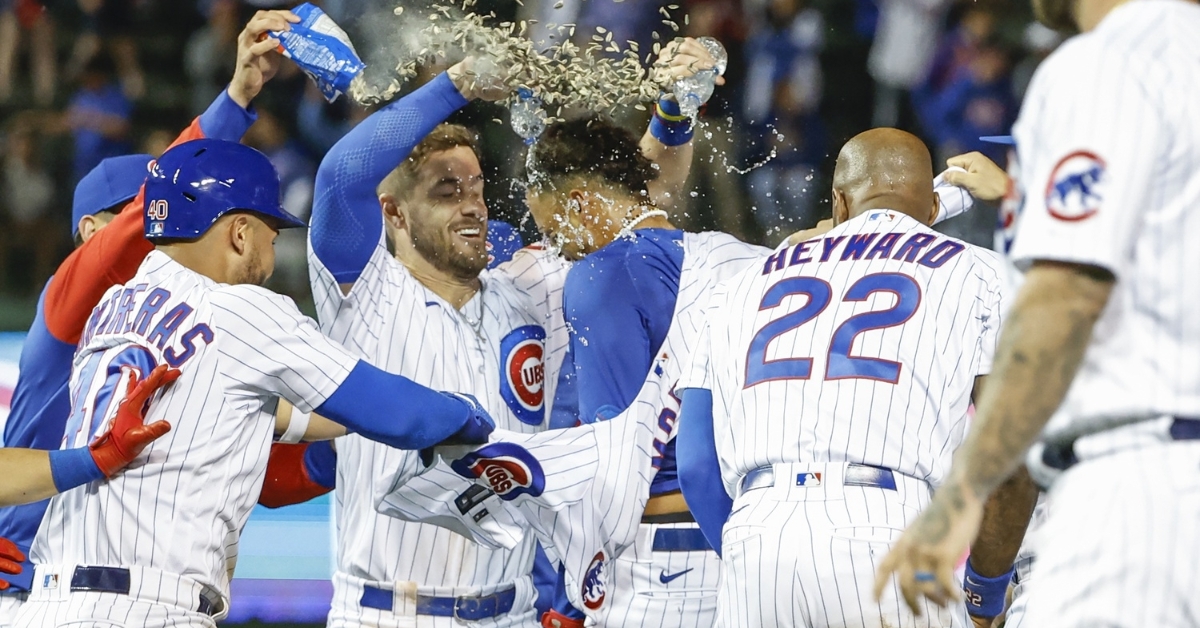 CHICAGO - One thing you can say about these Chicago Cubs (21-29) is that they play hard for David Ross and never quit. You saw that all series long against the Division-leading Milwaukee Brewers (32-20) as the Cubs managed to split the four-game set.

After Patrick Wisdom provided the late-game heroics on Tuesday, there was more late-inning drama in this one as fans were treated to some free baseball. With Nick Madrigal gunning down the potential go-ahead runner in the top of the 10th, the new kid on the block and fan-favorite Christopher Morel delivered his first big moment with the Cubs as his walk-off sacrifice fly gave Chicago a 4-3 win in 10 innings.

For the better part of two weeks, the Cubs have been filling their roster with minor league players making their major league debuts. Morel was one of those players, and now it is becoming more likely that he will stay up for the remainder of the season. One player who isn't a rookie would be Kyle Hendricks as he took the ball.

Looking for any positive momentum, Hendricks managed to get through five innings, but it wasn't pretty. He allowed three runs on six hits as his ERA rose to 5.22. A big reason for his struggles this season has been an extremely high contact rate, as he is not getting the strikeouts he typically has. That has been a problem when it comes to getting deep into games, and that continued to be an issue on Wednesday.

Opposing him was the 29-year-old rookie Jason Alexander making his MLB debut. Alexander allowed three runs like Hendricks, but only two were considered earned runs. He walked three, struck out three, and allowed seven hits while giving the Brewers an impressive seven innings, which is something their bullpen needed. 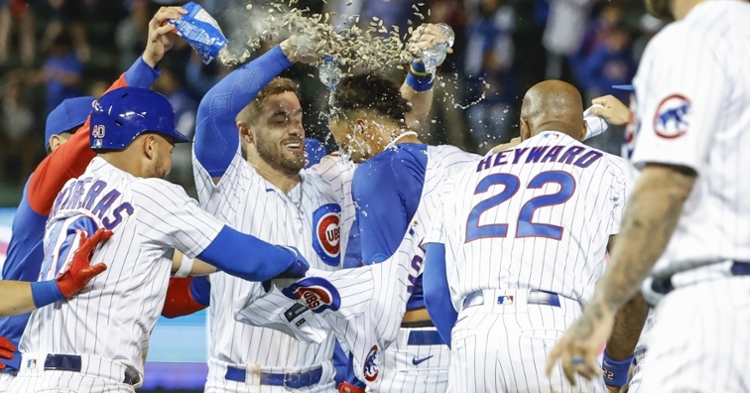 The common theme for the Cubs all season has been scoring first, and when Morel leads the game off with a walk before advancing to second on the Willson Contreras single, it was the Cubs in a great position again. Leave it to this Morel kid to make things happen as a double steal not only allowed him to reach third, but an errant throw allowed him to come home as the Cubs were in front 1-0.

An Ian Happ walk continued the trend of guys getting on base with no outs before the double-play ball from Patrick Wisdom killed the rally, but brought home another run for the 2-0 lead. Fans had to like what they saw from Hendricks through two innings as he was retiring the Brewers in order and making it look easy.

That stretch ended in the third, with Jace Peterson leading the inning off with a triple. Two batters later saw Kolten Wong put an end to the shutout bid as his RBI single cut the deficit in half. One of the biggest reasons for Hendricks struggles this season is his bouncing back after allowing runs.

For whatever reason, this season has been a challenge, and after getting the first two batters out in the fourth, Keston Hiura picked up a double and then came home on the Omar Narvaez single. The next inning, the same story with Mike Brosseau leading things off with a single and then coming home to score on the Peterson double to give Milwaukee the lead 3-2.

Making his return to the lineup after spending time on the COVID IL, Jason Heyward led the bottom of the fifth off with a single and finished that inning by tying things up on the Contreras single. It became the Cubs bullpen against the Brewers, and the Cubs did a magnificent job from that moment on.

What started with Daniel Norris in the sixth went to Michael Rucker in the seventh and then Rowan Wick in the eighth. All three of them did what they were asked to do before David Robertson picked up a pair of strikeouts in the ninth, as nine innings would not be enough. Looking to keep the game tied, Mark Leiter Jr was on to pitch the 10th, making his first appearance since returning from Iowa.

Leiter did what he needed to do, but he was bailed out by a Madrigal throw to home to gun down Peterson from scoring the winning run. That set things up for the offense as it was their chance to win things late. That they did as Morel lofted one to left field deep enough to plate Heyward, and the Cubs topped the Brewers 4-3 in 10 innings.

EXTEND THE HEART AND SOUL OF THE CHICAGO CUBS.