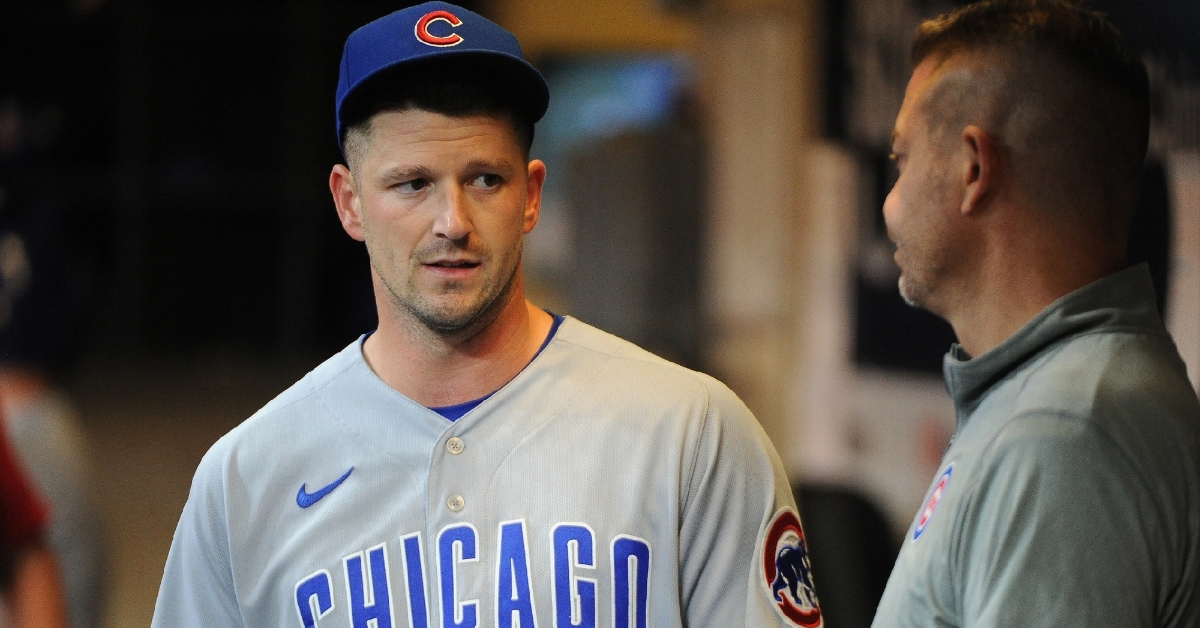 MILWAUKEE - Whenever a team can consistently get great starting pitching, they often put themselves in a position to win. The Chicago Cubs (55-72) have had outstanding starting pitching the last month, which is a big reason why they have been playing so well since the all-star break.

Coming off a dramatic win against the Milwaukee Brewers (66-59) on Friday night, the Cubs returned to American Family Insurance Field on Saturday looking to take their second consecutive series from their rivals. With Drew Smyly taking on Brandon Woodruff, fans were treated to another great pitcher's duel as neither starter allowed a run through six innings.

In the seventh and eighth innings, the Brewers made the Cubs pay as Milwaukee scored seven times in those innings to secure the 7-0 victory. Ever since returning from the IL, you could make an argument that Smyly has been the Cubs best pitcher along with Justin Steele. The lefty continued that trend by giving the Cubs six shutout innings to lower his ERA to 3.24 as he finished with a no decision.

On the other hand, Woodruff looked like his old self against the Cubs as he scattered four hits in his six innings of work while striking out 10. The Cubs had an opportunity to strike first in their first at-bat, with Nick Madrigal leading the game off with a double before being stranded on the bases.

That was the only baserunner the Cubs had for a while as Woodruff settled in to retire the next nine hitters he faced to keep the Cubs off the board. In the early going, the Brewers had traffic on the bases against Smyly, but never enough where you felt he was in danger of letting things get out of hand.

Seiya Suzuki doubled in the fourth to end the streak of 11-straight retired, but that double came with two outs as the Cubs remained scoreless. Despite their offensive struggles most of the game, the Cubs had another opportunity in the fifth, with Rafael Ortega picking up the one-out walk before advancing to second on the Alfonso Rivas single.

Once again, the Cubs came away empty-handed as Woodruff continued to give the Cubs fits. Even with Suzuki adding a second double in the sixth, neither team was able to cash in as the game shifted to the seventh tied 0-0 and with a battle of the bullpens set to happen.

This is the moment where the game changed, not in a good way for the Cubs, with the next two innings becoming a nightmare. Taylor Rodgers did his thing in the top of the seventh, but Rowan Wick didn't match that, as his outing was one to forget.

With Victor Caratini and Kolten Wong leading things off with singles, Jace Peterson dropped down a perfect sacrifice bunt where a throwing error on the play led to the game's first run and what would end up being the winning run. While that play hurt, the Christian Yelich homer hurt the most as his three-run shot busted the game wide open and gave the Brewers a 6-0 lead.

Andrew McCutchen picked up a single later in the inning mixed with a pair of walks as the Brewers had the bases loaded with an opportunity for more. Michael Rucker didn't allow that to happen, at least not at this moment, as he picked up a massive out to get out of the jam.

With Matt Bush on the mound to pitch the eighth for Milwaukee, it was the Cubs turn to rally as a pair of two-out walks put runners on base before things ended there. As if the Yelich homer in the seventh didn't hurt enough, the two homers in the eighth did with Wong and Willy Adames leavi

ng the yard and pushing the Brewers lead up to 7-0.

That would be all the offense the Brewers would need as Brent Suter came in to pitch the ninth and worked around a leadoff single by Nico Hoerner to seal the win for the Brewers. Considering what happened to them on Friday, this was a much-needed win and one they will gladly take right now. The Cubs had five hits, with Suzuki leading the way with two. Hoerner, Rivas, and Madrigal had the remaining hits.