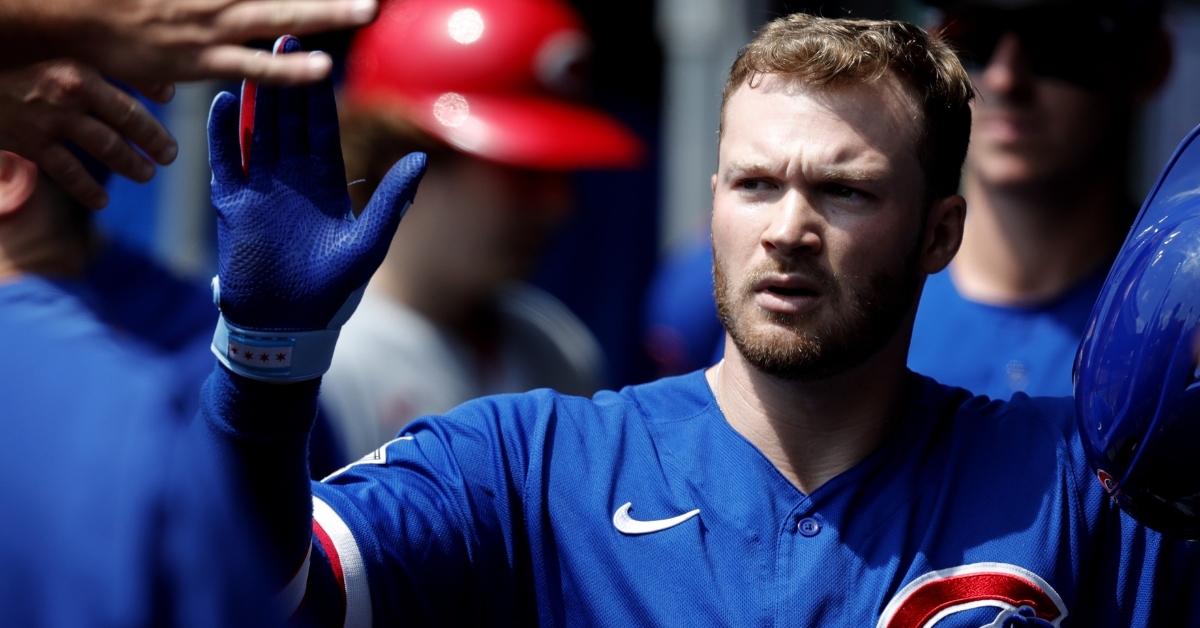 It is amazing what one win can do for a team. After dropping 12-straight over two weeks, the Cubs put an end to that streak Wednesday night and followed that up with a 6-1 win on Sunday to improve to 54-69 on the season.

Unlike most of their wins earlier this season, this was a bit unconventional as some unfamiliar names as well as the new names on the team came through in a big way. Making a spot start for the injured Adbert Alzolay was Adrian Sampson, who was recalled from Iowa. Despite posting a 5.18 ERA with Iowa this season, Sampson is one of those pitchers who fall into the what have you done for me lately category.

Based on that, you will see someone who has put together a string of some nice starts pitching to contact and limiting damage. That was going to be the biggest key for him in this one as he opposed the ace of the Reds staff in Tyler Mahle. Fortunately for both Sampson and the Cubs, Mahle was not at his best, and the Cubs jumped on him early and often to make things easier for themselves.

Not only did Ian Happ continue his great series with a solo homer in the first, but Michael Hermosillo answered with a long two-shot in the second to put the Cubs up 3-0. That was part of a four-run second inning that saw Rafael Ortega drop a blooper into center field to score Robinson Chirinos before coming home on another extra-base hit by Frank Schwindel, extending the Cubs lead to 5-0. With that double, Schwindel tied Geovany Soto's record for consecutive games with an extra-base hit for a rookie.

In desperate need of some offense, Tyler Naquin took it upon himself to take Sampson deep towards left-center and put the Reds on the board. Given how explosive this team has been offensively, you could sense that runs would come, but they never came as the Reds didn't score another run the rest of the way.

Although Sampson only lasted four innings, he pitched exceptionally well in his first MLB start of the season, going four innings and allowing one run on five hits to go with two strikeouts. It was the kind of outing David Ross hoped for as he provided the Cubs with some positive innings. Following that, the Cubs used the quartet of Manny Rodriguez, Rowan Wick, Adam Morgan, and Trevor Megill to piece together the final five innings, with Rodriguez picking up his first career win after striking out three hitters in two innings of work. Megill was even more impressive, striking out the side in the ninth in what may have been his best inning of the season.

In the sixth, the Cubs added to their lead when Sergio Alcantara took Jeff Hoffman deep over the right-field fence to put the Cubs in front 6-1. Matt Duffy pushed across another run in the ninth, using a bunt single to not only pick up his third hit of the day, but to drive in Ortega as the Cubs won their first series since July 23rd, 7-1.

Welcome back to the show, Sampson

Sampson is no stranger to starting games at the MLB level, entering Wednesday with 20 career starts. 19 of those came with the Texas Rangers, but none of them came after the 2019 season. That's right, Sampson went nearly two years between MLB starts, but that didn't seem to bother him on the mound.

Sometimes when a pitcher returns to an MLB mound after a lengthy layoff, nerves come into play. That was not the case on Wednesday, as Sampson looked right at home. There were times when his command wavered, but part of his game is pitching to contact, which is precisely what he did.

Outside of a couple of solid struck balls, Sampson handcuffed a high-powered Reds offense and made quick work of them from the top down. These are the kind of outings he has been having in AAA lately and the ones that will land him another starting spot once the rosters expand in September.

“Right now it’s almost Game of Thrones-esque. We’re being asked what kind of role we want to play in this organization going forward. It’s ours for the taking. …I really want this job and I’m going to do everything I can to be successful”—Adrian Sampson (4 IP, ER in #Cubs debut)

Hitting can be contagious

One thing the Cubs haven't done well throughout the season is hit consistently as a team. There have been times when one or two players get hot, but outside that, the team is hot when someone is hot or vice versa. Wednesday saw the Cubs not only hit the ball but do something they haven't done much of this season in the win.

Led by Duffy and his three hits, the Cubs pounded out 12 hits, with every starter on the team recording at least one. The top of the order did the most damage as the 1-4 hitters accounted for seven of those hits to go with four RBIs, with both Ortega and Schwindel adding multi-hit games of their own.

For a makeshift roster that most would consider a minor league roster, the Cubs continue to get performances from players you would never have expected early in the season. Ortega continues to be the table-setter and in the middle of everything at the top of the lineup while Schwindel loves him some extra-base hits. Add in Hermosillo continuing to do what he did in AAA, and it leads to success.

This team will not win a ton of games the rest of the season, but they are entering a stretch where they can be competitive. Given some of the surprises on the team this year, fans may be treated to more wins than they expected a week ago as players are playing for future jobs.

.@mm_duffy is hitting .424 with an .896 OPS during his 10-game hitting streak! pic.twitter.com/yuHFmVtqHw

The Wick-Rodriguez combo could be lethal

As both Rodriguez and Wick get worked into stressful situations, you can't help but notice how good they have been since getting called up. Wick continues to go about his business despite working into trouble at times, while Rodriguez has turned it around after a couple of rough outings.

Rodriguez especially is the more intriguing piece to the puzzle given his age of 23 and the electric stuff he has on the mound. Not only does he hit triple digits, but his slider has become a wipeout pitch as he continues to overpower great major league hitters. On the other hand, Wick was looked at as a key component in the Cubs pen this season, either as a set-up man or late inning arm.

Not as electric as Rodriguez in terms of velocity, Wick knows how to pitch and uses a nasty 12-6 curve off his mid-90's heater. With Andrew Chafin, Ryan Tepera, and Craig Kimbrel no longer on this roster, the Cubs not only need to find a new closer, but several high-leverage guys to take their place.

Fans have already seen what Codi Heuer can do, and if he continues to pitch, well, look for him to get late innings chances. However, the Rodriguez/Wick duo has a chance to be special for years to come, and that should be Ross's go-to pairing in late innings. Not only does Wick have experience in an eighth-inning role, but he also has a handful of saves filling in for Kimbrel on several occasions. He would fit right into that closer role and would most likely get the job done.

Rodriguez, I can see as the closer of the future once he gets a little more experience. At this point in his career, I wouldn't throw him into those high-stress situations as he may crack. However, the only way to find out how good he can be is by putting him into those roles. Look for the Cubs to lean on him heavily down the stretch in the eighth inning, helping lock down the late innings.

Should he continue to improve while still showcasing the stuff he has shown thus far, there is no reason not to expect him to compete for the closer role in 2022. Rodriguez is young, throws hard, and has excellent command, which is exactly what you want in a closer.