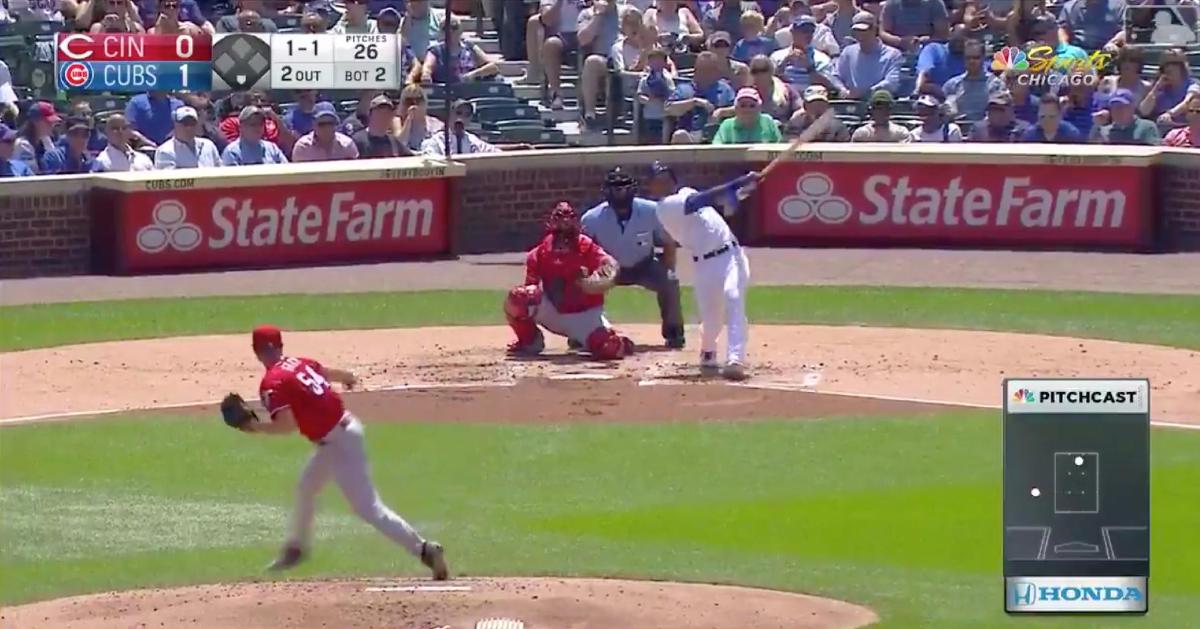 Addison Russell powered out a 389-foot solo shot that increased the Cubs' lead over the Reds to two runs.

The 389-foot jack to left came with two outs in the bottom of the second, and it provided the Cubs with a 2-0 lead over the Reds. The homer left Russell's bat at 102 miles per hour, and it sported a launch angle of 22 degrees. Russell now has six round-trippers and 16 RBI to his name this year.