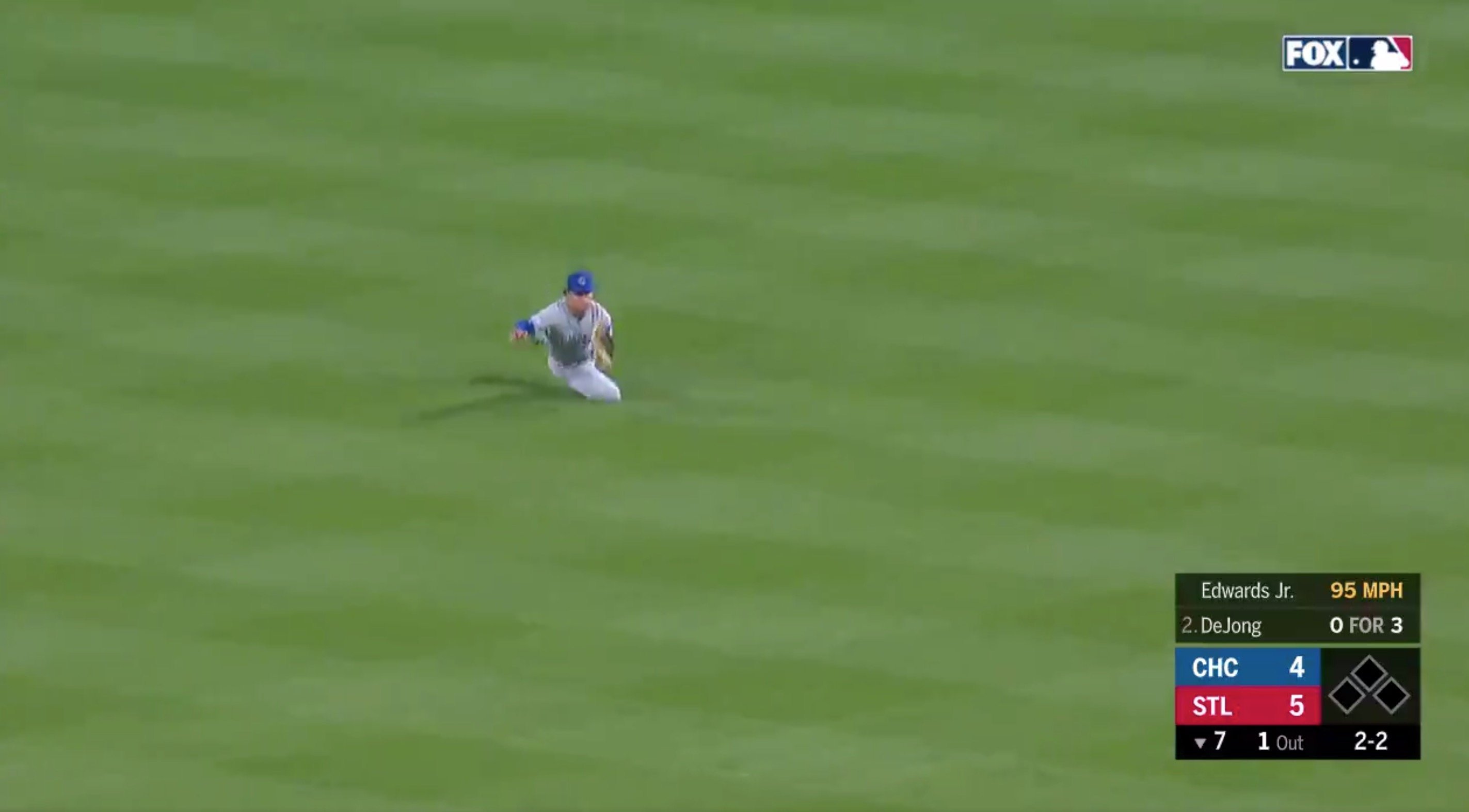 Flashing the leather, Chicago Cubs center fielder Albert Almora Jr. made a difficult snag look fairly simple in the bottom of the seventh inning of the Cubs' Saturday night clash with the St. Louis Cardinals. Hustling to shallow center, Almora robbed Cardinals shortstop Paul DeJong of a hit by leaving his feet and securing the catch for one of his most impressive web gems of the season.

Even though the grab culminated in Almora crashing into the ground, the smooth outfielder did not appear to break a sweat during the flawless defensive highlight. According to Statcast, the speedy Almora covered 37 feet in three seconds while charging the ball after it left the bat. He proceeded to lay out for the catch and quickly got back to his feet after hauling it in, making the entire process seem effortless.

4-star catch by Albert Almora Jr. in the 7th inning. Per Statcast, had to cover 37 feet in three seconds. Catch probability of 35%. Snagged the sinking liner off DeJong's bat with a dive in front of him.