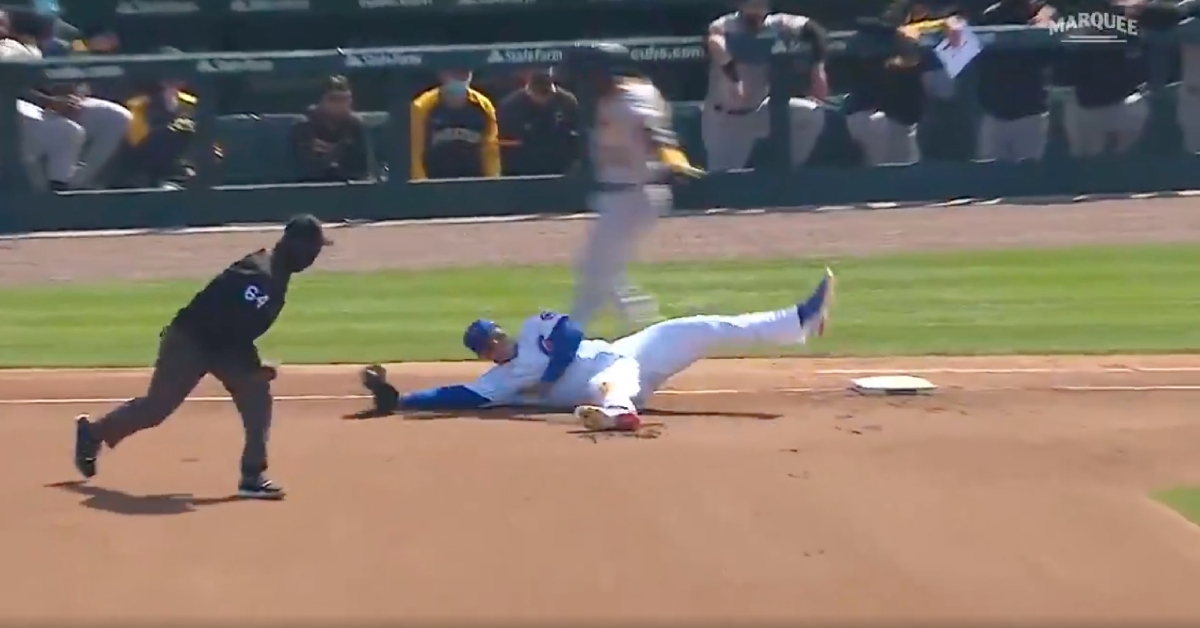 Anthony Rizzo was able to record a difficult out at first base before falling down.

CHICAGO — An inning after showing off his wheels and stealing a base for the first time on the season, Chicago Cubs first baseman Anthony Rizzo flashed his athleticism and flexibility in the field of play. Performing a split at first base, Rizzo made a difficult catch and recorded an out.

The out ended the top of the fourth and occurrred with the Cubs leading the Pittsburgh Pirates 3-0 at Wrigley Field. Third baseman Kris Bryant fired a somewhat off-the-mark throw across the diamond after fielding a routine grounder hit by Pirates third baseman Phillip Evans. However, Rizzo was able to snag the throw while doing a split, and he remained on the bag just long enough to get the out before falling over.