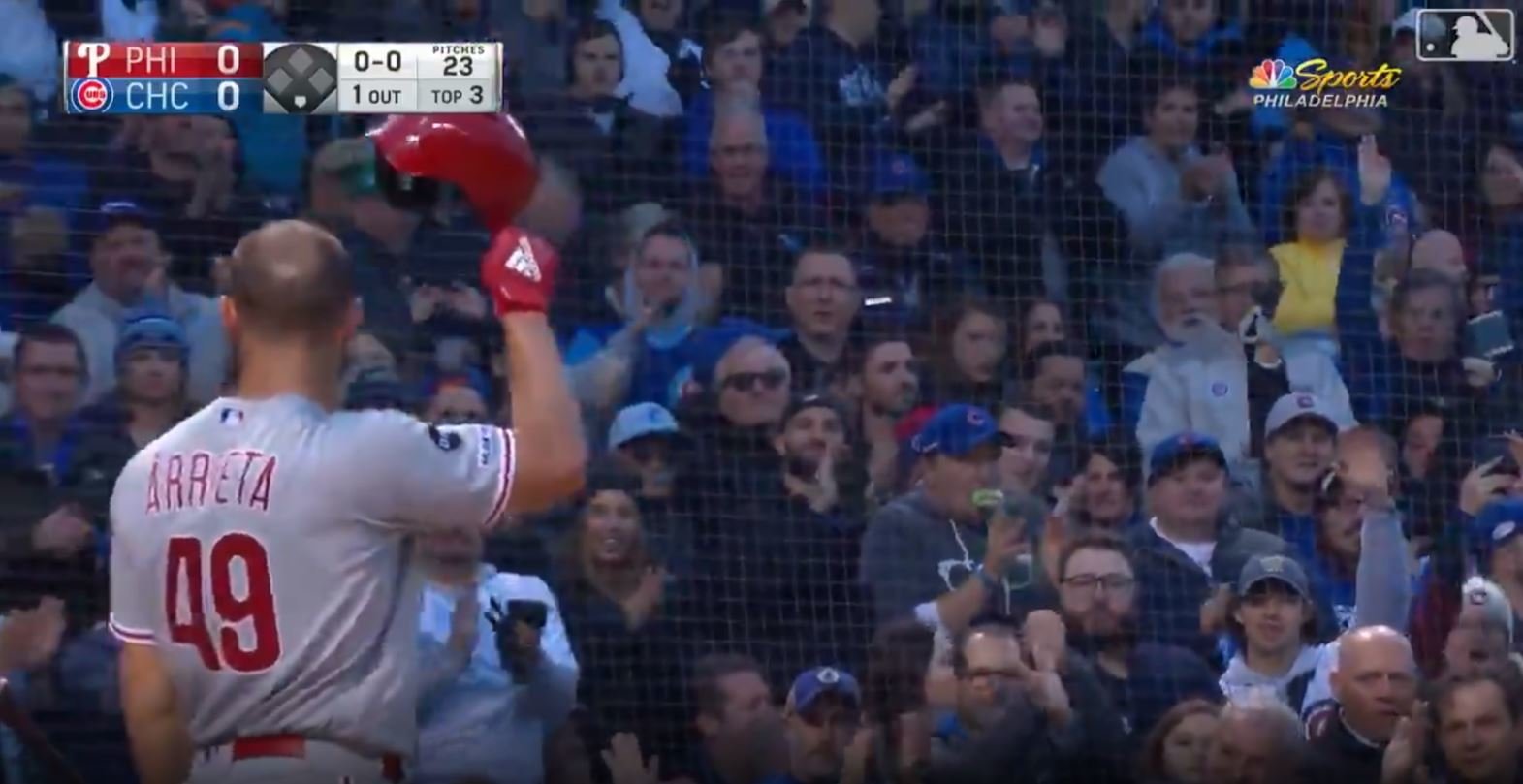 Making his first start at Wrigley Field since leaving the Chicago Cubs following the 2017 season, Philadelphia Phillies pitcher Jake Arrieta received a lengthy standing ovation from the Cubs fans in attendance on Monday. Appreciative of Arrieta's successful 5-year stint with the Cubs that include a Cy Young Award in 2015 and a World Series ring in 2016, the fans let Arrieta know that he still holds a special place in their hearts.

Of course, the Phillies visited the Friendly Confines for several games last year, but Arrieta never started while there. Therefore, in Arrieta's first at-bat of the night, the Bleacher Bums expressed their adoration for the former Cubs ace. Arrieta indicated his appreciation by tipping his batting helmet to the crowd in an expression of gratitude.