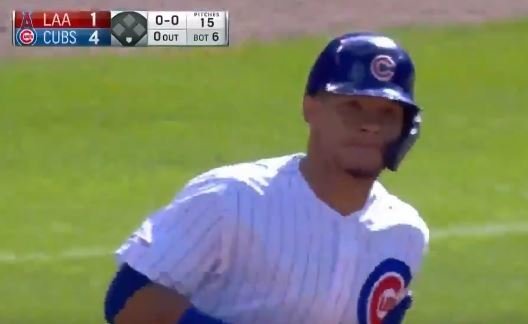 The Cubs offense is on fire showing off their power Friday against the Angels.

Cubs catcher Willson Contreras crushed his second homer of the afternoon to put the Cubs up 5-1 in the sixth inning.

The baseball traveled 443 feet onto Waveland.

Previously, he smacked a 460-foot homer out of the stadium which is a combined 903 feet.

It was his fifth homer of the season. According to NBC Sports Chicago, Contreras is the first catcher with five or more homers in the team's first 13 games of a season since Gabby Hartnett had five in 1934.

Contreras celebrating with his teammates in the dugout:

.@WContreras40 to Waveland 2.0. #Cubs rollin, 5-1 over Angels in the 7th. Catch the finish on @NBCSChicago pic.twitter.com/WtwD7MBbCD

Pics of the homers: